Warning: the video of this incident is disturbing.

The woman police identified as a suspect in the murder of a 74-year-old man who was pushed off of a bus in Las Vegas is out of jail ahead of trial. Cadesha Bishop, 25, posted $100,000 bond and will be under “high-level” electronic monitoring after she was charged in the death of Serge Fournier.

Disturbing surveillance video of the fatal push on March 21 circulated far and wide on the internet, as did the details that Bishop allegedly pushed Fournier after he asked her “to be nicer to the passengers.” She was reportedly yelling profanites.

Bishop’s young son was with her at the time. 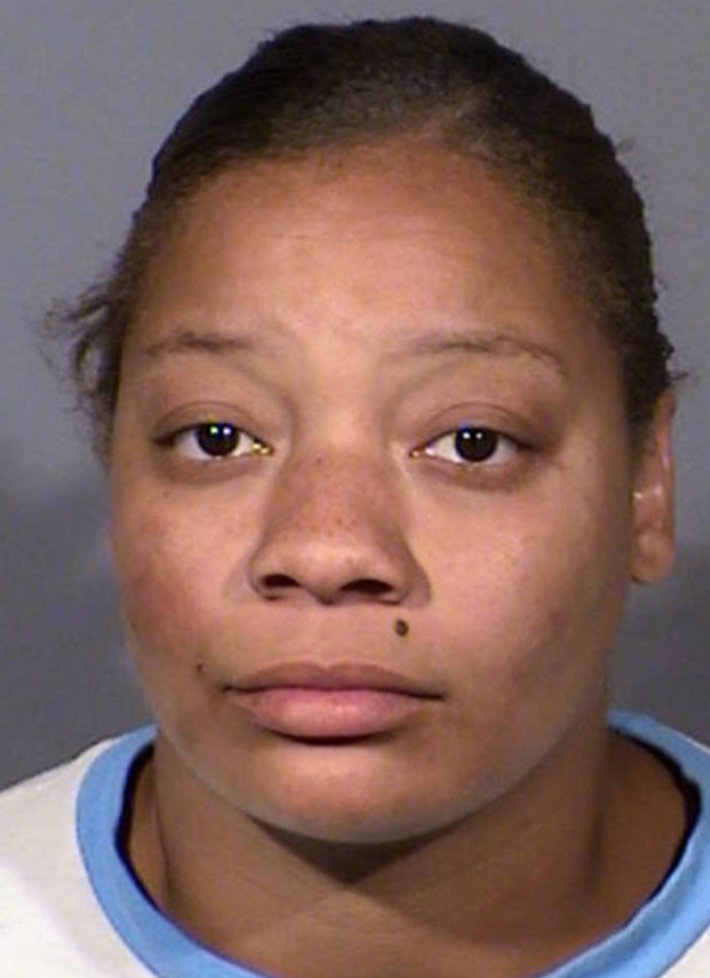 According to the Las Vegas Review-Journal, he died from complications of blunt force injuries he sustained from the fall.

Bishop was arrested on May 6, and a hearing has been set for May 23. CBS 8 reported that Bishop was convicted of domestic violence in 2012 and 2013.

Kia Lea, a neighbor of Bishop’s, recalled the day cops showed up to arrest her.

“I hear someone screaming saying ‘you can’t be in here. You don’t have a search warrant. What’s going on?’ Really crazy, and these are pretty quiet apartments,” Lea said.