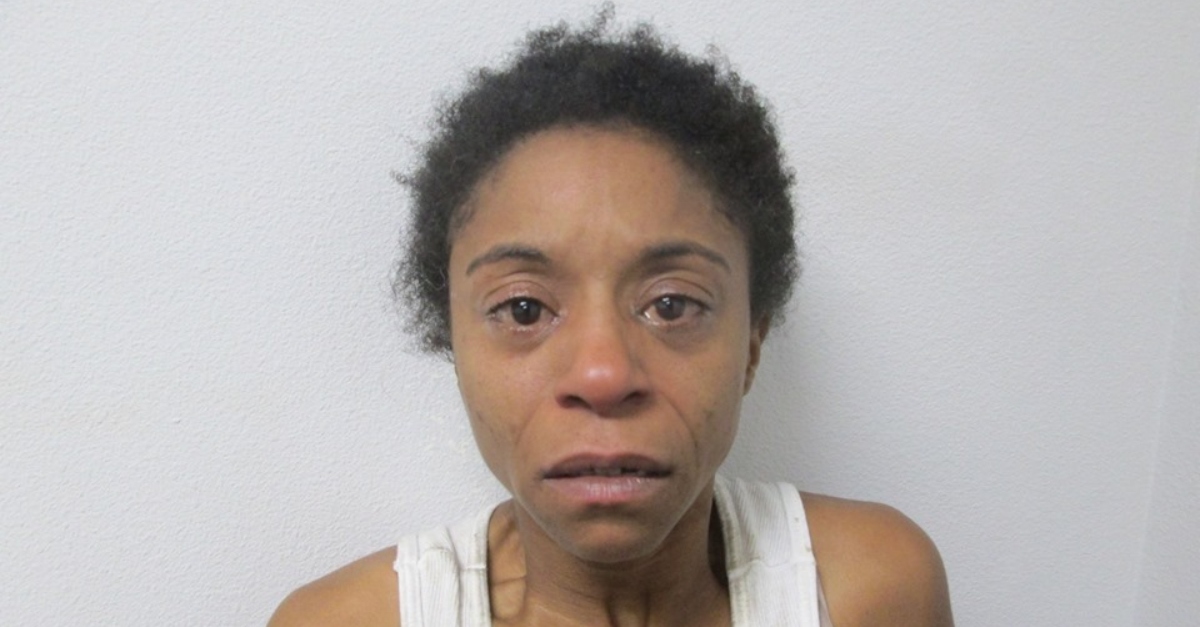 A woman in Ridgecrest, California is accused of trying to burn down a home while a man in a wheelchair was inside. Local woman Andrea Doss, 32, is being charged with attempted murder, and arson causing great bodily injury, according to the Ridgecrest Police Department.

Officers said they saw smoke coming from a residence Friday at about 2:10 p.m. They heard someone screaming from inside, and attempted to gain entry. The door was locked, but two people helped cops force open the shut front door.

Police said they found the victim in a wheelchair near the doorway, and they pulled this person out.

“I would like to personally thank Ridgecrest Police Sergeant Dan Armogida, Ridgecrest Police Officer John Gillett, California Highway Patrol Officer Aaron Maurer (Mojave CHP Office), and Ridgecrest citizens Matt Read and Joshua Pierce for their heroic efforts today,” said Chief Jed McLaughlin. “Due to their quick thinking and selfless actions they were able to remove two subjects from imminent danger. We will provide further details on the officer’s and citizen’s actions in the coming days.”

The person in the wheelchair was identified as a 50-year-old man, according to The Daily Independent. The rescuers saved him by tipping over the chair so he could breathe, then cutting him loose, said California Highway Patrol.

The fire was deemed suspicious, and officers determined Doss was a suspect, according to cops.

It unclear if Doss has an attorney in this matter. The nature of her connection to the alleged victim remains publicly known. Kern County Jail records show that she was booked Friday night. She is being held in lieu of $550,000 bond. A court hearing is scheduled for Wednesday at 9 a.m.