Woman Allegedly Ran Over Man in Parking Lot, Said ‘That’s What Happens When You Leave Your Wife’ 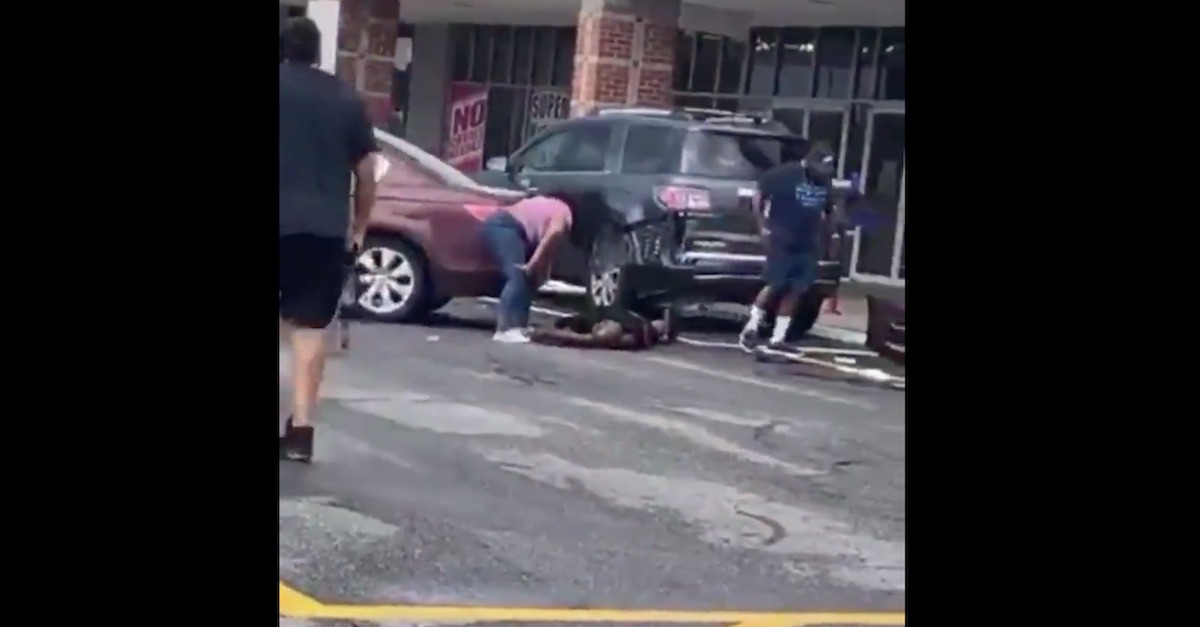 A 34-year-old woman from Portsmouth, Virginia, who was allegedly caught on video spitting on and shouting a man she ran over in a Norfolk parking lot last Thursday, has been charged with aggravated assault.

The suspect, identified as Bashirah Tripp, allegedly stood over the motionless and bleeding victim and told him, “that’s what happens when you leave your wife.”

“I gave you 18 years of my fucking life,” she reportedly added.

Video also shows the woman identified as Tripp tossing a bumper on the man’s body.

Per the Norfolk Police Department, the victim was hospitalized in critical condition with “life-threatening injuries”:

A Portsmouth woman has been arrested and charged for a domestic-related incident that happened Thursday afternoon at a Janaf Shopping Center.

Around 3:45 p.m. dispatchers received a report of a motor vehicle accident with injuries in the 5900 block of E. Virginia Beach Boulevard. When officers arrived, they found a man who had been struck by a vehicle. The man was transported to Sentara Norfolk General Hospital with life-threatening injuries and is currently in critical condition.

It’s unclear at this time if the man’s condition has improved.

One unidentified woman who witnessed the incident told WAVY it was a “horrible, horrible thing to see.” She recalled hearing the “vroom of the engine” and then “the crunches.”

“I was mortified because I thought a man had been run over,” she said. “When I saw the woman throw the bumper on top of his body, that wasn’t moving, face down and bleeding profusely, I knew something else was going on. I can’t assume it was an accident.”

Kayla Schweers, another witness, said that Tripp and the man had an argument. Tripp initially left, then came back to the scene and hit the man with her car, according to this account.

Tripp was arrested at the scene and booked on an aggravated assault charge, a felony. Her mugshot: 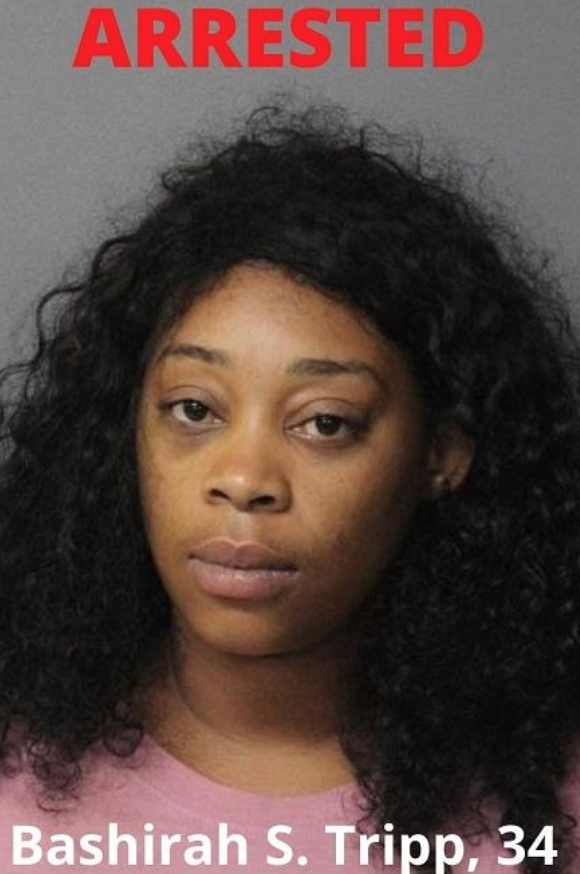 Records reviewed by Law&Crime show that Tripp is being held without bond at the Norfolk City Jail. She has a court hearing scheduled for 9 a.m. on Wednesday, Aug. 12.