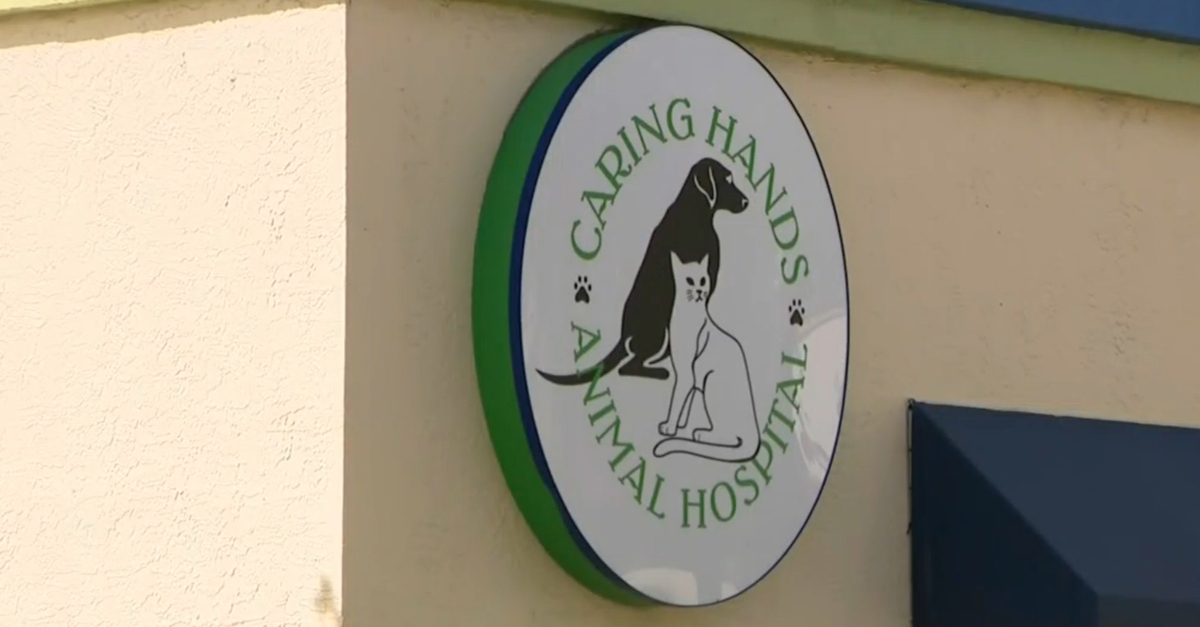 A veterinarian in Florida is accused of possessing child pornography and sexually abusing dogs. Though he isn’t charged with it, a criminal complaint also asserts that the defendant, Prentiss K. Madden, admitted in chat conversations uncovered by the authorities that he was abusing a boy aged 15 to 16.

Authorities say the investigation started after the online storage website Dropbox sent a tip to the National Center for Missing and Exploited Child. A user by the name of “Derrick Lane” posted 1,667 files of suspected child pornography. Investigators described footage as showing men abusing girls.

Investigators said Madden waived his Miranda rights verbally and in writing after law enforcement executed a search warrant at his home in Miami-Dade County on Feb. 24. He allegedly admitted owning electronic devices found there — including two iPhones — and he gave authorities the passwords.

According to the authorities, messages on one phone showed that he engaged with other people (who were unidentified in the complaint) in sharing images of abuse and in discussing it.

Madden allegedly wrote in a social media chat thread dated November 1, 2018 to April 23, 2019 that he was abusing a 15-year-old boy from Orlando.

“Except I still fuck the little dumb 15 yr old every now and then,” he allegedly said.

He also discussed abusing a young boy in a thread dating from May 20, 2019 to January 15, 2020. It is unclear if he was talking about the same child, but noted the teenager recently turned 16.

“I can’t believe I been fucking him for 2 yrs,” Madden allegedly wrote.

According to authorities, he also referenced a different child who he was “playing wrestle with.”

Then there’s the matter of the dogs. Citing social media threads and the Dropbox evidence, authorities said they recovered images and footage showing Madden abusing canines.

“I didn’t take one,” the veterinarian allegedly wrote. “I was keeping a dog that needed a home.”

Authorities also said that the EXIF data embedded in one file–in which a man is seen “engaging in sexual activity with a female dog”–had GPS coordinates going back to the animal hospital. Here’s how the document explains it:

“We at Caring Hands Animal Hospital are appalled by the nature of the charges against Prentiss Madden,” Caring Hands said in a statement to Law&Crime. “We immediately terminated Mr. Madden two weeks ago upon learning that he was under investigation for these heinous and unthinkable crimes. Our legal team, and every single member of the Caring Hands family will be doing everything in our power to aid law enforcement and facilitate their investigation and prosecution.”

Madden attorney Danise Ponton declined to comment on this case after Law&Crime reached out by phone, though she noted that the Constitution protects everyone no matter what they’re accused of doing.