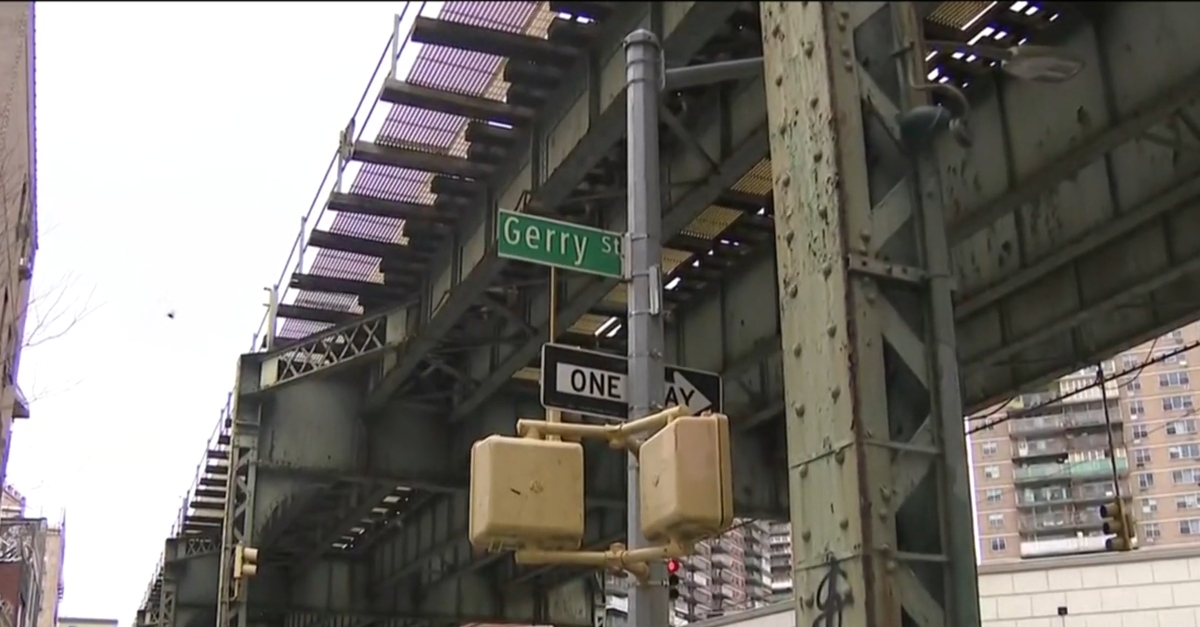 A 24-year-old woman has been charged for allegedly attacking a Jewish man in Williamsburg, Brooklyn on Wednesday.

Police responded to a 911 call regarding an attack near Gerry Street and Broadway, a police spokesperson told Law&Crime. Jasmine Lucas, 24, picked up the victim’s phone, and threw it at him, officers said. Meanwhile, a 34-year-old woman was yelling anti-Semitic slurs, police claim.

Lucas has been charged with a felony second-degree assault and criminal mischief. An NYPD police source said that the other woman was charged with a violation, so her name wasn’t released.

“They took him and threw him down to the ground, and broke his phone and threw the phone at his head,” witness Moses Weiser told CBS New York.

The incident follows a spate of high-profile allegedly anti-Semitic assaults in the New York region. This is reportedly the 13th attack on a Jewish person in New York City since Dec. 23, according to the outlet.

Up north in Rockland County, 37-year-old Grafton E. Thomas was allegedly the man who went to a rabbi’s home with a machete and attacked. He faces charges, including federal hate crimes. Five people were wounded. One of the victims is unlikely to wake from a coma, said that man’s family members.

Thomas’s attorney said the defendant suffered from mental illness, but had no history of anti-Semitism. According to federal authorities, however, there’s evidence that Thomas articulated “anti-Semitic statements,” and allegedly wrote that the “Hebrew Israelites” took from “powerful people (ebinoid Israelites),” in an apparent reference to the sometimes anti-Semitic movement the Black Hebrew Israelites. Thomas is black.

Another attack in Jersey City, New Jersey left four victims and two shooters dead. Two victims were Jewish. Officials said that the attackers David Anderson, 47, and Francine Graham, 50, were linked to the Black Hebrew Israelite movement, and had expressed anti-Semitic statements. The incident was being investigated as domestic terrorism.