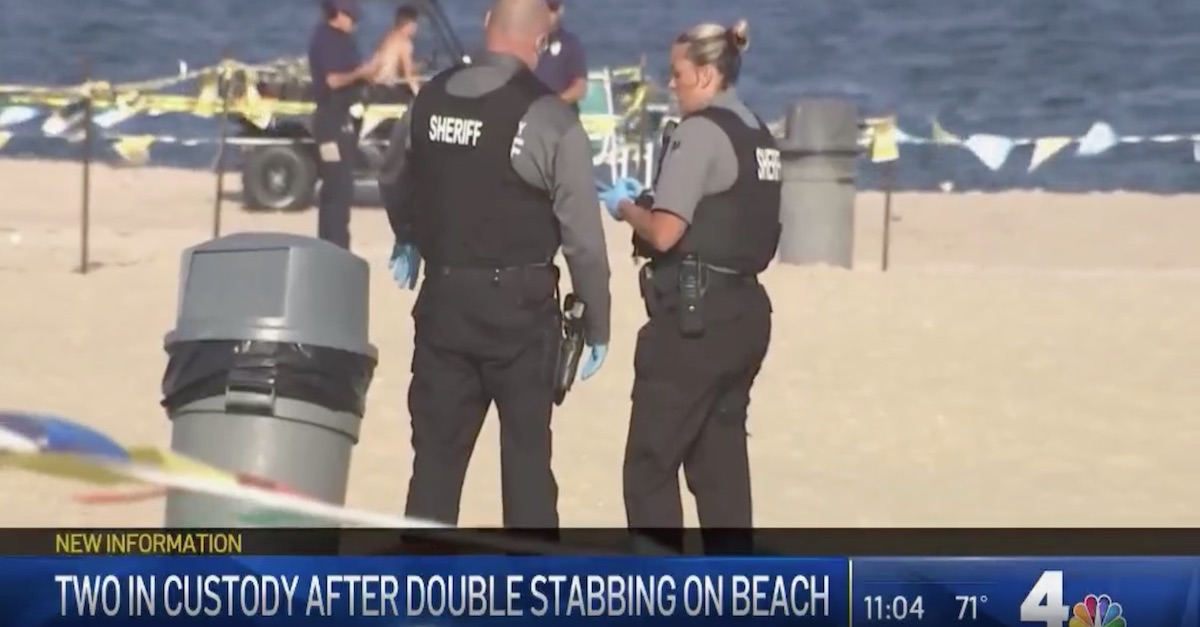 The point was unpleasant.

Labor Day beachgoers who witnesses say got into a heated argument over a woman ended up escalating the dispute into violence on Monday. The double stabbing in Point Pleasant, New Jersey ended with two in custody and two others with “serious” but survivable injuries.

Police identified the victims as 22-year-old Alex Galdamez and 18-year-old William Mazariegogo. They are reportedly in stable condition. Lifeguards could be seen responding in hurry.

Although two people were initially taken into custody in connection with the stabbing, authorities now say one suspect alone was responsible. The suspect, who is a minor, has not been identified. The 17-year-old male from Newark has been charged with two counts of attempted murder. He also faces an unspecified weapons charge.

NBC New York reported that a law enforcement source confirmed the violence was related to a “fight over a girl.”

This matched what at least one other witness of the melee said. “It sounded like the one guy was accusing another guy of hitting on a girl,” an unnamed woman said during an interview.

The Chief of Police will be issuing a statement on the incident at Jenkinsons Beach later this evening. Thanks to the…

“The Chief of Police will be issuing a statement on the incident at Jenkinsons Beach later this evening. Thanks to the quick and heroic work of our brave officers, the suspect is now in custody and there is no further threat to the public. Thank you as well to the lifeguards and first aid teams that responded equally as quickly,” Kanitra said on Monday.