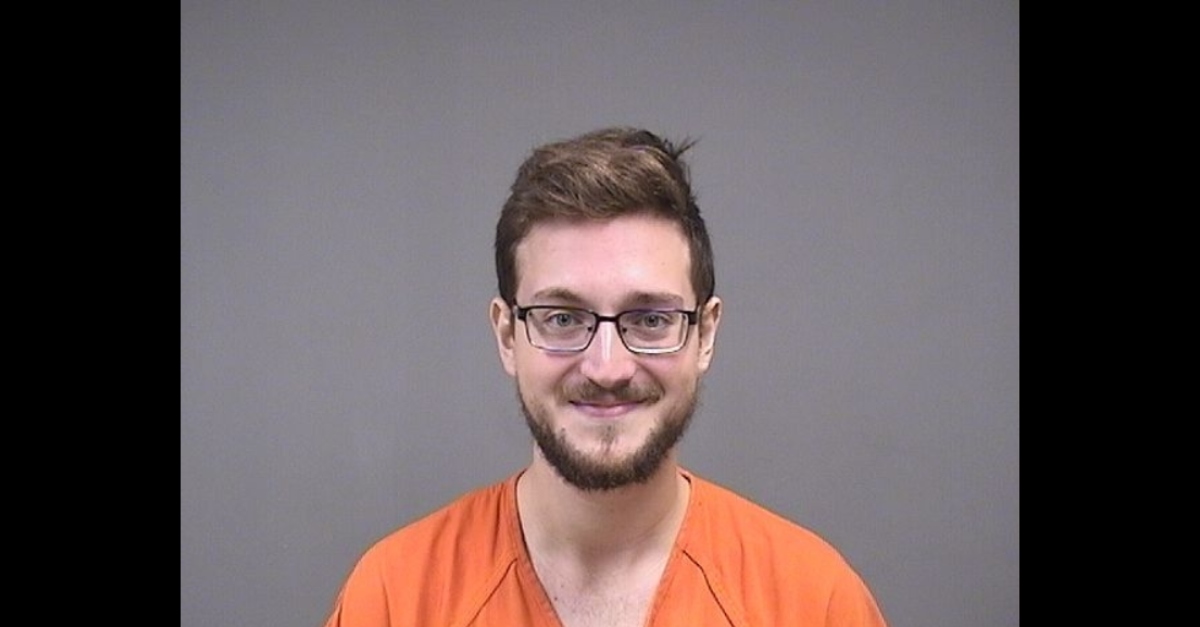 A self-proclaimed white nationalist made a perceived threat against a Jewish community center, say police in New Middletown, Ohio. James Patrick Reardon, 20, is charged with telecommunications harassment, and aggravated menacing, according to records viewed by Law&Crime.

“This is a person that has declared himself as a white nationalist,” New Middletown Police Chief Vince D’Egidio, according to ABC. “With the hate crimes and everything else going on, we want to make sure we do our part to make sure this person was taken off the streets very quickly.”

Police said the charges stem from one of Reardon’s Instagram posts, which they were made aware of on July 11. He tagged the Jewish Community Center of Youngstown in a video depicting a man firing a semi-automatic rifle amid sirens and screams, cops said.

“That kicked off an intense investigation, a very rapidly evolving investigation because of the way the world is,” said D’Egidio, according to WYTV.

Investigators determined this account belonged to Reardon. He reportedly was actually one of the attendees at the bloody Charlottesville “Unite the Right” rally in 2017. He allegedly spoke for a documentary, describing himself as a white nationalist, and saying he wanted a homeland for white people.

The FBI raided his home–they claimed to discover several semi-automatic weapons, a gas mark, bulletproof armor, as well as white nationalist and anti-Semitic–but not certain yet if Reardon will face federal charges.

It’s unclear if he has an attorney in the matter. Mahoning County Sheriff’s Office records show that he is being held in lieu of $250,000 bond.