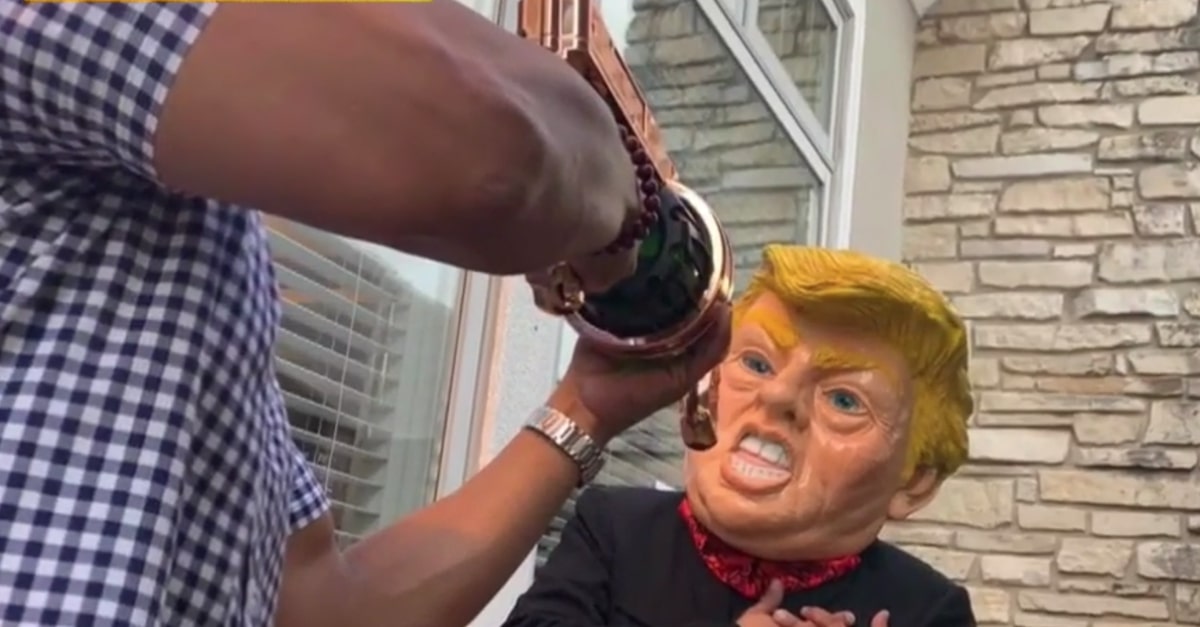 An Illinois state senator has apologized after pictures of his supporters staging a mock execution of President Donald Trump went viral on Saturday.

On Friday, Sen. Martin Sandoval (D-Chicago) held a fundraising event at the Klein Creek Golf Club, its $250 minimum donation ensuring that only the most fervent supporters would attend. Some supporters came to the event wearing costumes–mainly those of various characters from the Marvel Cinematic Universe.

A political fundraiser for @SenatorSandoval simulates an assassination attempt against a mock @realDonaldTrump decked out in Mexican garb. Looks like a man pointed a fake assault weapon at the fake President to pose for a picture. pic.twitter.com/MlT9zjB1mn

At the same time, one man reportedly came dressed in an ensemble that was a combination of some sort of Zorro costume and a Donald Trump mask. Another individual reportedly pointed a plastic Tommy Gun at this person’s head and staged a mock assassination. Sen. Sandoval was later seen taking a picture with the man who held this plastic weapon.

Immediately following the fundraiser, the mock execution drew criticism from both sides of the political aisle. In the wake of the shootings in El Paso and Dayton, as well as the increasing hostility between fringe political groups on the left and right, many found the photos to be wrong.

“As our nation grapples with the epidemic of gun violence, purposely pointing a fake gun at anyone is insensitive and wrong,” Illinois Governer J.B. Pritzker (D) said following the posting of the pictures on Facebook. “I condemn actions like the ones displayed in the pictures because they lack the civility our politics demands.”

For his part, Sandoval apologized quickly.

“The incident that took place is unacceptable,” he said. “I don’t condone violence toward the President or anyone else. I apologize that something like this happened at my event.”

The Republican Party of Illinois strongly voiced its disapproval.

“The apology from Sen. Sandoval for the detestable pictures from his event depicting an assassination of President Trump is too little, too late,” Illinois Republican Party Chairman Tim Schneider said through a spokesman. “Dangerous imagery like this will be condemned and seen as inappropriate by people of sound mind; however, a mentally unstable individual who wants to harm President Trump might find them as an inspiration.”