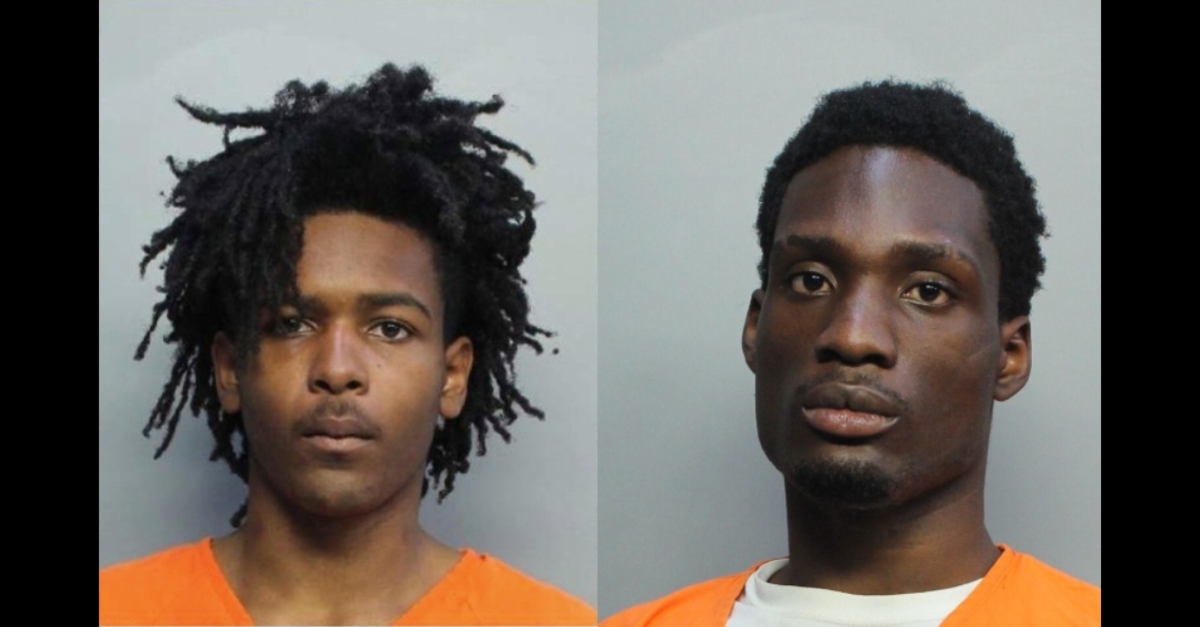 Two 19-year-olds are accused of fatally shooting a high school senior and injuring her boyfriend.

Adrian Cosby and George Walton face charges including second-degree murder and robbery in the death of Andrea Camps Lacayo, 18, according to The Miami Herald. This was a shoe deal turned violent, said Miami-Dade officers.

According to the police account, the victim’s boyfriend was trying to sell the defendants three pairs of Adidas Yeezy sneakers for $935. Apparently, the alleged shooters had no plans on carrying out the purchase. Later, Walton allegedly confessed to police that his idea was to steal the sneakers when he tried them on. The thing is, this turned violent, according to the police. He allegedly asked to put on the shoes, and Cosby sneaked up and shot at Camps and her boyfriend while the couple sat in a car. Camps was hit in the torso. Her boyfriend’s arm was grazed, police said in the Herald report.

The defendants lived together, and the arrests came when police raided their home. The boyfriend identified Cosby as the actual shooter, police said.

Both Camps and her boyfriend attended the Terra Environmental Research Institute, a high school.

“The loss is immeasurable but so is the love left behind,” the school said in an April 8 statement. “Our TERRA Family is mourning the loss of Andrea Camps, a member of the Class of 2020. Please join us as we keep her friends and family in our prayers.”