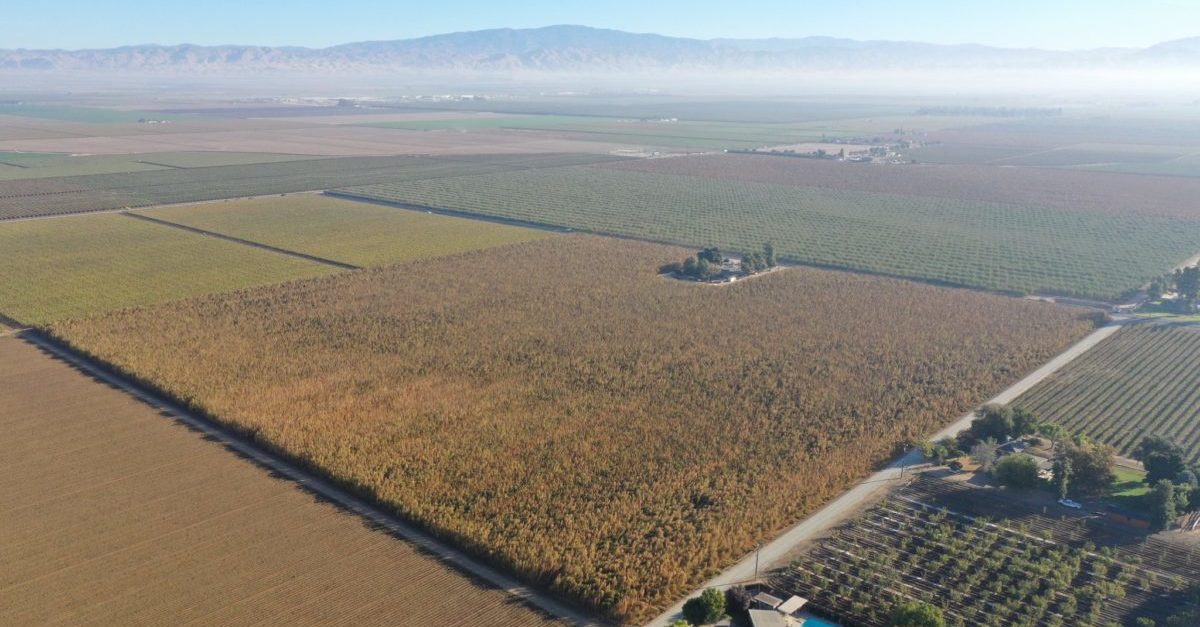 A California company which grew 500 acres of what it says was hemp for what it calls medical and research purposes has filed a lawsuit against a county sheriff’s department and other government actors. The suit accuses the defendants of what is alleged to be “one of the largest wholesale destructions of personal property by government entities in the history of the United States.” The sheriff’s office responsible for the raid has said the company was growing cannabis, not hemp, and therefore violated the law.

The plaintiff, Apothio LLC, claims its crop was worth $1 billion when agents from the Kern County, Calif. Sheriff’s Office, the Department of Fish and Wildlife, and a series of named and unnamed agents showed up “in full tactical gear” and “ordered … farmers to bulldoze and bury … legal hemp crops.” Apothio said it was cultivating the hemp for the laudable goals of “foods, nutraceuticals, and (eventually) pharmaceuticals, including to treat Dravet syndrome and other life-threatening types of epilepsy,” the lawsuit states. The loss wasn’t just direct sales. “[T]he reckless and haphazard destruction of Apothio’s crops demolished Apothio’s carefully organized system for tracking the genetic and phenotypic properties of those plants, depriving Apothio of vital research and intellectual property,” the lawsuit says.

The raid happened in October 2019. Apothio, in its grandiose lawsuit, said it was “legally authorized to research and commercialize hemp under both federal and state law” and cited 7 U.S.C. § 5940(b) to back up that premise.

One potential problem with Apothio’s claim is that § 5940(b), which sets forth the federal standard for industrial hemp research, applies to only “an institution of higher education” or to a “state.” The cited law does not appear to apply to private companies. Apothio admits it is a limited liability corporation.

Apothio further cited Cal. Food & Ag. Code § 81000 et seq. and additional federal law to support its assertion that it was operating in the clear.

Among the claims in the lawsuit are accusations that the sheriff’s department obtained a defective warrant which contained an incorrect physical description of the hair color and eye color of Apothio Founder and Managing Partner Trent Jones. The warrant also gave an incorrect social security number for Jones. The warrant furthermore, according to the lawsuit, did not contain a “statement of probable cause,” despite the warrant saying the probable cause statement had to be “attached and incorporated” thereto. (County officials have henceforth refused to provide the probable cause document, according to the lawsuit.) Additionally, the warrant called for the sheriff’s department to destroy “marijuana,” not “hemp,” and the defendant adamantly says it was growing the latter.

The lawsuit also says the warrant flew in the face of multiple meetings and communications between Apothio and county officials, including the sheriff’s department, which sought to keep the operation legal.

A press release posted to Facebook by the Kern County Sheriff and which appeals to deal with the Apothio crop says the sheriff acted upon tips and found “hemp cultivation sites that were actively cultivating cannabis.” In a “joint investigation” (pun unintentional?) with other agencies, the sheriff “seized and eradicated approximately 10 million marijuana plants.” The sheriff noted the value as “over $1 billion on the black market … grown under the guise of legitimate hemp production.” After a recitation of various laws, the sheriff ended with this: “[p]reliminary testing showed the levels of THC in these fields were well over the legal limit for industrial hemp production and were in fact cannabis.”

In a press release, Katherine Eskovitz, one of Apothio’s attorneys, said that the plaintiff company’s research involved “research on non-psychoactive CBD and other cannabinoids to treat epilepsy and other life-threatening conditions.” The raid occurred despite the company being “transparent with government officials about its operations in Kern County, which it conducted by the book.”

Another attorney on the case, Joseph Delich, cited reports in the Guardian to accuse the sheriff’s office of “an alleged history of trampling on civil and constitutional rights … we believe that the crop destruction alleged in this case is yet another egregious abuse of government power.” (The Guardian’s work included accusing the sheriff’s office of killing more people per capita than any other county, settling a $1 million sex assault claim against an officer, dol[ing] out “rough justice,” and saying it was “better financially” to kill suspects than to injure them.)

The lawsuit does not ask for any particular dollar amount in damages, but says it seeks “general and compensatory damages in an amount according to proof,” and the damages seem to be agreed upon — if nothing illegal occured here — at $1 billion. The lawsuit also seeks special damages, exemplary and punitive damages, costs, attorney’s fees, an injunction against future actions by the sheriff against the company, and other relief.