An otherwise mundane Florida drunken driving arrest on Wednesday last week has attracted attention due to the vehicle involved in the alleged infraction: the defendant was riding a lawnmower in the middle of the right-hand lane of a county highway.

A video shared on social media by the county sheriff the following Monday shows a squad car approaching Paul Burke, 48, of Ft. McCoy, on Highway 316 in Marion County.  The video shows another vehicle swerving into the left-hand lane to avoid and to pass Burke on his lawn mower.

Burke told the deputy he’d had “a couple” of drinks that night.  The deputy seemed surprised and said it was probably “a little more than a couple.”

“I’m just going home,” Burke said in response to questions about where he was going.  When asked where was coming from, Burke said, “my house.”

Burke said he was just driving around.

“I have been drinking,” Burke later said.  He said there was “no sense” in doing field sobriety tests.

Burke stumbled while performing the tests, which he said he would try to perform.

Burke said he had “no license” but did have an ID. 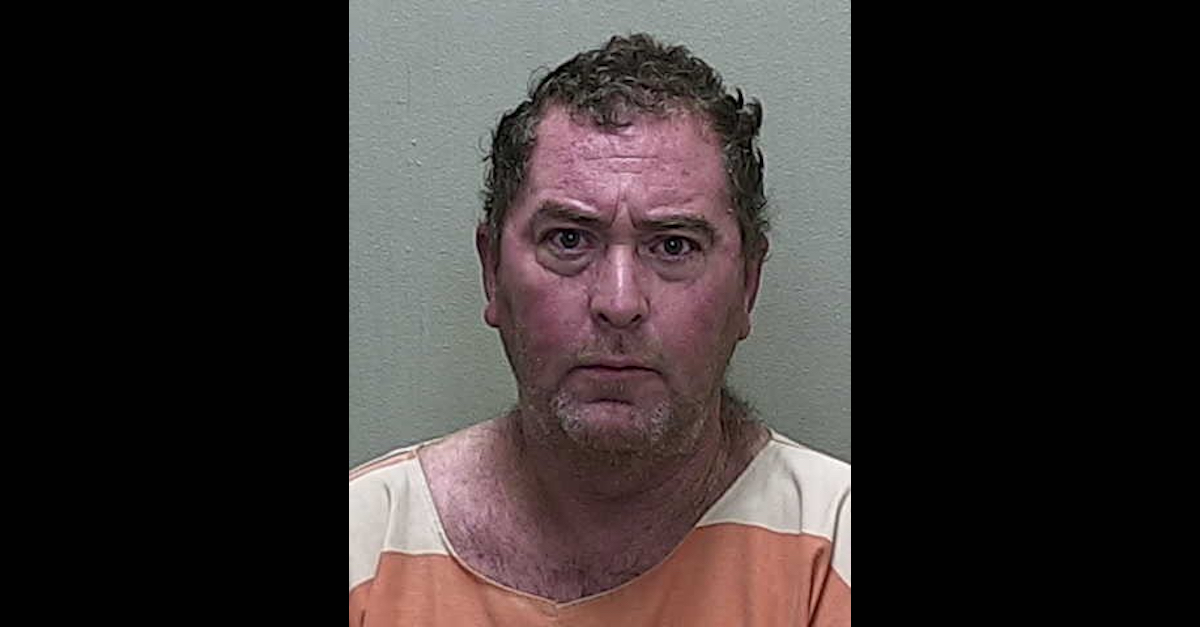 “I’m trying to be the nicest guy as I can,” Burke said.  “If you want to take me to jail, I cannot walk like that,” he added.  “I’ve been drinking too much.”

When told the exercises would help determine his status as intoxicated or not, Burke admitted, “I have had maybe a little too much to drink tonight.”

Burke said he was driving his lawnmower on the side of the road.  He was actually in the middle, the deputy noted.

“Can you give me a ticket and be done with that?” Burke asked.

The deputy again asked if Burke wanted to do the field sobriety tests.

“Paul Burke has three prior DUI convictions,” the sheriff’s department wrote on Facebook.  Burke “had his license suspended three times” and “revoked four times” over both DUI and accusations that he refused to submit a breath sample.  “When Deputy Jentsch made contact with Burke [on the lawnmower], he could smell the alcohol coming from his breath and his speech was slurred. Burked attempted to do the field sobriety but stated he couldn’t do it because he had been drinking too much. He was arrested and transported to the Gold Star Hotel.”

According to online jail records viewed by Law&Crime, Burke was arrested Aug. 5 and released on bond Aug. 7th.  He is charged with DUI as a fourth or subsequent offense, refusing to submit to a DUI test after a license suspension, and driving a moving vehicle with a suspended license (3rd or subsequent offense).