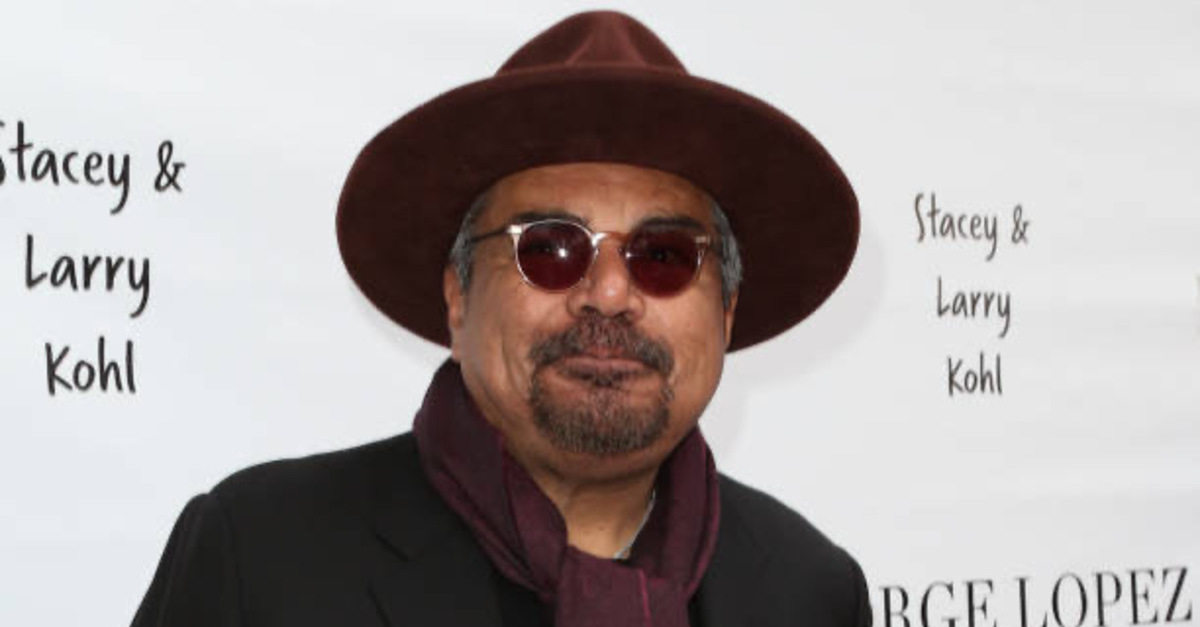 The U.S. Secret Service is reportedly apprised of the Instagram comment made by comedian George Lopez in regard to a rumored “bounty” placed on President Donald Trump’s head by the Islamic Republic of Iran.

The internet swooned over the weekend after an unsubstantiated story published by an English tabloid claimed that Iran itself had offered an $80 million bounty on Trump.

“We’ll do it for half,” Lopez jokingly posted.

Many jokes about the tabloid article were made on Twitter and other social media websites—and many Americans took the unlikely offer in stride. But apparently not the agency tasked with protecting the president and cyber security.

“The Secret Service is aware of the Tweet made by Mr. Lopez,” the law enforcement agency said in a statement. “The Secret Service takes all threats against the President and or any of our protectees seriously, and as a matter of practice, we do not comment on matters involving protective intelligence.”

According to American tabloid TMZ, the Secret Service is expending time and money to ascertain whether Lopez actually meant to threaten the 45th president’s life.

[TMZ is] being told part of the process in making this determination will include an interview with GL in some fashion, preferably a face-to-face. One source tells us George can probably expect a knock on his door soon, and he’ll be finding agents on the other side.

The original reporting on that alleged bounty from the London-based Daily Mirror appears to have relied on a statement made by an upset attendee at the funeral for assassinated Iranian general Qassem Soleimani. The mourner was one of millions of everyday Iranians who attended the slain general’s funeral and their comments were broadcast on Iranian television—which was covering the unprecedented funeral in real time.

Delete Your Account podcast host Kumars Salehi cautioned against reading too much into that so-called “bounty” from a person who has yet to even be identified.

this is incredibly misleading and dangerous. Iranian news is broadcasting coverage of the funeral rallies, because it’s news. This is obviously just coming from one protest speaker, the equivalent of someone from fucking Code Pink: https://t.co/27VbhpMyTS https://t.co/dOy800x1aA

A representative for Lopez noted that the comedian’s post was clearly “a joke” in a statement to the New York Daily News.

It appears, however, the Secret Service isn’t in the habit—or business—of getting jokes and is looking into the Instagram comment as a serious potential threat.

The upshot of her lengthy analysis:

[N]ot all utterances amount to “threats.” Whether dealing with potential threats against presidents or anyone else, courts have long interpreted jokes to fall outside the definition of a threat. Two factors are key to determining the difference between a threat and a joke: 1) the subjective intent of the speaker; and 2) whether a reasonable person would interpret the communication to be a joke.

“Lopez is a professional comedian long-known for making ethnic jokes precisely like the one in his Instagram comment,” she continued. “Furthermore, the context in which the statement was uttered is relevant. A comment made on social media – a forum in which jokes are commonplace – is less likely to be deemed a ‘threat’ than the same comment made in other contexts.”