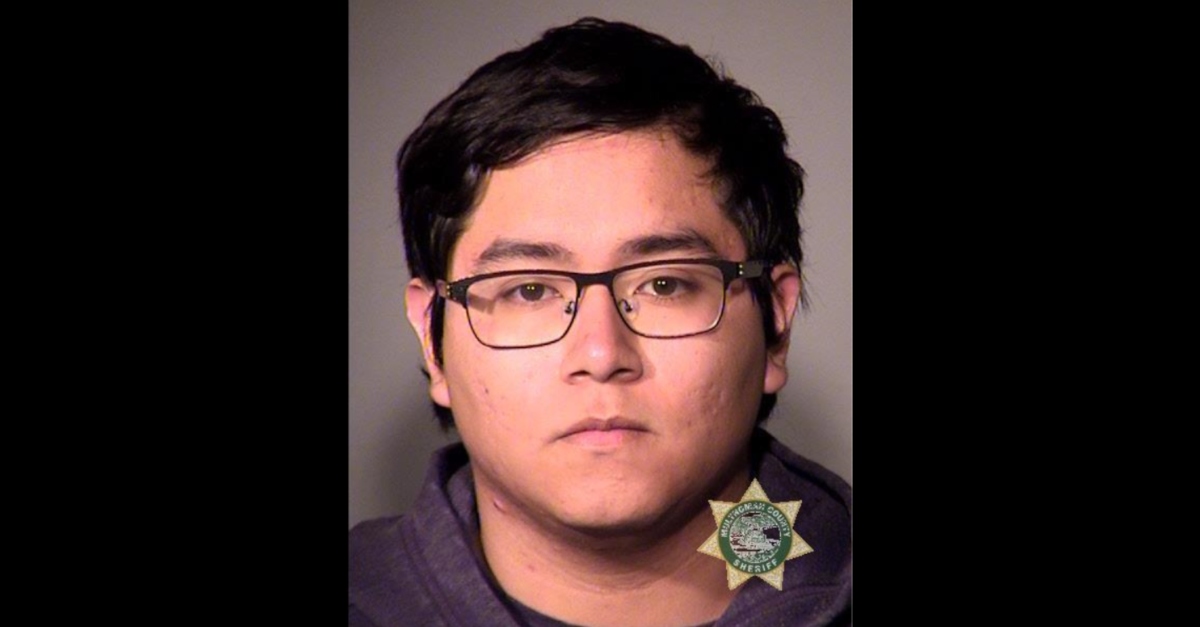 Police in Portland, Oregon have identified the alleged gunman at Parkrose High School. He’s 18-year-old Angel Granados Dias. Cops said he entered a classroom armed with a shotgun, but a staff member subdued him. There were no victims, and it was unclear if any shots were fired.

“Incidents such as the one that occurred today strikes the worst fear in the hearts of students and parents,” said Chief Danielle Outlaw. “The officers and school staff worked together to respond quickly and ensure the safety of all involved. I commend the school staff member who displayed quick actions and bravery when he confronted the subject.”

Student Preston Anderson, 17, and Sair Nunez, 19, said that they and other students fled the scene. They recognized the gunman, but said they didn’t know him well.

Parkrose HS seniors Preston Anderson, 17, & Sair Nunez, 19 said they were in their government class in the Fine Arts building when a male classmate came in with a gun and was subdued by Keanon Lowe, a coach at the school. pic.twitter.com/aKU4zPj8XD

That staff member was identified as Keanon Lowe. He was a standout football player in high school and college, and grew up to coach at the school.

“I’m just happy everyone was OK,” Lowe told The Oregonian. “I’m happy I was able to be there for the kids and for the community.”

Cops have said nothing about the suspect’s alleged motive.

Ashton Caudle, an 18-year-old senior, told the outlet that Dias had transferred to school this year. He and other students planned to speak to a counselor at lunchtime because the teen had discussed committing suicide, he said.