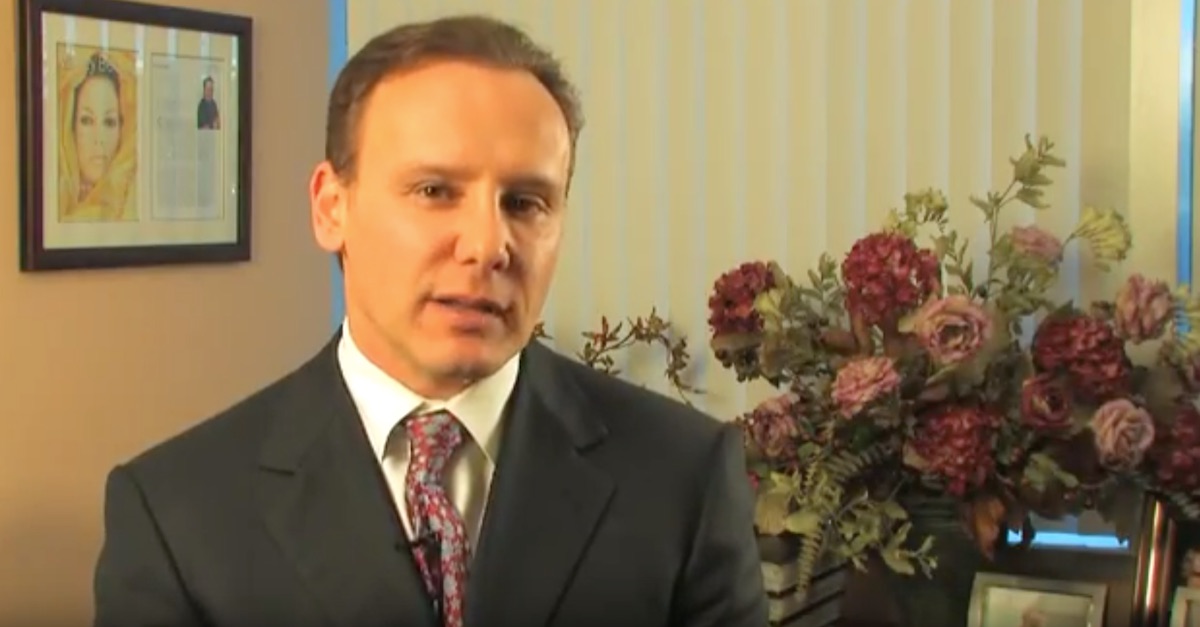 Miami-based plastic surgeon Dr. Leonard Hochstein, a so-called “surgeon to the stars” known as “Boob God,” is suing two of his former patients because they composed negative Yelp reviews he claims were a) inaccurate and b) damaging to his reputation.

Hochstein, who has appeared on The Real Housewives of Miami, claims that Nicole George and Kristen LaPointe told falsehoods online about their experiences.

Hochstein told NBC Miami that he was defending himself “against things that [he knows] didn’t happen.”

“My reputation is the most important thing to me. My patients come to me strictly through word of mouth,” he added.

George apparently claimed online that her “mommy makeover” went south, saying “I really do feel I wasn’t taken care of in the best manner.” But that’s not all. George claimed that Hochstein said “Your case is not significant to me.” She claimed that she was “devastated” by this.

LaPointe also left multiple negative reviews. One said: “I went in for a breast augmentation. I was very unhappy with the results. The implant put in wasn’t even the size I requested, he put in 55cc over what I wanted. I had made this very clear that I didn’t want to go over that size. I also have horrible scarring.”

Interestingly, LaPointe acknowledged that she had signed a non-disparagement form warning her of $20,000 penalties, but she said these things nonetheless.

“Before surgery he makes you sign a form saying he can charge you $20k per negative comment. Every revision surgeon I went to, to fix the problems that occurred after having surgery with Hochstein, highly recommended not using a surgeon who would make a patient sign such a document,” she said.

Hochstein said online that it was a “fake review written by a person I am currently suing for writing fake reviews.”

“I have never sued anyone for writing anything honest even if I disagreed with the opinion,” he claimed. He also alleged that LaPointe and her husband created multiple accounts to write fake reviews.

“Be honest, tell the truth,” Hochstein said later. “There’s nothing wrong with saying ‘I didn’t like my surgery, I didn’t like how it went’ and just stop there, don’t make things up.”

George had also signed a non-disparagement agreement before going under the knife, but she also wrote the reviews in question. She claimed that she “put [her] name on the document because I thought it was standard for all plastic surgeons.”

“All I ever wanted was for people to be honest,” Hochstein told NBC Miami. He also claimed that the non-disparagement agreement idea went into place in 2016 after a former patient threatened to post a fake picture online of a botched procedure.

Although LaPointe removed some of her comments from the various sites she left them on, both she and George still claim that they were telling the truth.

“If you can’t give a real honest review, negative or positive, what kind of practice are you?” George wondered.

Here’s a video of Hochstein speaking about women who have come to him with a case of breast augmentation gone very, very wrong.

“I have had the pleasure of treating some of these women who have had horrible, terrible results,” he said.