Mom: My 33-Year-Old Son Flushed My Parents’ Ashes Down the Toilet After I Kicked Him Out 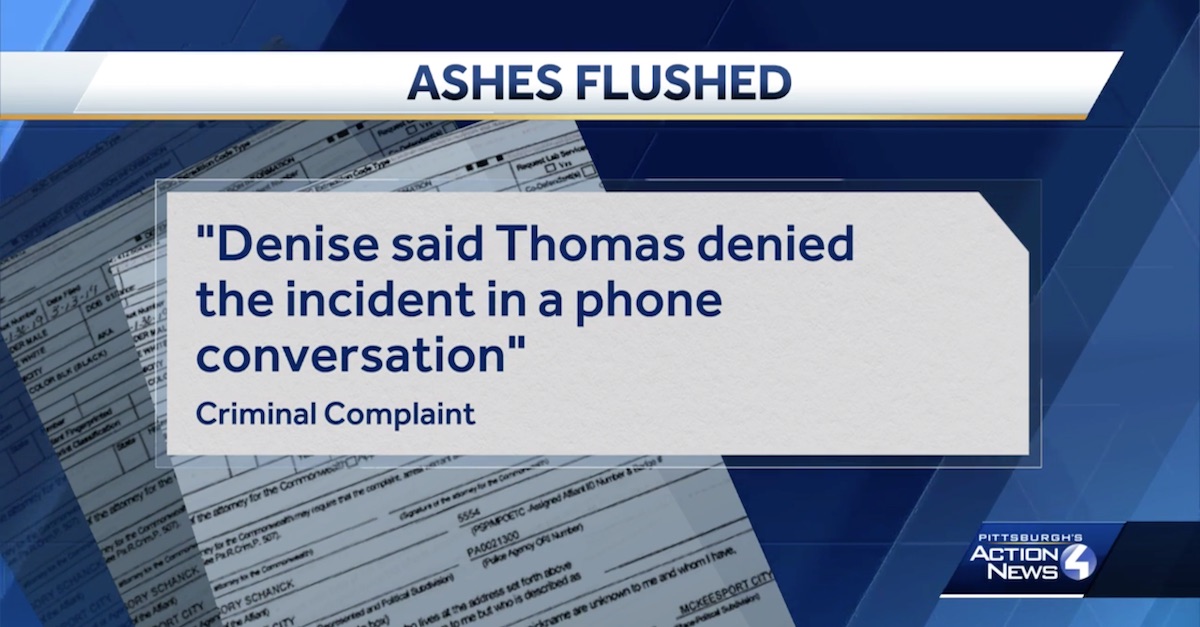 There is never a shortage of outrageous incidents in the news, especially ones stemming from domestic disputes. Nonetheless, brace yourselves for the story we are about to discuss.

A 33-year-old Pennsylvania man faces two counts of abuse of a corpse and one count of criminal mischief after he allegedly admitted to flushing his grandparents’ ashes down the toilet in response to his mother evicting him from her home. She said that she did this due to his alcohol and marijuana consumption, WTAE reported.

The story goes that McKeesport man Thomas Porter Wells had an argument with his mother over these habits in September 2018 that resulted in her telling him it was time to leave the home.

Denise Porter told police that she only realized that her parents’ ashes were missing when another family called it to her attention — in February 2019! The woman said that she confronted her son about this and he initially denied being the one responsible during a phone call. The ashes were stored in a box in Porter’s bedroom, where there was also a memorial on display, TribLIVE reported.

Wells’ mother, however, said that he later sent her a text message saying “Yup and soon as you die you’ll be going in the same spot where you belong down the [expletive] you [expletive].” You can probably fill in the blanks based on the context.

After Wells was arraigned on Monday, he was let out on bond. A hearing is scheduled for May 13.