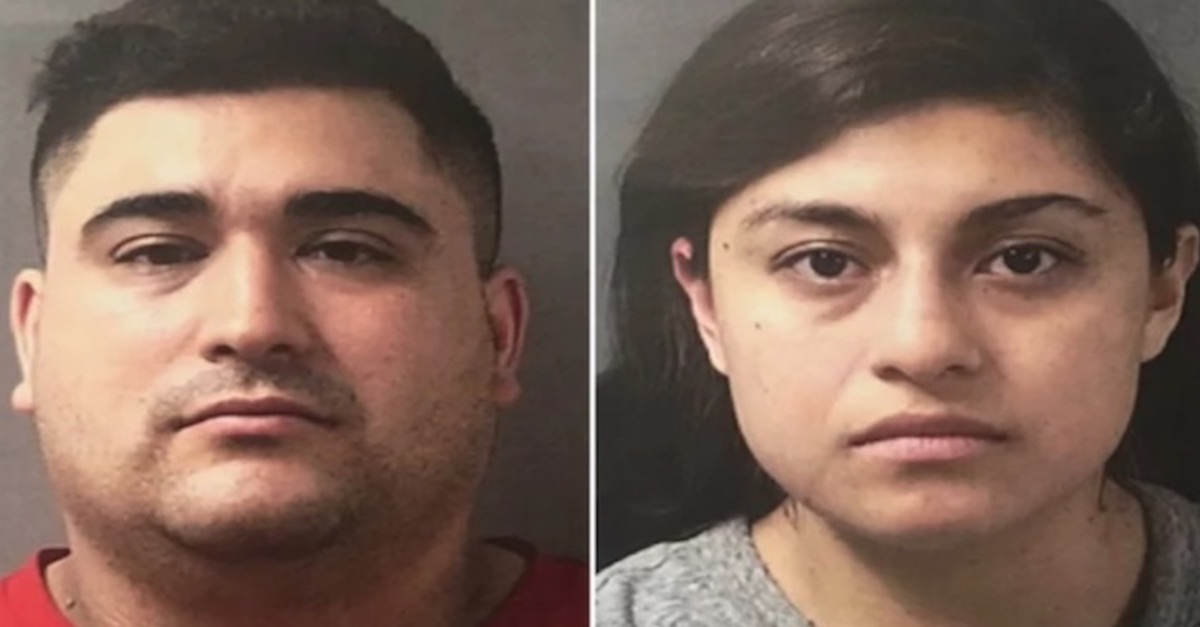 Indiana police have arrested the father and stepmother of a now-deceased 12-year-old boy after the couple allegedly starved the child. The couple is also accused of restraining the child and putting a shock-collar around his neck while he was in a tub.

Luis Fosso, 32, and Dayan Media Flores, 25, were each charged Tuesday with three counts of neglect and one count of confinement. Fosso was charged with an additional count of domestic battery. The sheriff said that murder charges have not yet be filed and are pending forensic testing that will formally determine the cause of death.

Monroe County Sheriff Brad Swain said at a news conference that this is the worst child abuse case he has seen in his 30 years on the job. Eduardo Fosso “lived a very sad life, a lot of times under restraint, and his life gradually diminished after repeated acts of abuse by his father with the … knowledge of his stepmother,” Swain said.

Monroe County Sheriff Brad Swain said this is the worst case of child abuse he has seen in 30 years.https://t.co/XaRIgFc253

Joani Shields, Monroe County coroner, said the child was “severely emaciated, weighing approximately 50 to 55 pounds” and had bruises “all over” his body.

The sheriff said that the couple’s three other children (a 9-year-old girl, a 5-year-old boy and a 2-year-old boy) seemed healthy, and were handed over to child protective services.

Fosso and Flores were passing through Bloomfield, Indiana with their four children. They were working for a traveling circus to pass out promotional ads.

Police were first notified of suspected abuse when Luis Fosso brought his son to a local hospital after the child stopped breathing. Lieutenant Jennifer Allen said that boy was declared dead just 13 minutes after coming to the hospital.

A housekeeper told the police said she noticed a camera from a security system in Fosso and Flores’ room. Detectives found an app on one of the parents’ cell phones; it controlled the security camera. The police found photographs and a video of Eduardo Fosso in hotel bathtub with a dog shock-collar around his neck.

Allen said that she and her colleagues are in “disbelief, horror, shock” by what they found. “There’s really no words for this type of abuse, and how it affects all of us,” she said.