Killer Chris Watts Is Supposedly ‘Triggered’ by ‘American Murder: The Family Next Door‘ Documentary He Hasn’t Watched and May Never See 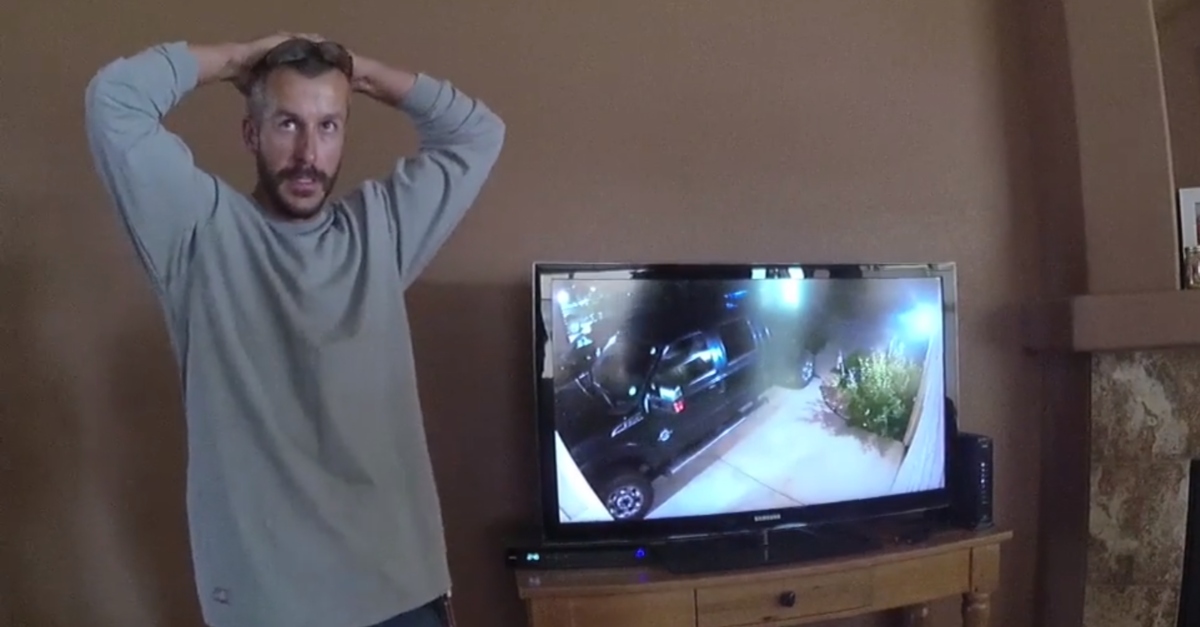 The documentary, often chilling and excruciatingly sad, focused heavily on Shanann Watts’s online and text message activity in the weeks and months before her husband killed her and disposed of her body in a shallow grave on his employer’s property. Chris Watts then killed his daughters Bella, 4, and Celeste, 3, and shoved their bodies into oil tanks. He strangled Celeste first. According to Watts’s full confession, which he agreed to make in exchange for prosecutors taking the death penalty off of the table, Bella’s last words were “Daddy, no!”

The documentary showed videos of the happy little girls lovingly embracing their grandparents, talking about how much they liked school, and singing that their father was a hero and protector. The production also showed video of the moment that Shanann informed Chris that she was pregnant with their third child—whom they later learned was a boy and whom they later named Nico.

Shanann was wearing an “Oops we did it again” shirt. Chris, when shown the positive pregnancy test, could only say in now-unconvincing terms that the pregnancy was “awesome.” Shanann believed it would make Chris happy if they had a boy.

The documentary also featured text message confrontations between Chris and Shanann, in which he was apologetic for his distant behavior and insisted that there was no other woman.

Shanann, for instance, traveled to North Carolina with her daughters for several weeks and was disturbed that Chris barely kept in contact at all and showed little to no interest in how Bella and Celeste were doing.

All the while, Chris Watts was having an affair with co-worker Nichol Kessinger, whom he lied to as well. While Watts told Kessinger that he was a father, he also said he and Shanann were in the process of separating. The documentary showed Kessinger’s anagnorisis. When speaking with police, Kessinger said she was as shocked and stunned as anyone that Watts would kill his pregnant wife and kids; she said she realized that Watts had only ever told her lies. The documentary showed pictures of Chris Watts and Kessinger doing anything from hiking to posing for suggestive selfies.

American Murder: The Family Next Door also focused on Watts’ despicable attempt to pin the murders on Shanann after he was confronted by investigators with a failed polygraph test. Video of that confrontation and Watts’s ensuing lie to his father about what happened has been online for some time.

The documentary also showed the heartbreaking impact that the case—and the insane vitriol from certain quarters of the public online—had on Shanann’s loved ones, the Rzucek family.

According to People magazine, which cited a source in “regular contact” with Watts, the incarcerated-for-three-lifetimes inmate is aware of the documentary and “triggered” by it—even though he hasn’t watched it (because he isn’t allowed to) and even though he may never watch it.

“He can’t see it, and he’ll probably never see it,” the person said. “He’s curious about it, but he hates even knowing that his texts are out there for the public to read. It brings back awful memories of 2018 for him.”

Employees at the Dodge Correctional Institution in Wisconsin, where Watts is imprisoned, had reportedly been anxious for the documentary to come out because they were “curious” to learn more about him and the murder case.

That reality, the unnamed source told People, filled Watts with feelings of hate and shame.

“Chris knows that every part of his life is out there for public consumption. He hates it. It makes him feel a lot of shame. But he also knows that he brought it upon himself,” the person was quoted.