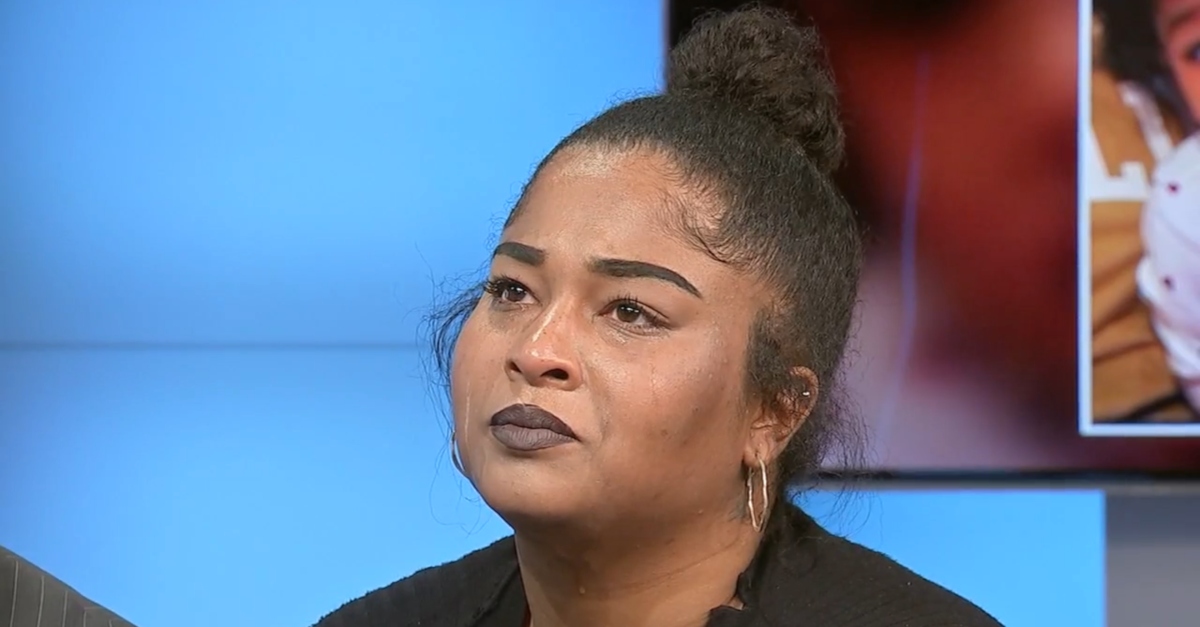 The mother of missing 4-year-old Maleah Davis had some choice words for Derion Vence, the man charged in the girl’s disappearance.

“I have nothing to say to him,” Brittany Bowens told KTRK in an emotional interview published Saturday. “Nothing at all. Nothing.”

She and Vence were engaged to be married, but according to her, that ended just before she left town to be with her dying father. It would be the last time she saw her daughter Maleah. According to Houston cops, Vence claimed he was driving his toddler son and Davis to the airport to pick up Bowens, but they were kidnapped by three men. Vence allegedly said that he was knocked out, and came to the next day. He had his son with him, but there was no sign of Maleah.

That was a lie, cops said. They arrested him last Saturday on a charge of tampering with evidence. Investigators said that found the missing Nissan Altima that Vence had been driving in his story, but cadaver dogs responded to the trunk. The vehicle also contained a gas can and a laundry basket. The defendant had previously been seen leaving his home with that then-full laundry basket, authorities said.

Bowens said that she hoped her daughter is alive, but she doesn’t know what happened to her. She told the KTRK that she wanted to believe Vence’s story, but her spokesman Quanell X said that she quickly grew suspicious because her ex froze her out after the disappearance–the defendant actively avoided her and refused to communicate.

Bowens said that she didn’t see signs of abuse before the disappearance. (Quanell X previously said that, “There is a reason to believe, based on what I know now, there’s issues of him possibly molesting young Maleah.”)

The outlet also questioned Bowens on protesters confronting her outside the courthouse, and accused her of playing some sort of role Davis’ death.

“How did I get to this place?” she said.

Bowens said she left Maleah with Vence alone in the past, and there had been no problems. She also left the children with her ex because there wasn’t money to buy plane tickets for all of them.

Quanell X stepped in when she was askedif she thought there was more she could’ve done to protect Maleah. He said that the matter was was in court for a child protective services hearing, and there’s a gag order in the case. (Davis and her brothers had reportedly been removed from the home because she sustained head trauma last year. Bowens and family said this was from an accidental fall, and the children were returned.)

Quanell X, however, suggested that if there were warning signs, she could’ve found it if she wasn’t dealing with the grief of losing her father.