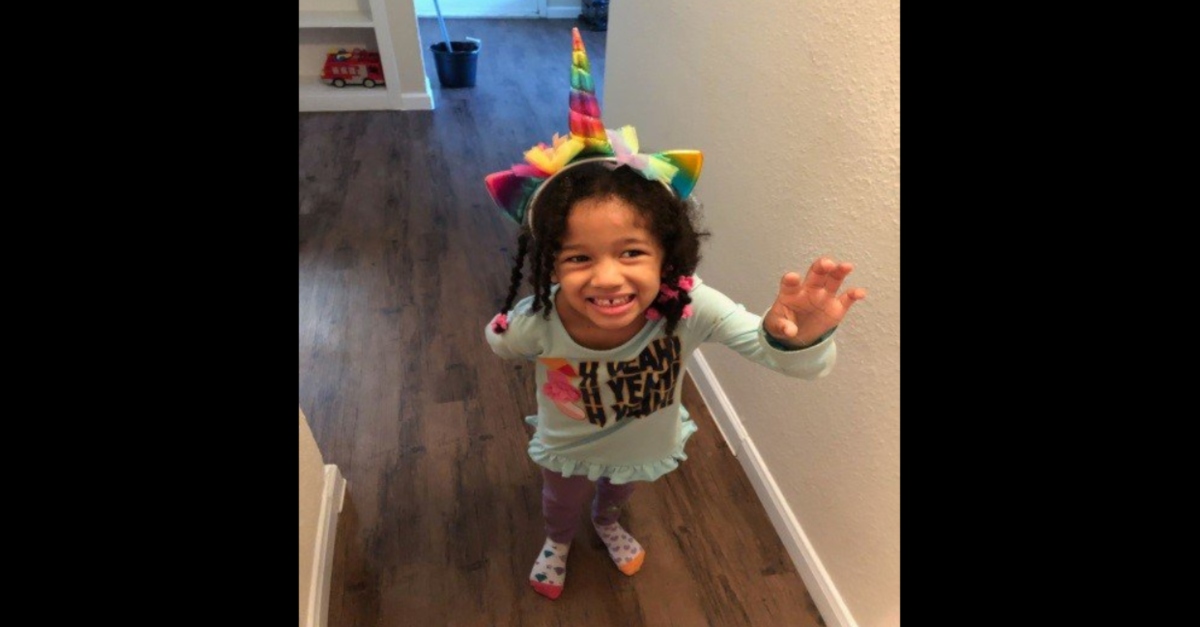 The mother of missing 4-year-old Maleah Davis is making ugly allegations against the girl’s stepfather Darion Vence. Through a spokesman, Brittany Bowens claimed that she broke off her engagement with Vence in an argument before the girl’s disappearance.

“She told him she was giving back his ring and that she was not going to marry him,” spokesman Quanell X said with Bowens at his side., according to ABC 7. “I believe that caused him to snap in anger. There is a reason to believe, based on what I know now, there’s issues of him possibly molesting young Maleah.”

According to Quanell X, Bowens was going on a trip out of town to be with her sick and dying father, but she had a big fight with Vence.

It was also alleged that Vence was seen cleaning up the apartment.

“She didn’t understand why he would be cleaning up the apartment, but he went and bought an extra bottle of Clorox and came back.” said Quanell X.

He said that Bowens acknowledged that she hadn’t reported the alleged abuse to cops. Houston police declined to comment on these new details.

Vence could not be reached for comment. Charges have not been filed against him. Surveillance image purportedly showed him leaving the apartment with a black bag inside a laundry basket.

According to police at a press conference last Sunday, Vence claimed that he was driving his toddler son, and Maleah to pick up Bowens from the airport on May 3. He said that he heard a popping sound, and exited Bowens’ Nissan Altima to see what it was. He was allegedly approached by two men.

Cops said he claimed to have been knocked out, faded in and out of consciousness for some time, and fully came to on Saturday at 6 p.m. He said there were three kidnappers, all Hispanic. It’s not hard to find skeptics online, and a reporter asked last Sunday if the story was fabricated. Police haven’t publicly said anything to that effect, however, though a sergeant said he didn’t know if the story was faked.