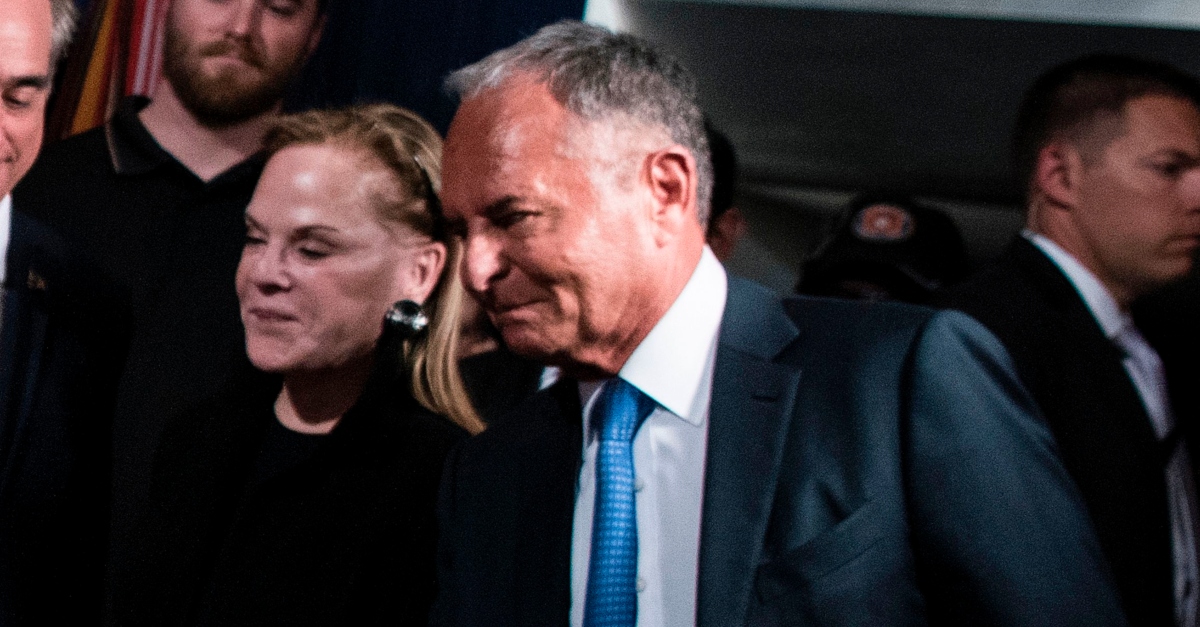 Marvel Chairman Isaac “Ike” Perlmutter’s long-running legal battle with his neighbor, Toronto businessman Harold Peerenboom, has reached a new level of intrigue. The billionaire and his wife Laura Perlmutter are seeking damages against an insurance company in a counterclaim alleging DNA theft.

The Perlmutters want money from Federal Insurance Company (Chubb), arguing in a motion that one of the company’s in-house staff attorneys helped Peerenboom plot to steal DNA from the couple in order to falsely tie them to a hate-mail campaign against Peerenboom.

From the motion obtained by Law&Crime [citation removed]:

The Perlmutter/Peerenboom conflict is a peak “Florida” story. The men, who were neighbors at the Sloan’s Curve gated community in Palm Beach, first got into a dispute over who would run the local tennis program. Perlmutter, the famously reclusive, Trump-supporting businessman who pulled Marvel from bankruptcy and got Disney to buy it in 2009, supported Karen D. Donnelly, who reportedly did not work with a contract. Peerenboom claimed this broke Florida law as bid-rigging. Donnelly, financially supported by Perlmutter, sued Peerenboom for defamation.

Amid all this, Peerenboom said he was subjected to a hate-mail campaign, with more than a thousand letters sent to his friends and others. Disgusting, unfounded allegations including his sexually assaulting a child, and committing the 2013 double-murder of a couple. Prison inmates even received insulting letters ostensibly from “Peerenboom.” The real Peerenboom blamed Perlmutter.

The story is that he and his attorney obtained Isaac and Laura Perlmutter’s DNA from water bottles the couple used during a deposition. He wants to use this DNA to show that the couple were involved in the hate-mail campaign. There was an alleged match between Laura Perlmutter and DNA on one of the hate-mail letters. The Perlmutters claim the allegedly stolen DNA did not actually match, and that it is their property.

A spokesperson for Federal Insurance Company told Law&Crime it is their policy not to comment on legal matters.

Update – 4:40 p.m.: A spokesperson for the company declined to comment.