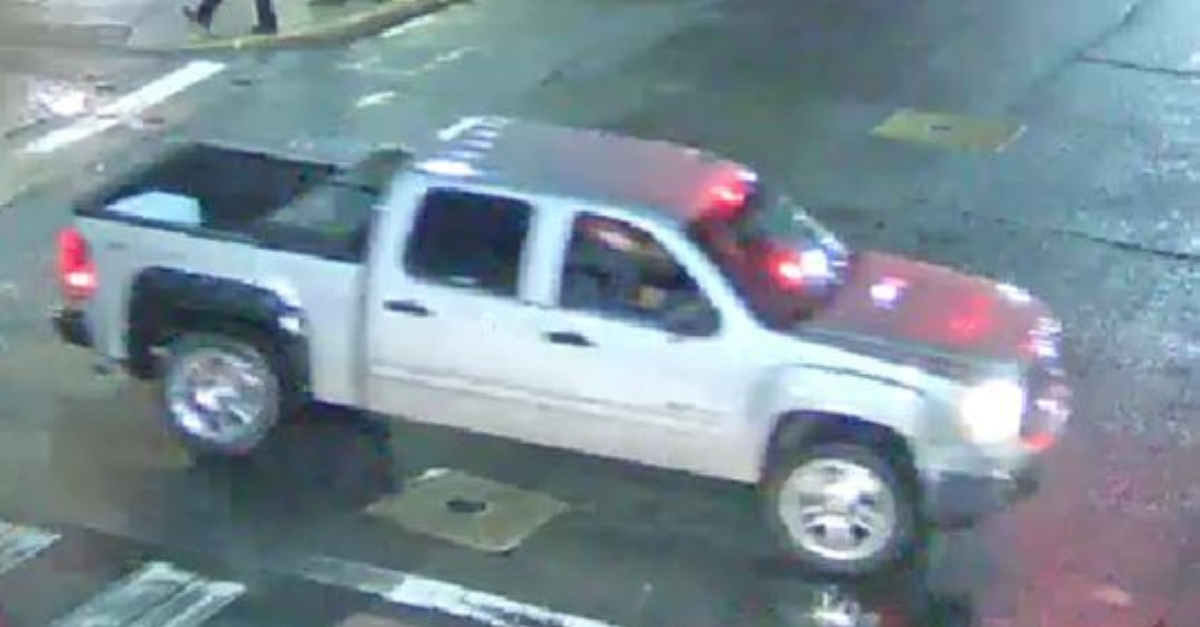 Police in Newark, Delaware announced the arrest of a man who allegedly posed as a ride-share driver, and sexually assaulted a woman. Robert Rodriguez, 41, is charged with first-degree rape, possession of a deadly weapon during the commission of a felony, third-degree unlawful sexual contact, theft under $1,500, and malicious interference with emergency communications.

According to police, a 21-year-old woman said that a GMC pick-up truck pulled up to her early Saturday morning, and the driver said he worked for a ride-share service. He offered her a ride home (she had not called for one). Nonetheless, she got into a vehicle, and he drove off, police said. The man later pulled over the vehicle, pulled out a knife, and forced her to perform a sexual act. The 21-year-old woman later left the truck, called 911, and was treated at the hospital for minor injuries, authorities said. Police later added that the man took her phone to stop her from calling cops.

A brief manhunt ensued, with officials releasing information on the suspect’s appearance, and his truck. They even had pictures allegedly featuring the vehicle.

Police said they got some tips, and were able to find the suspect vehicle at a home. Guess who allegedly lived there. Officers said Rodriguez is the man behind the assault. They claimed to find a knife in his possession, and said they found other probable cause to arrest him.

Rodriguez is being held at the Howard R. Young Correction Facility in Wilmington on $63,000 bail, police said. It’s unclear if he has an attorney at this time.