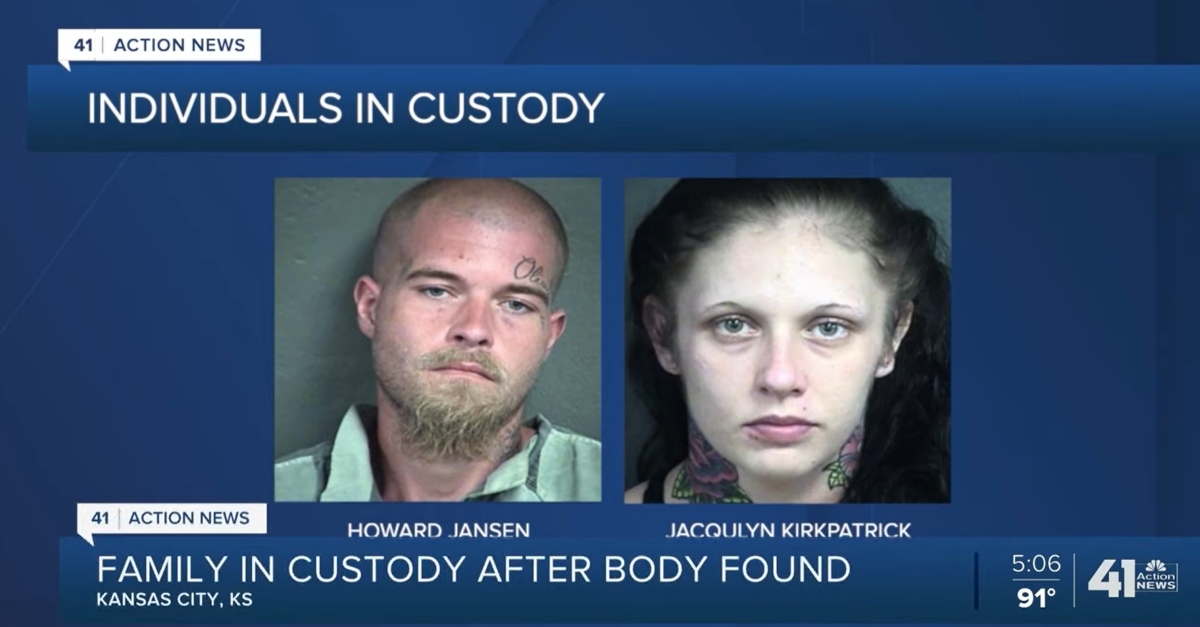 Two people in Kansas have been arrested after the death of 3-year-old Olivia Ann Jansen: her father Howard Jansen III, and his significant other Jacqulyn Kirkpatrick.

“It just tears you in half,” family friend Perry Goin said according to KMBC. “I don’t even know what to think.”

An AMBER Alert was made Friday after Olivia Jansen went missing from Kansas City, Kansas.

According to the initial account released by Missouri officials, Howard Jansen woke up to find that his daughter wasn’t at home, and the back door of the residence was open.

“Due to her age and a search of the area, investigators believe that she was taken from the location,” said the Missouri State Highway Patrol.

Investigators found Olivia’s body later that day off a trail by Interstate 635.

Now it’s clear that investigators believe there was more to the story.

Jansen and Kirkpatrick were locked up on a 48-hour hold at the Wyandotte County Detention Center on possible charges of first-degree murder and abuse of a child. It’s unclear if they have attorneys in this matter. Their precise marital status remains a little unclear. At least one media report describes Kirkpatrick as the victim’s stepmother.  Details on Howard Jansen’s Facebook account suggests she was his fiancée, but it also states they are married.

The girl’s mother is in prison in an unrelated case, according to Fox 4KC.

“That’s when her dad took her and wouldn’t let me see her no more,” she said.