Jacob Blake, Shot 7 Times and Paralyzed, Had to Post Bond Before Handcuffs Were Removed at Hospital 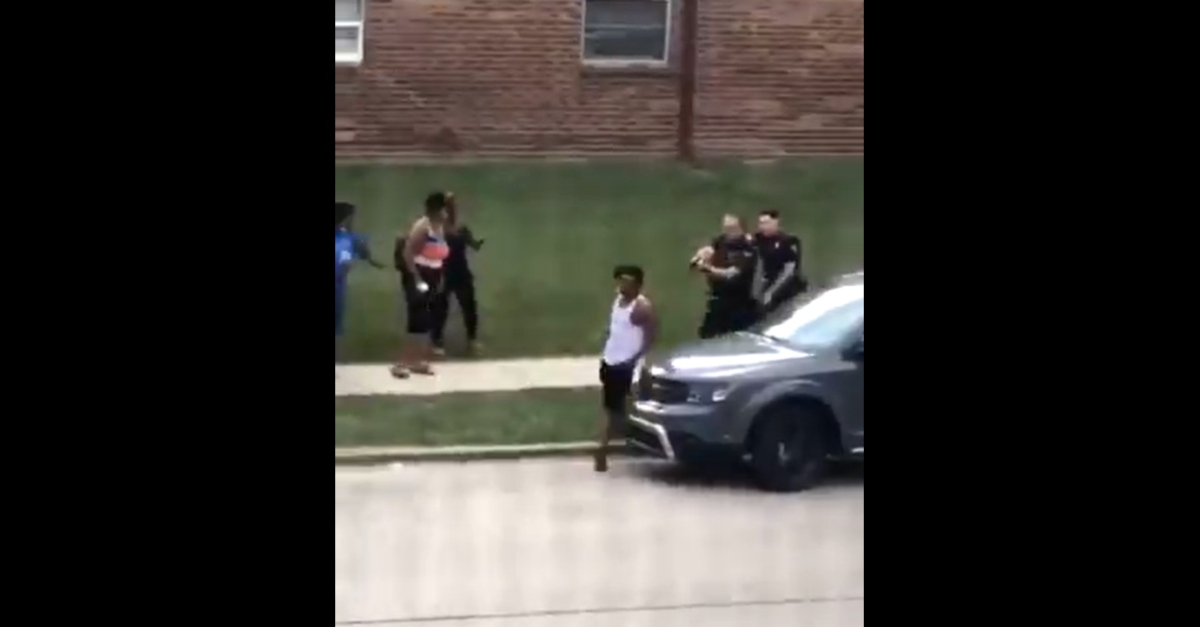 Blake was handcuffed to his hospital bed despite being paralyzed from the waist down, his father said on Thursday.

The Milwaukee County Sheriff’s Office said Friday that he was subject to a felony arrest warrant issued back in July. His handcuffs are now off because he posted bond, they said.

“The Milwaukee County Sheriff’s Office assisted the Kenosha County Sheriff’s Department with the hospital watch for much of this period,” Milwaukee County Sheriff’s Office said in a statement posted to Twitter. “MCSO worked very closely with the hospital and Mr. Blake’s legal team to ensure a safe and dignified environment for Mr. Blake, consistent with best law enforcement and hospital practices for security and visitation. Earlier today, Mr. Blake posted the bond underlying the arrest warrant, enabling his release from custody. The hospital watch was discontinued immediately after receiving this information from Kenosha authorities.”

As seen on a video, Blake got into a confrontation with officers. As seen in more widely shared footage, he then began walking away from cops, and opened the driver’s side of his vehicle. His sons were in the vehicle at the time. Authorities said that an officer fired his service weapon seven times. He was identified by the Wisconsin Department of Justice as Rusten Sheskey, a 7-year veteran of the Kenosha Police Department.

Blake was charged back in July on a count each of felony third-degree sexual assault, misdemeanor criminal trespass to dwelling, and misdemeanor disorderly conduct, with an modifier of domestic abuse, according to online records viewed by Law&Crime.

Authorities said that Blake had once entered the home of a former friend and sexually assaulted her, according to court documents obtained by The New York Times. The woman also said that Blake took her debit card and car, officials said.

A warrant was issued on July 7.

Police said that they were called again to the woman’s home on Sunday before the fateful confrontation.

Blake attorney Patrick Cafferty told the Times that his client will plead not guilty to the charges.