‘It Is Appalling’: Man Allegedly Rammed Truck Into City Hall Because His Water Was Turned Off 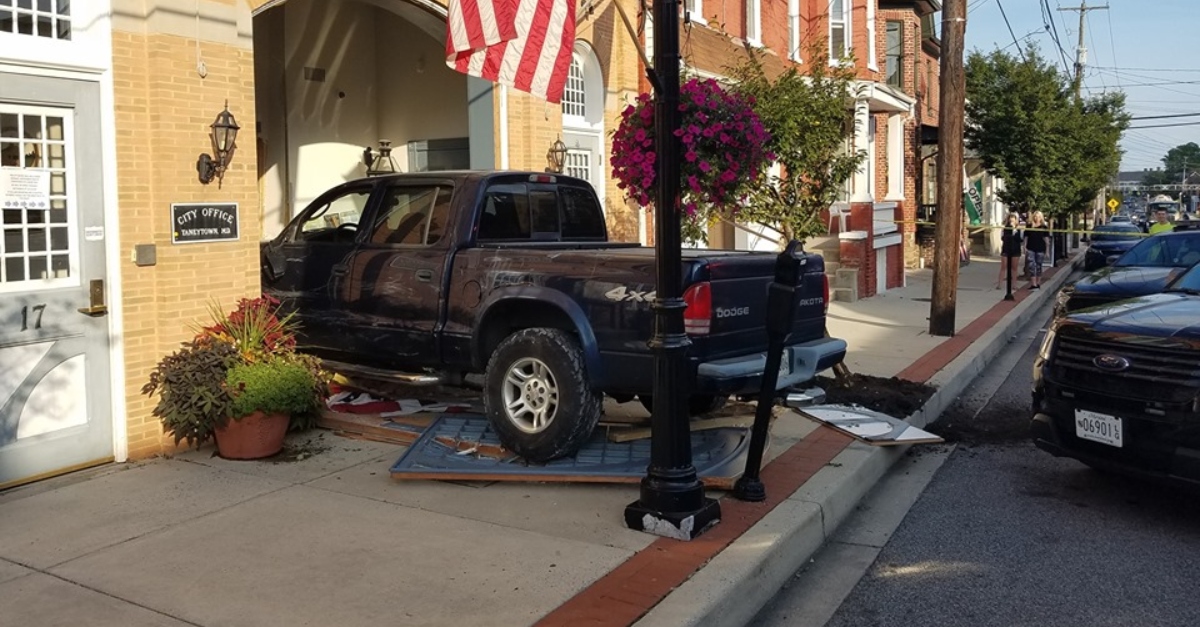 Visitors to Taneytown, Maryland will be surprised to see that the local city hall is wrecked. A man allegedly drove his truck into the building, say police. According to police, witnesses said the vehicle hit city hall multiple times, apparently on purpose. The damage was so bad that county officials deemed the office unsafe.

Mayor Bradley J. Wantz voiced anger. He called the incident “nothing less than a terroristic attack,” and said it took it “personally.”

“It is appalling that someone would be willing to endanger the lives of innocent people out of frustration with the city government,” he wrote in a statement posted to Facebook. “The employees of the City of Taneytown work tirelessly for the benefit of our residents, and although they are often put in difficult situations when people become unhappy, they always perform their jobs with dignity and appropriate empathy. Had this incident occurred during city hall office hours, it is evident from the damage that some of our beloved employees would have been in grave danger.”

The driver arrested for this has not been identified. He is being charged with second-degree burglary, second-degree assault, reckless endangerment, malicious destruction of property over $1,000 value, malicious destruction of property scheme over $1,000 value, reckless driving, negligent driving, failure to control vehicle speed to avoid a collision, and failure to obey traffic control device, say police.

Wantz didn’t explain the alleged motive in his statement, but according to WBAL11, authorities said the driver was angry after water service was turned off.