GOP Candidate for Governor Says Biden’s Not Her President; Agrees with Michael Flynn That Martial Law Should Be Declared 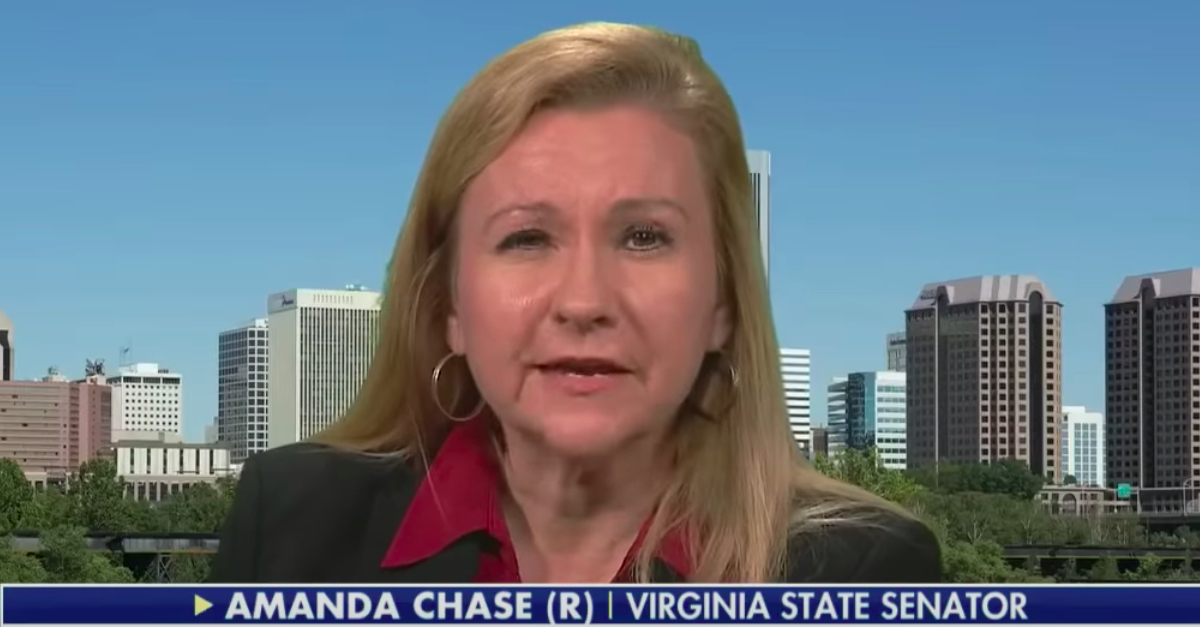 A Virginia state senator and Republican gubernatorial candidate joined retired and pardoned Lt. Gen. Michael Flynn in advocating for President Donald Trump to declare martial law and remain in office, stating that Americans should refuse accept the results of the 2020 election.

In a Facebook post from early Tuesday morning, state Sen. Amanda Chase accused Democratic lawmakers of “legalized cheating,” and said she had partnered with former Trump campaign attorney and Kraken whisperer Sidney Powell in an effort to expose “extensive fraud” in the electoral process.

After years of reminders from the right—complete with memes and merch—that Trump is the president, Chase declared that Joe Biden is not her president.

“Not my President and never will be. The American people aren’t fools. We know you cheated to win and we’ll never accept these results. Fair elections we can accept but cheating to win; never,” Chase wrote. “It’s not over yet. So thankful President Trump has a backbone and refuses to concede. President Trump should declare martial law as recommended by General Flynn.”

Earlier this month Flynn also called for Trump to declare martial law and have the military oversee a new presidential election.

Chase, who last year said that rape victims were “naïve and unprepared,” asserted that Democratic lawmakers “cheated” in the election by passing voting laws in Virginia that differed from “many other states.”

“Here in Virginia the Democrats legalized cheating at the ballot box to win- all under the guise of covid,” she posted. “The Virginia Democrat Majority repealed voter ID laws, eliminated witness signatures and allowed voters to drop off sacred ballots in unsecured ballot boxes across the state, destroying the integrity and chain of custody of our ballots.  In many other states this would be illegal.”

Despite listing a series of objectively legal procedures enacted by the state legislature (though Virginia law mandated that ballot drop-boxes either be “secured” or “staffed”), the Chesterfield Republican said she and Powell plan to expose widespread fraudulent activity.

“So what am I going to do about it?  I’m currently working with The Virginia Project and Sidney Powell to expose what I and others believe is extensive fraud here in Virginia,” Chase wrote. “We cannot allow them to get away with this. 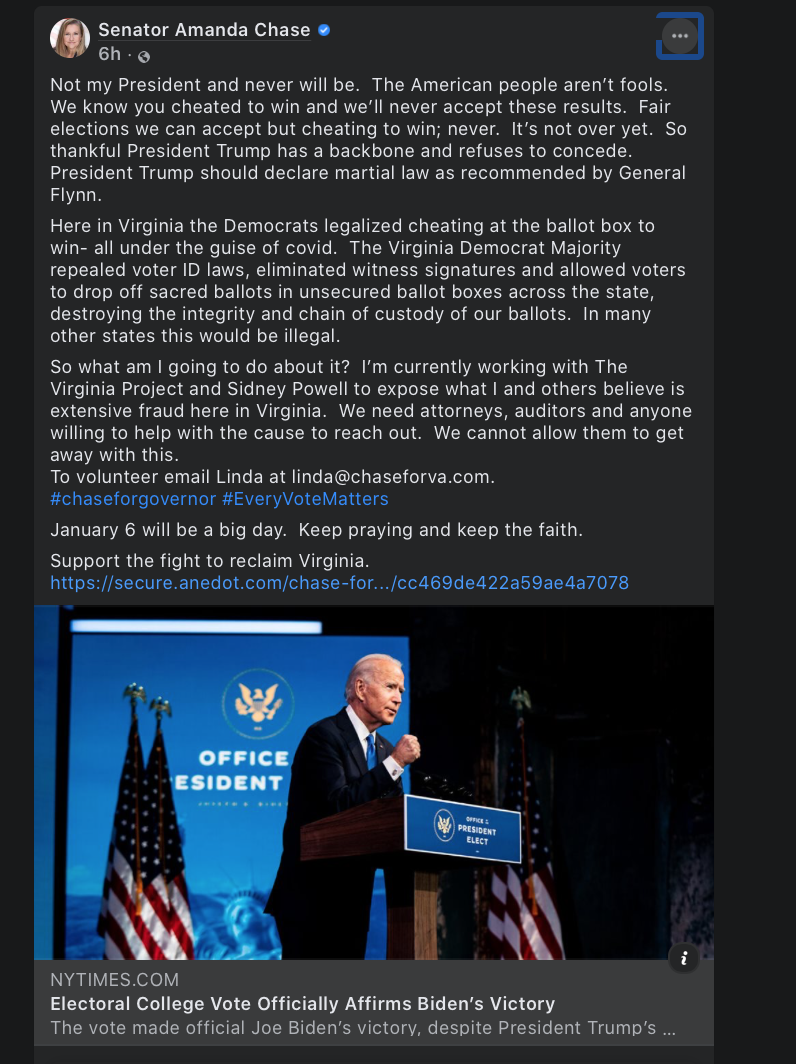 Earlier this year, Chase claimed that efforts to take down statues of Confederate soldiers were actually about “destroying white history,” and later compared herself favorably to civil rights icon Rosa Parks.

Law&Crime reached out to Chase, asking what steps she believed President Trump should take after declaring martial law and what evidence of fraud she and Powell had uncovered thus far, but we have not yet received a response.