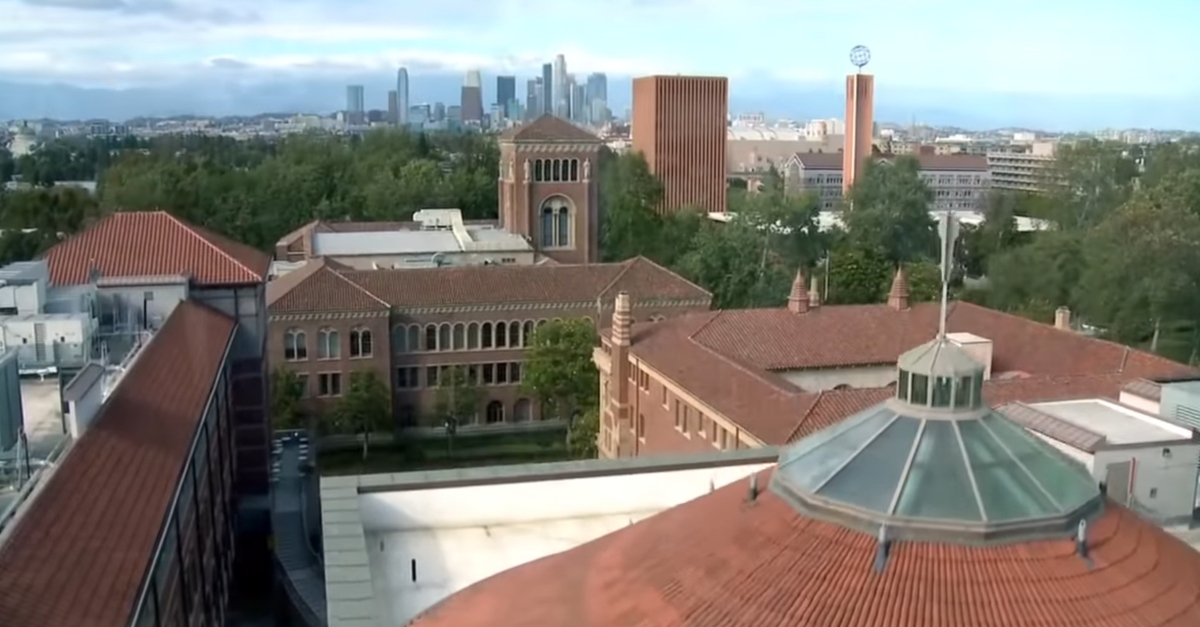 From the statement obtained by Law&Crime:

Tyndall is accused of sexually assaulting 16 female students at a campus health center. The victims, who range in age from 17 to 29, went to the facility for annual exams or for other treatment, prosecutors said.

The alleged incidents occurred between 2009 and 2016, according to the criminal complaint.

Tyndall faces 18 counts of sexual penetration, and 11 counts of sexual battery by fraud. He allegedly abused the students during what were supposed to be examinations. Prosecutors want bail set at $2.075 million. If convicted, the defendant faces a possible max sentence of 53 years in prison. That would be a virtual life sentence for the 72-year-old doctor.

Allegations trailed Tyndall for quite a while. He and USC were sued because he allegedly abused female students in his 30-year stay with the school. The Los Angeles Police Department started investigating amid the fallout. Cops previously said they found homemade pornography and a set of photos apparently showing naked women in a medical examination room.

Tyndall has denied wrongdoing. The school said Wednesday that they’ve cooperated with cops and prosecutors, and will keep doing that.

[Screengrab via University of Southern California]