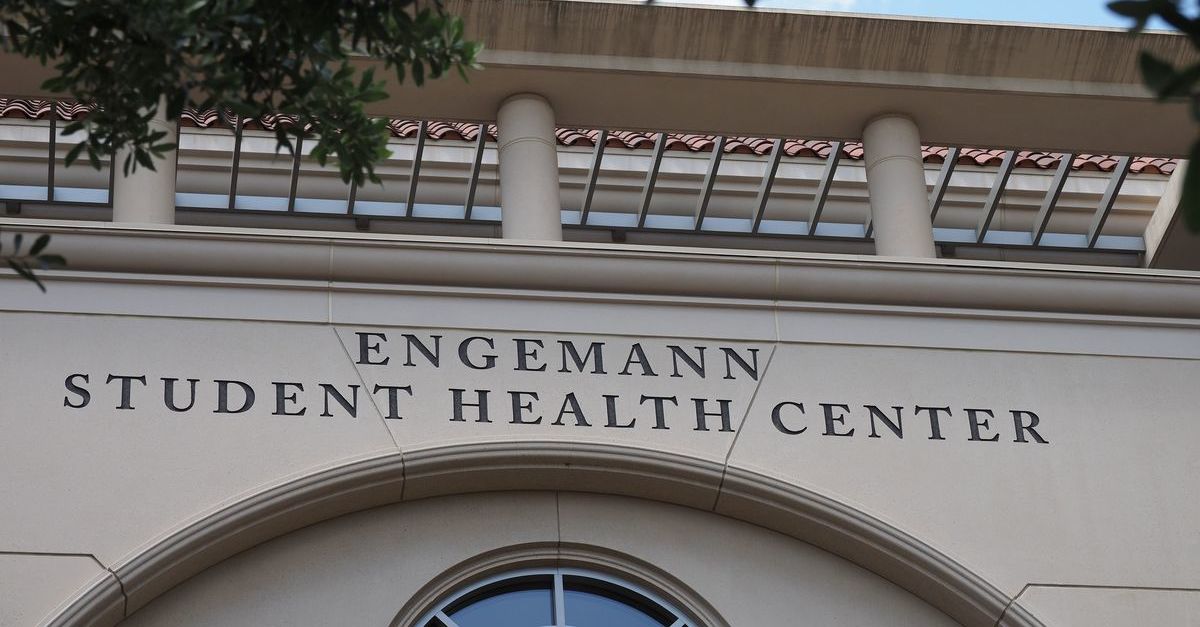 Former University of Southern California (USC) gynecologist Dr. George Tyndall allegedly owns a large collection of homemade pornography and a set of photos which appear to show naked women in a medical examination room, according to the Los Angeles Police Department (LAPD).

The Los Angeles Times reports that LAPD detectives quietly began to follow the 71-year-old after the department opened a wide-ranging investigation into Tyndall last spring. That investigation was launched after lawsuits were filed against Tyndall and USC alleging that the long-serving obstetrician and gynecologist sexually abused dozens of female students during his 30-year tenure at the school.

During his time at USC, Tyndall largely worked at the Engemann Student Health Center on campus. In fact, Tyndall was the university’s only full-time OB/GYN while he worked there. Tyndall has denied any wrongdoing, saying his exams were appropriate and thorough.

USC was quickly forced to acknowledge that over 200 women had filed complaints against Tyndall over that same time period. Most of those complaints went absolutely nowhere and Tyndall was only suspended in 2016 after a nurse contacted the campus rape crisis center. Tyndall resigned in 2017 just before the controversy made its way to the front pages of California newspapers.

While tailing the accused OB/GYN, detectives found that he “passed most of his days inside a condominium he owns near Lafayette Park, but on at least two occasions, Tyndall drove to a self-storage facility and spent time inside a rental unit,” the LA Times notes.

Investigators then raided that storage unit and turned up the pictures in question.

LAPD Detectives are now attempting to determine if any of the photographs contain images of USC students who were being examined by Tyndall during appointments at the campus clinic.

“The photographs are compromising,” said LAPD Captain Billy Hayes, while stressing that possession of the photographs themselves is not a crime. Their location where they were discovered, however, could become relevant in the broader case against him.

Per the LA Times:

As they track down the provenance of the photos, detectives are calling on both alumnae and USC employees to dig deep in their memories, asking about the color scheme of exam rooms and identifying features on their bodies, such as tattoos.

Tyndall, for his part, insists that he occasionally photographed patients for legitimate medical purposes. An audit of some such photos by USC officials appeared to vindicate Tyndall. After he was forced out in 2017, the university discovered a box containing pictures of patients’ genitals in Tyndall’s office.

“There was nothing sexual about them,” a USC compliance officer explained in May of this year.

“He’s telling these young ladies that he is taking photographs for a study,” the captain told the LA Times. “If they are…in his storage facility, it doesn’t give credence to his statements to them that he was using [the photos] for research or to publish studies.”

Then there’s Tyndall’s previous side business.

During the 1990s and early 2000s, Tyndall and his wife ran a boudoir photography studio known as Glamourlight. The LAPD is also looking into whether the recently-discovered photographs are related to that business.

But the photographs are only part of the continued investigation.

In all, 234 women have filed police reports against Tyndall. Detectives have interviewed around half of those women so far. A grand jury is currently considering charges against him on the basis of 85 separate charges but no indictments have been issued so far.