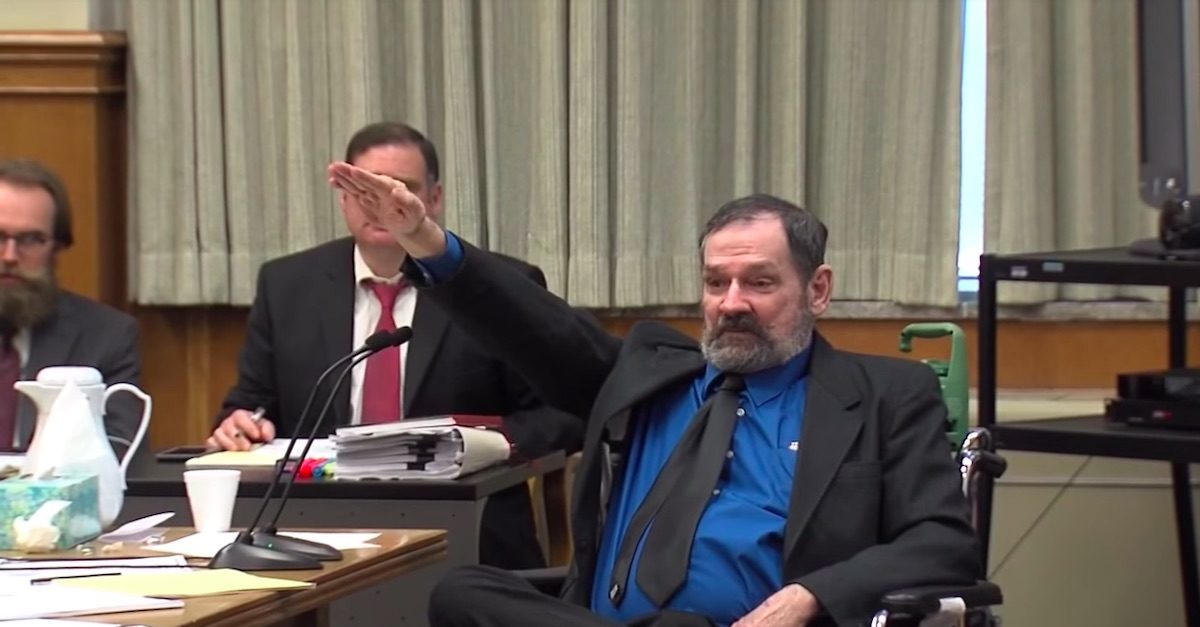 Attorneys for a bloc of inmates on death row are seeking to capitalize on the Kansas Supreme Court’s April decision protecting abortion rights as enshrined in the state’s constitution, claiming that the ruling effectively outlaws the death penalty.

Some of the five inmates seeking to take advantage of this development, per the Associated Press:

They include Frazier Glenn Miller Jr., a white supremacist convicted of killing three people at two Jewish sites in the Kansas City area in 2014, and Jonathan and Reginald Carr, two brothers who, authorities said, forced five people to remove money from ATMs and have sex with one another before killing four of them in Wichita in 2000.

Meryl Carver-Allmond, an attorney for two of the five inmates, told the AP that their legal strategy is unique, particularly when viewed within the context of the court’s abortion ruling.

“It hasn’t been argued under the Kansas Constitution, at least, not in the way we are presenting it in these cases,” Carver-Allmond said. “This is a new argument.”

The crux of the inmates’ argument, filed with the court in May, lies in what their attorneys claim is the “new landscape of Kansas constitutional law” created by court’s abortion ruling.

In declaring that a woman’s right to terminate a pregnancy was constitutionally protected, the court began by citing Section 1 of the Kansas State Constitution which provides that “All men are possessed of equal and inalienable natural rights, among which are life, liberty, and the pursuit of happiness.”

The court interpreted Section 1 as affording “protection of the right of personal autonomy, which includes the ability to control one’s own body, to assert bodily integrity, and to exercise self-determination.”

According to the court, this right “allows a woman to make her own decisions regarding her body, health, family formation, and family life— decisions that can include whether to continue a pregnancy.”

The court further reasoned that the government “may only infringe upon the right to decide whether to continue a pregnancy if the State has a compelling interest and has narrowly tailored its actions to that interest.”

In light of the Kansas Supreme Court’s ruling, attorneys for five of the states 10 death row inmates have attempted to use the court’s reasoning to argue that the death penalty infringes upon constitutionally protected rights.

The argument relies on the notion that even a convicted killer cannot be executed because, based on the court’s logic, the death penalty would infringe upon the convict’s “inalienable right” to life. From the May filing:

Kansas Attorney General Derek Schmidt told the AP that the abortion decision “opened the door for a wide range of new litigation.”

“There is a certain irony that a case regarding abortion is now being urged by some as a reason to upend the death penalty in Kansas,” Schmidt said. “I think that’s just the start, because this holding was so sweeping. I think it’s not just going to be abortion.”

The justices have ordered prosecutors and defense attorneys to file written arguments in the case, the last of which are due in November.