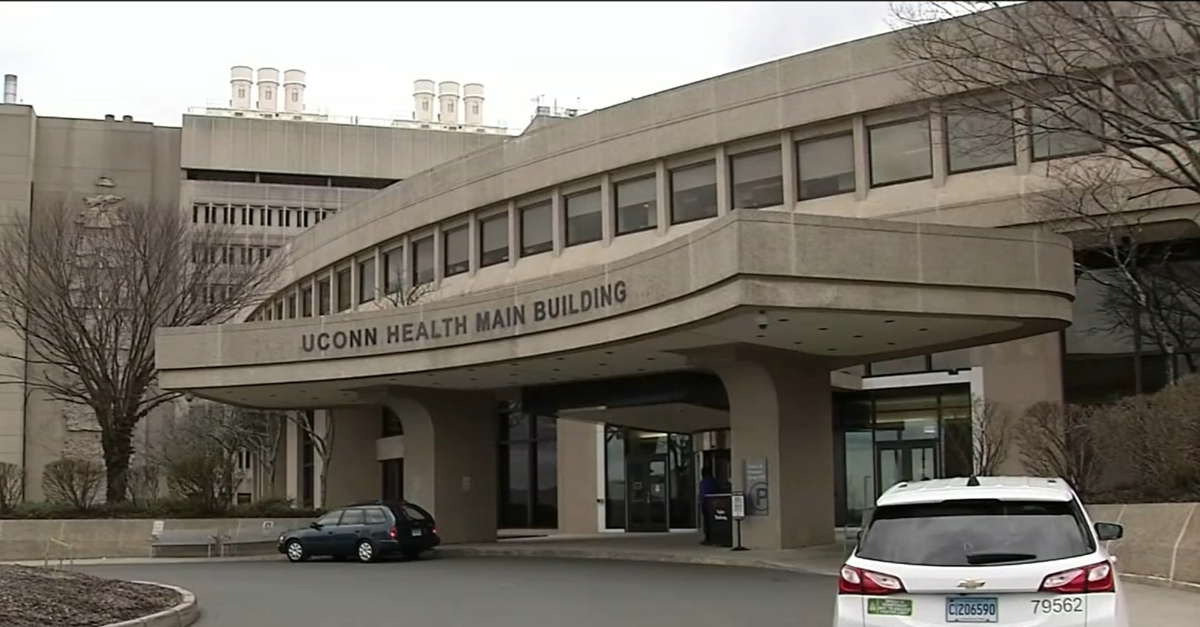 Coughing on people was always disrespectful, but it took on a new meaning during the novel coronavirus (COVID-19) outbreak. We’ve already seen a couple of people arrested for allegedly doing this. Now a physician is in trouble.

Dr. Cory Edgar, who works for UConn Health in Farmington, Connecticut, was issued a misdemeanor breach of peace summons, according to WTNH. He allegedly coughed on two other medical employees on purpose. Witnesses and medical colleagues reportedly thought he was disregarding space and safety measure related to the coronavirus.

“UConn Health is aware of the situation,” the facility told WTNH in a statement. “We take all such allegations seriously and the matter is currently under review.”

If the allegation is true, then we’d say the behavior definitely violated social distancing standards.

Law&Crime could not reach Edgar for comment as of press time. We left a message via UConn Health in an attempt to get in touch with him.

Weirdly enough, this isn’t the first coughing-related criminal allegation in recent times. In Niles, Illinois, Grzegorz Kuprowski was arrested for allegedly coughing on officers who tried to perform sobriety tests on him. He claimed that he gave them “the corona,” cops said. Authorities suggested he didn’t actually have the virus.

Over in New Jersey, George Falcone allegedly coughed on a grocery store employee after she asked him to step back while she was working on an open display of foods. He laughed, and claimed to have the coronavirus, according to New Jersey Attorney General Gurbir S. Grewal.