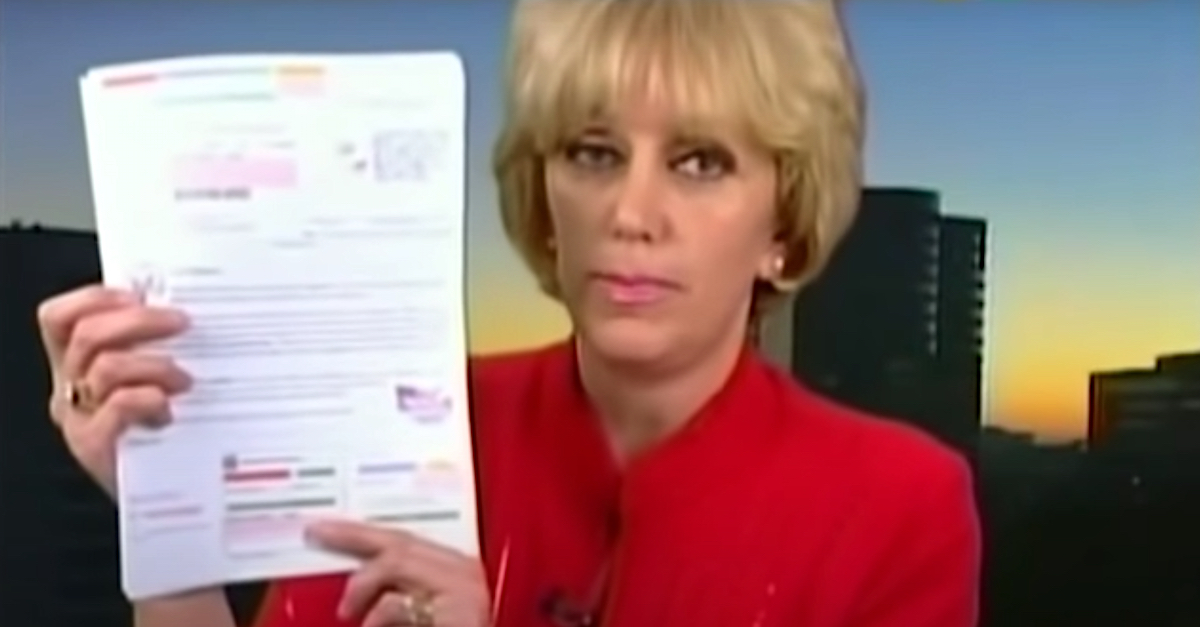 Orly Taitz, the conspiracy theorist, dentist, and attorney who led the “birther” movement’s litigation to contest the reality that Barack Obama was born in the United States, is suing Vice President Kamala Harris and Senate Majority Leader Chuck Schumer (D-N.Y.) in an attempt to stop the U.S. Senate from presiding over a trial connected to former President Donald Trump’s historic second impeachment.

In a Thursday press release, Taitz said the lawsuit, filed on behalf of the Defend Our Freedoms Foundation, or DOFF, would attempt to persuade a court that any upcoming Trump impeachment trial in the U.S. Senate would be unconstitutional. Her rationale is that the “plain language” of the Constitution allows only an impeachment “trial of a sitting president, not a private individual,” and gives the Senate “only one remedy, removal from office.” Taitz says any attempt to try Trump in the senate would merely be an attempt to prevent the ex-president “from running for office again,” and she says such a move would “deprive” DOFF members of their “First Amendment right for the [sic] political speech, namely, to vote for Donald Trump in future elections.”

The press release asks people to donate money to support the litigation.

The actual lawsuit, which was filed in U.S. District Court for the Central District of California, Santa Ana Division, describes itself as a complaint for injunctive and declaratory relief. It says “nearly 75 million Americans,” or “roughly half of the US voters,” cast ballots for Donald Trump in Nov. 2020 and “intend to vote for him in 2024.”

The barely 5-page-long document cites only one legal authority: Article 2, Section 4 of the constitution. It reads:

Many legal observers were curious why Taitz was neither part nor parcel to a bevy of failed election-related lawsuits which did not succeed in keeping Trump in the White House. Taitz said she would “absolutely” have joined Trump’s so-called “elite strike force” to litigate against the election, but she hesitated when asked by HuffPost if Trump “won in a landslide.”

“I don’t know, I wouldn’t go that far,” Taitz said in late November. However, she added that she didn’t have all the information that other lawyers had.

Taitz was once referred to as a “birther queen” and as an “astonishing Russian dentist” for filing a flurry of lawsuits which challenged Obama’s place of birth. As such, her interests have long aligned with Trump’s. Recall that Trump also a frequent critic of Obama’s legal ability to actually run for president.

Read the latest lawsuit below:

[image via screen capture from MSNBC/YouTube]