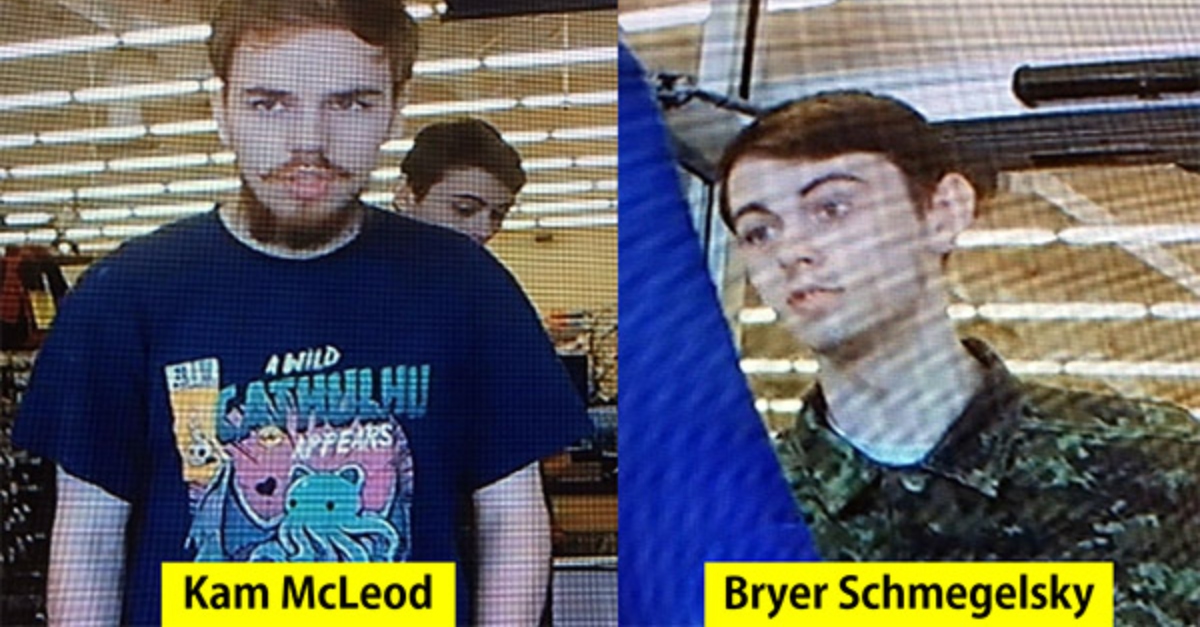 Where are suspected murderers Kam McLeod, 19, and Bryer Schmegelsky, 18? The teens remain the targets of a nationwide manhunt up in Canada, but cops are stumped as to their whereabouts. The Royal Canadian Mounted Police provided an update on Tuesday, saying they’ll pulling back on some of the resources used to local the suspects.

Assistant Commissioner Jane MacLatchy said they searched about 11,000 square kilometers in northern Manitoba alone, according to The National Post.

“We searched rail lines, hydro corridors, lakes, rivers, vast areas of tundra and muskeg, dense forests and brush,” she said. “We conducted exhaustive searches on foot, with dogs and all-terrain vehicles. We used boats on lakes and searched from the air with drones, helicopters and planes. We used some of the most advanced technologies available and received assistance from some of the most highly skilled search and rescue personnel in the country.”

Despite all of this, cops came up empty-handed and are pulling back on their resources (though MacLatchy said they’re not stopping the search).

McLeod and Schmegelsky are wanted in three deaths. North Carolina woman Chynna Noelle Deese, 24, and her Austrailian boyfriend Lucas Fowler, 23, were found dead in British Columbia on July 15, cops said. The body of botanist and academic Leonard Dyck, 64, was found about 470 kilometers away in a highway pull out, cops said.

There’s no indication that the suspects knew any of the victims beforehand. Schmegelsky’s father said that the teens were driving out to find work before the allegations were made. The suspects were later spotted east in Manitoba, said cops. There are unconfirmed sightings in Ontario. Police describe the teens as dangerous.