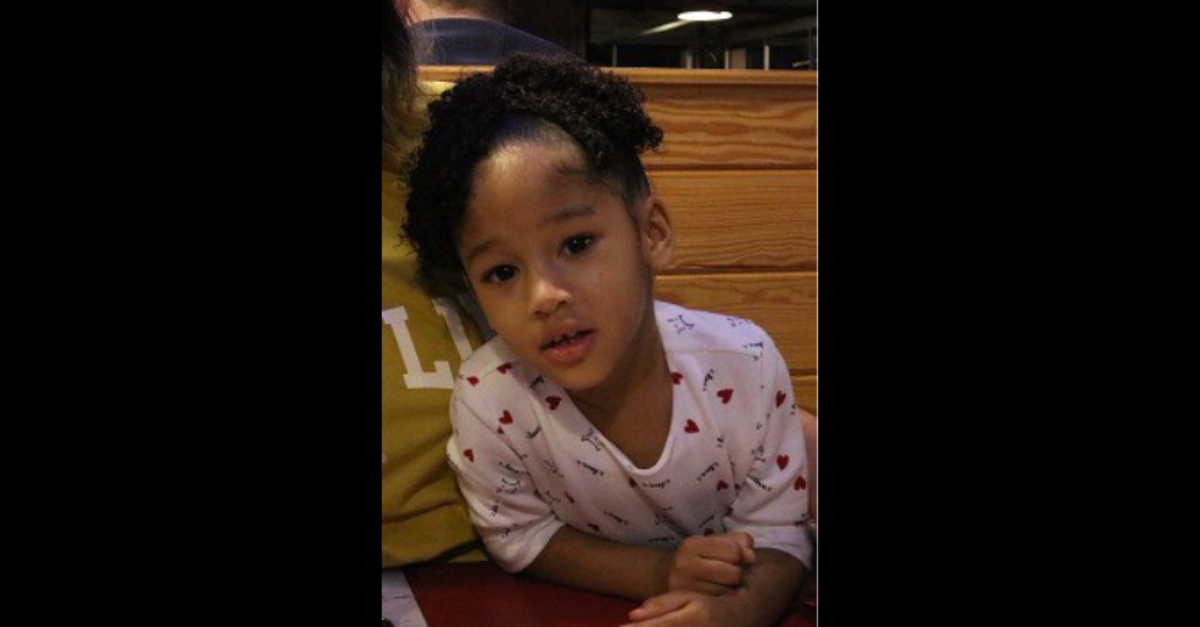 Police in Houston, Texas are on the lookout for missing 4-year-old Maleah Davis. Her stepfather said that he, she, and her two-year-old brother were kidnapped Friday night, according to cops.

Anyone with information on Maleah’s whereabouts is urged to contact HPD Homicide at 713-308-3600 or @CrimeStopHOU at 713-222-TIPS. Media partners: all updates on this case will be disseminated here. #hounews pic.twitter.com/8F0PRPRgFN

Sgt. Mark Holbrook detailed the allegations in a press conference Sunday. The stepfather claimed to have been driving his kids in their mother’s car to pick her up from the George Bush Intercontinental Airport, Holbrook said. He heard a popping noise like a flat tire, and stopped. A blue pickup truck pulled up. Two Hispanic males stepped out. One of them said something to the effect of Maleah looking very “nice,” and “sweet.” The other man hit the stepfather in the head, according to this story.

2/2: Photo of assault victim, Mr. Darion Vence, who is Maleah’s stepfather, stated he was unconscious for almost 24 hrs. Detectives ask anyone who saw Darion or Maleah after 9 pm Friday (May 3) to 6 pm on Sat to contact HPD Homicide 713-308-3600 or @CrimeStopHOU at 713-222-TIPS. pic.twitter.com/nuZHA1EQPY

The stepfather, identified as Darion Vence, said he was knocked out, and went in and out of consciousness. He was aware of him, his son, and Maleah being in the back of the truck. There were three Hispanic males in the vehicle, he said according to Holbrook.

Vence allegedly said that he didn’t know where he was until coming to at about 6 p.m. on Saturday. He woke up with his two-year-old son on Highway 6,  and had to walk to the hospital because no one helped them, he said in this account.

A reporter asked if this story was made up.

“I don’t know,” said Holbrook. He was asked if there’s corroboration that Vence was wondering with a toddler. For example, was there any footage?

“No,” said the sergeant.

In any case, police say there’s a young girl out there, they don’t know where she is, and they don’t know if she’s alive. Holbrook also noted that Davis had had surgery around the end of March, early April to deal with head trauma.

The National Center for Missing Exploited Children described Maleah as African-American with black hair, and brown eyes. She stands about 3′, and weighs 30 to 40 pounds.

The mother’s vehicle–which Vence had been driving–is missing, said police. Holbrook said it was seen in Sugarland, Texas at about 3 p.m. on Saturday.

Officers also released a picture showing a truck resembling the suspect vehicle in Vence’s story. Cops said the vehicle was “a 2010 blue Chevrolet crew cab pickup truck.” Note that they emphasized that this isn’t the truck, just a likeness: 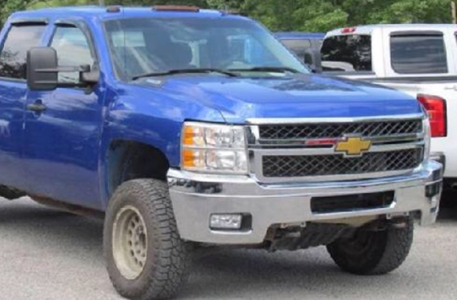 Note: Police initially said that Maleah Davis was 5, but later said she was 4. This article has been updated accordingly.

UPDATE & CLARIFICATION: Maleah is 4 years old, not 5. Detectives continue to work diligently in this case and ask anyone with information on Maleah’s whereabouts to call HPD Homicide 713-308-3600 or @CrimeStopHOU at 713-222-TIPS. Any/all updates on the case will be posted here.