There’s Nothing Trump Can Do to Stop Mueller from Testifying 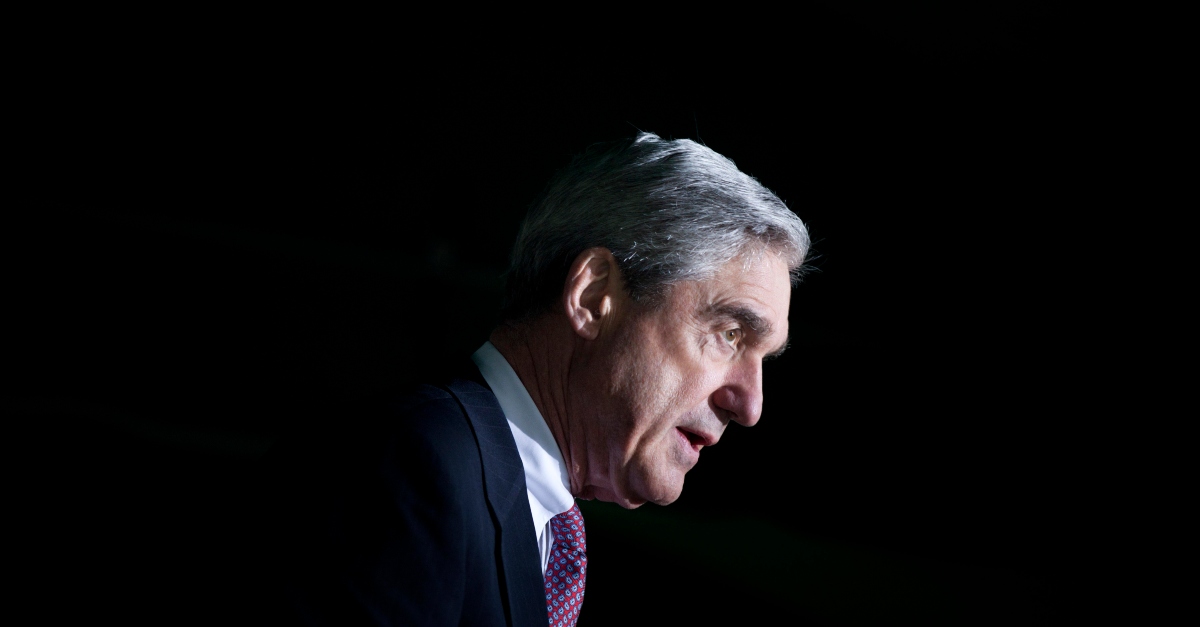 Can President Donald Trump keep Special Counsel Robert Mueller from testifying before Congress? He says it shouldn’t happen, but that’s a different issue from whether he can do anything about it.

We spoke about this with Frank O. Bowman, a law professor at the University of Missouri. The long and short of it is that the executive branch can attempt to limit what Mueller would say to Congress, but it’s unlikely they could stop the special counsel from appearing. The most they can do is stall, since any challenge could take time to sort out.

Before we get any further into the topic, let’s be clear that it’s uncertain if and when Mueller may testify. Rep. David Cicilline (D-Rhode Island, 1st District), who serves on the House Judiciary Committee, said that they are trying to schedule this for May 15, and hope that the special counsel will agree to it. Mueller spokesman Peter Carr declined to comment when Law&Crime asked if the special counsel will face Congress.

So with that out of the way, let’s get to the legal analysis.

There’s no plausible way to stop such testimony, said Bowman. Take executive privilege. The point of this power is not to hide information from Congress, but to provide limited protection for advice given to the president, said Bowman. The idea is that a POTUS could get candid advice.

Privilege can’t cover what Mueller might say, said Bowman. The special counsel didn’t give Trump information. It was the other way around. Hypothetically, the president could assert privilege if Mueller were a confidential adviser who resigned, but that’s not the case here, said Bowman.

The White House has no legal way to stop this testimony. They’re unlikely to succeed based on allegations of the House overreach, said Bowman. He pointed to the 1927 Supreme Court case McGrain v. Daugherty. This ruling said a congressional investigation be given the presumption that it has a legislative purpose, and that Congress could look into prosecutorial decisions made by the Department of Justice.

From the opinion by Justice Willis Van Devanter [emphasis ours]:

It is quite true that the resolution directing the investigation does not in terms avow that it is intended to be in aid of legislation; but it does show that the subject to be investigated was the administration of the Department of Justice — whether its functions were being properly discharged or were being neglected or misdirected, and particularly whether the Attorney General and his assistants were performing or neglecting their duties in respect of the institution and prosecution of proceedings to punish crimes and enforce appropriate remedies against the wrongdoers, specific instances of alleged neglect being recited. Plainly the subject was one on which legislation could be had and would be materially aided by the information which the investigation was calculated to elicit.

The only legitimate object the Senate could have in ordering the investigation was to aid it in legislating, and we think the subject matter was such that the presumption should be indulged that this was the real object.

On top of that, Bowman said the White House would have to yield as soon as the House of Representatives requested Mueller’s testimony as part of an impeachment inquiry, though he noted that Democrats are reluctant to do so. (Their leadership definitely is.)

Executive branch officials can try to limit what Mueller says. For example, they could make claims that what the special counsel might say is classified, said the professor. They can only do so much, though. There is no absolute right for the executive to withhold information from Congress, said Bowman.