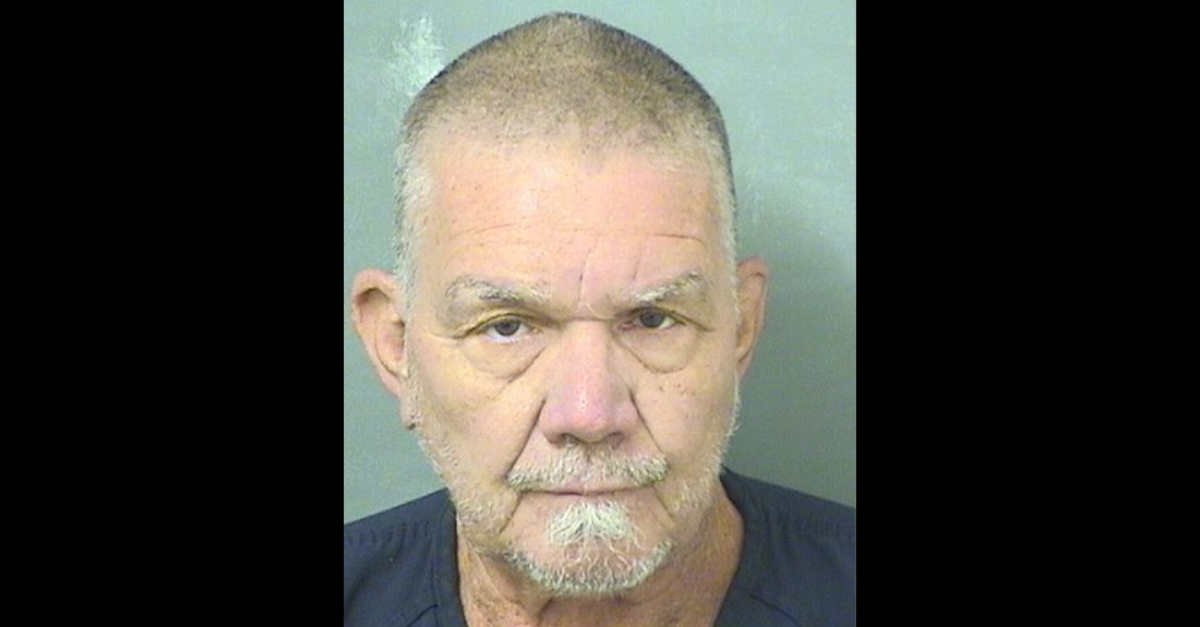 A man in Palm Beach County, Florida allegedly murdered a woman, who he claimed he had married as part of a deal to take care of his mother. Boynton Beach police say they kept cracking away at the investigation as defendant Roberto Colon, 66, lied about the source of blood they found at his home. The defendant was arrested Friday.

Police said this case landed on their radar February 20. They got a call about missing woman Mary Stella Gomez-Mulett, according to the probable cause affidavit obtained by Law&Crime. She was last heard from on the Feb. 18 heading to Colon’s home.

Cops checked out the residence. Colon allegedly claimed he had hired Gomez-Mulett to serve as caretaker to his mother. In exchange, he married the missing woman weeks before so she could get U.S. citizenship. Things had fallen apart. According to police, Colon asserted Gomez-Mulett had cheated his mother out of thousands of dollars. He allegedly said that she was at his home on Feb. 18, and that he fired her, but she left.

Colon allegedly gave a different story on Feb. 24. He said they argued, she bumped into the wall, her phone fell to the ground, and the battery popped out. In this account, he left for a doctor’s appointment and told her he would be back later to talk. She was gone when he returned.

According to cops, Colon let them search his home, vehicle, and phone, and he even gave DNA. Investigators claimed most of his texts and call history had been deleted, however.

Police said they found red markings on the front door of the residence. They later determined this to be blood. Colon allegedly claimed he must have cut himself when installing the door the month before.

Officers also said they found an “enclosed garage/workshop” space in the home. They found blood spatter on the floor, wall, window, and even the ceiling. Colon allegedly claimed he did not notice it, but tried to pass it off as belonging to his current dog, who was injured five months before, or a late dog who had passed away about five years before. He said he had buried six of his dead dogs in the back yard.

The investigation unfolded in other places. Detectives said they learned on Feb. 23 that patrol officers responded to a call several hours after the disappearance about a bloody purse found about 0.9 miles from Colon’s home. One of the items inside was a rosary chain with a crucifix. Photo showed Gomez-Mulett having a purse and rosary very similar to these.

Authorities said that they also spoke to a friend of Gomez-Mulett’s on the Feb. 23. She said she was on the phone with the missing woman on Feb. 18. Gomez-Mulett was going to Colon’s home to drop off: a car that the man accused her of fraudulently getting through his mother; a purse the mother gave her; and other items because she wanted nothing to do with him anymore.

In this account, the victim said she was at the residence, and would call later, but she said something to the effect of “No, no, no Roberto!” or “Margie [the friend’s nickname], Margie, Roberto!” The friend tried calling back, but the call went straight to voicemail. She found no sign of Gomez-Mulett when she checked Colon’s home the next day.

Police got a search warrant for Colon’s home on the Feb. 26. During the search, Colon allegedly called the workshop his “abattoir,” told detectives Gomez-Mulett was “swimming with the fishes,” and called the victim a “piece of shit bitch.”

“Find the body,” he told detectives. “Find the body.” Then, when they left the home, he allegedly said, smirking, “Well, at least you didn’t find a body at my house.”

The final turn in the investigation happened thanks a tipster. A woman told detectives Wednesday that Colon threatened her during an argument in January, telling her he would strangle her death and bury her in his backyard. She also claimed to have heard him get off the phone with Gomez-Mulett and say that he would like to kill the missing woman and bury her in his backyard.

Detectives arrested Colon on Friday for drugs found at his home in the previous search. They executed another search warrant, this time focusing on the backyard. When Colon believed no one was listening, the defendant allegedly told a friend, “there’s one thing they can’t do. They can’t put what’s his name, Humpty Dumpty back together again,” and “There’s really nothing that they can take from my house, you know. It’s no use to them in prosecution. Expect parts and shit.” He allegedly laughed in the second quote.

Investigators described finding plenty that would be of use in a prosecution. They discovered remains in the yard. They determined these remains belonged to Gomez-Mulett.

“Our heartfelt condolences are with Mary’s family and loved ones,” said Boynton Beach Police Chief Michael G. Gregory on Saturday. “We remain dedicated to this ongoing investigation and bringing justice to her family.”

[Note: A number of other media reports and even the police department’s Twitter account said the victim’s last name was Gomez-Mullet, but Law&Crime confirmed with BBPD spokesperson Stephanie Slater that the spelling is Gomez-Mulett, as stated in the probable cause affidavit.]

Roberto Colon – Probable Cause Affidavit by Law&Crime on Scribd