Robert Burck, 50, the man better known as the “Naked Cowboy,” was arrested Saturday in a panhandling case, and settled the matter in an initial court appearance. His confrontation with police was caught on video posted to YouTube.

As seen on footage, Burck was handcuffed when an officer turned him around near the patrol car. His guitar smacked the vehicle, and the headstock broke.

Officers blame Burck for this. They claim he had refused to follow an officer’s orders and pulled away.

Police said this started as Burck was taking pictures with multiple bystanders. As clear from the video, he sported his trademark hat, boots, briefs, guitar, and muscles.

Cops said people put money in the guitar’s center soundhole about 10 feet from a commercially zoned property. As far as police were concerned, this was panhandling.

Burck’s girlfriend took his guitar as his request after the arrest, according to the charging affidavit. 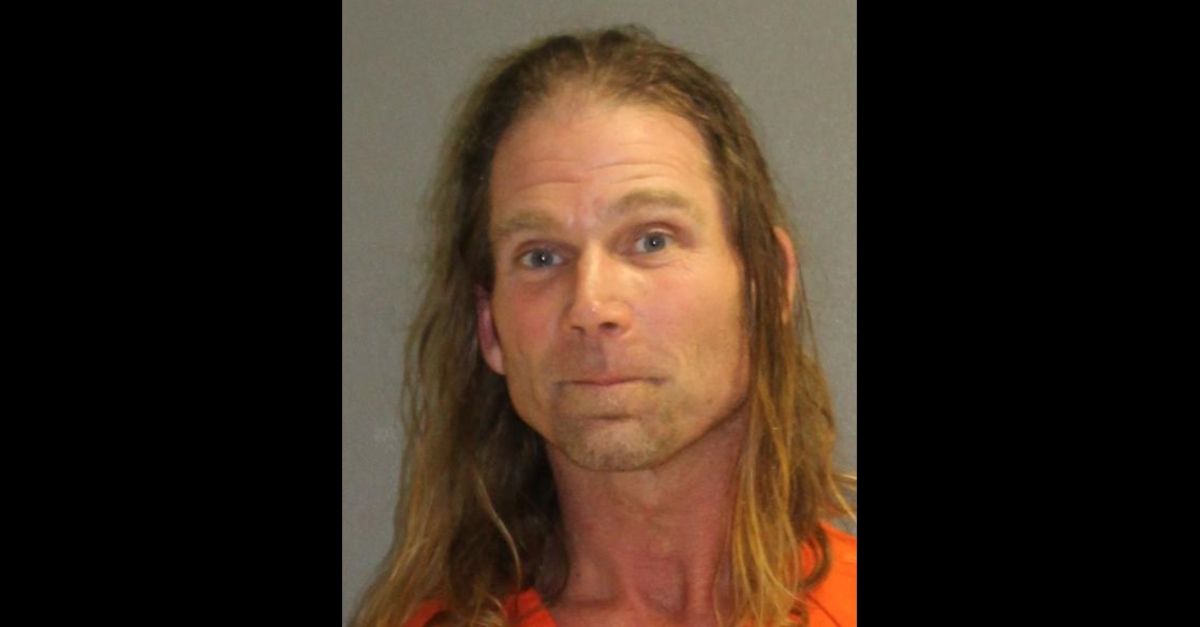 The Naked Cowboy was charged with resisting an officer without violence, and aggressive panhandling.

Burck, who said he was in town for the annual motorcycle rally Bike Week, denied soliciting cash.

“I’m not asking for money,” he told the judge in a court appearance, according to Fox 35 Orlando. “I just play the guitar and people take pictures and sometimes they put money in.”

The case was squared away that same hearing. Burck consulted with a public defender. He maintained he wanted to wrap up the case. The judge dismissed the count of panhandling. The defendant pleaded no contest to resisting an officer without violence. He was sentenced to time served and $223 in court costs.