11-Year-Old Boy Died Because His Parents Forced Him to Drink Too Much Water: Detectives 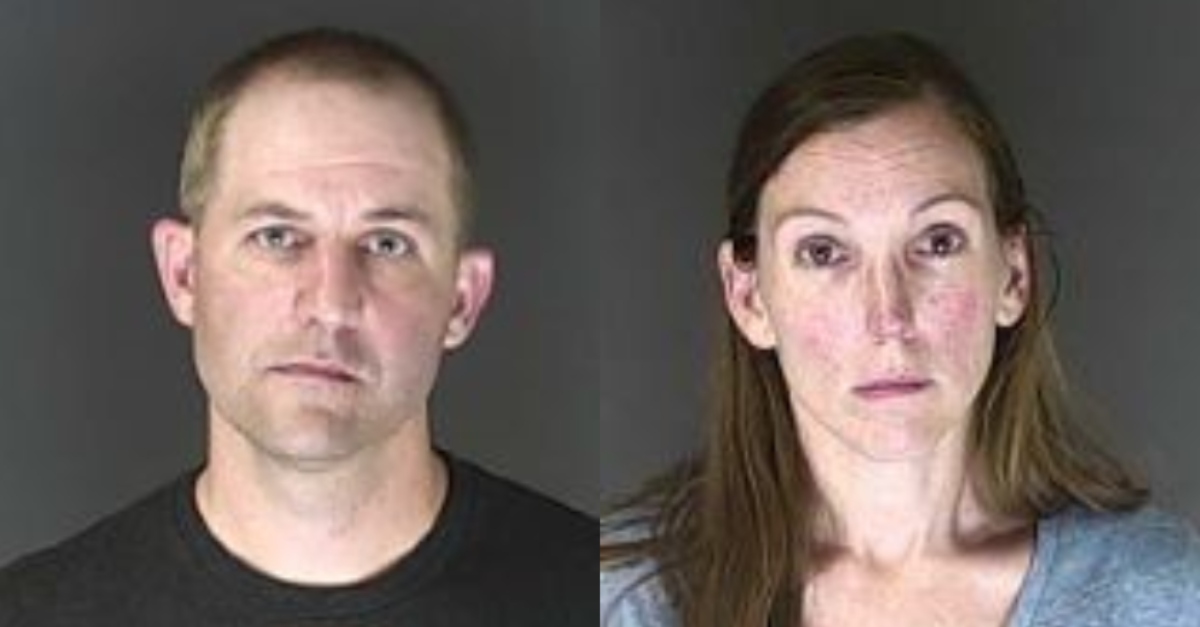 A husband and wife in El Paso County, Colorado are accused of killing their 11-year-old son by forcing him to drink too much water. Ryan Sabin, 41, and Tara Sabin, 42, turned themselves in to jail on Tuesday, the local sheriff’s office says. The victim died March 11 according to authorities.

Detective Kat Huston said that the arrest took months because they needed to be thorough and, in part, because of delays caused by the COVID-19 pandemic.

“What we have to do is make sure we’re very thorough with getting reports and documenting everything,” she said according to KRDO. “It’s our job to chronicle what has happened.”

Ryan Sabin, the biological father, spoke to investigators after the death and said his son had been having problems wetting the bed, according to KMGH-TV. The child also wasn’t drinking water.

The parent’s ostensible solution: they made him drink two 32-ounce bottles a day, 64 ounces total.

Things came to a head on March 10, authorities said, when Sabin came back home from work. The boy said he didn’t want to keep drinking. Tara Sabin, the stepmother, allegedly told her husband that the child hadn’t been drinking the water. As Ryan Sabin allegedly described it, the boy was only sipping and throwing up the water.

The father said he wasn’t sure how many times his son vomited, and that he told the child to just chug the water to get it done with quicker. Later in the father’s story, the 11-year-old complained that his legs hurt, and he was, as KMGH paraphrased it, throwing a fit. Sabin said he kicked the child’s leg twice, picked him up, and let him go so that the boy fell and struck his head on the ground.

Problems continued as the Sabins put the child to bed.

The father found the child dead the next morning, according to the account.

When detectives spoke to Tara Sabin, she allegedly said that the child had been complaining about his shins and feet hurting and that he didn’t want to drink the water. She claimed to believe he was being dramatic, according to the account.

The defendants are charged with first-degree murder, child abuse resulting in death, and six counts of misdemeanor child abuse.

Ryan Sabin’s attorney of record did not immediately respond to a Law&Crime request for comment. Records show Tara Sabin is being represented by a public defender’s office; that office has a policy of not commenting on specific cases.