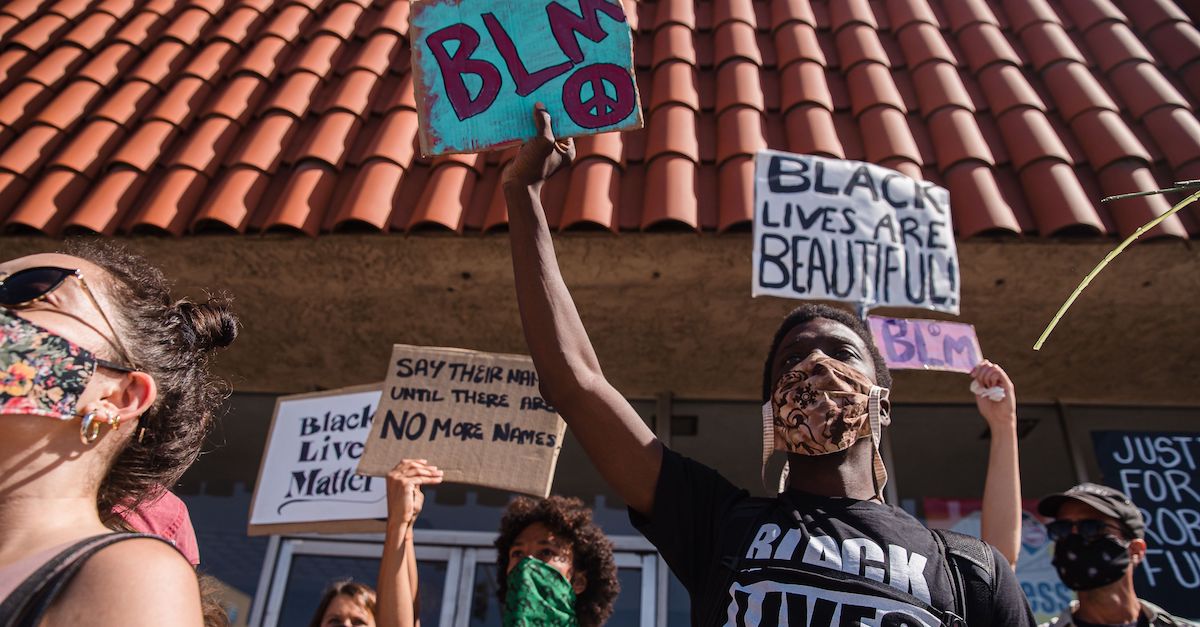 Juneteenth commemorates nothing so much as the horrifyingly slow pace of justice for black Americans. Tempting as it may be to picture thousands of slaves instantaneously breaking free from bondage at the moment the Emancipation Proclamation was handed down, it just didn’t happen that way — and Juneteenth marks what actually went down. The pervasiveness of American misunderstanding on the timing of slavery’s end is one more link in the same chain that prevented us from questioning the racist origins of the Aunt Jemima brand among others.

That on the first day of January, in the year of our Lord one thousand eight hundred and sixty-three, all persons held as slaves within any State or designated part of a State, the people whereof shall then be in rebellion against the United States, shall be then, thenceforward, and forever free; and the Executive Government of the United States, including the military and naval authority thereof, will recognize and maintain the freedom of such persons, and will do no act or acts to repress such persons, or any of them, in any efforts they may make for their actual freedom.

At the time, Texas was truly a Lone Star state. Because the U.S. government wasn’t really in charge of many Texan territories, slavery continued there. Many slaveowners considered Texas a safe haven for their practices, and some even traveled there just so they could continue owning slaves.

On June 19, 1865, a full two and a half years after slaves had been officially emancipated, Major General Gordon Granger arrived in Galveston, Texas to announce the end of both the Civil War and slavery. Granger’s presence, along with federal troops, was what was required — long after Lincoln’s executive order — to actually end human bondage.

If you’re wondering about where the Thirteenth Amendment fits into all of this, that one was still circulating around the states for ratification on the first Juneteenth. It was finally ratified in December of 1865, and officially abolished slavery under the United States Constitution.

Granger’s announcement in Texas, while a move in the right direction, still didn’t take the tone you might expect. The text of Granger’s announcement did not say, “listen up, you racist slaveowners. You lost, so it’s time to face the fact that you no longer own other human beings.” What it did do was speak directly to newly freed people, and lay out the rules of what was expected of them:

The people of Texas are informed that, in accordance with a proclamation from the Executive of the United States, all slaves are free. This involves an absolute equality of personal rights and rights of property, between former masters and slaves and the connection heretofore existing between them, becomes that between employer and hired labor. The Freedmen are advised to remain at their present homes and work for wages. They are informed that they will not be allowed to collect at military posts; and they will not be supported in idleness either there or elsewhere.

No persons formerly slaves will be permitted to travel on the public thoroughfares without passes or permits from their employers. … They will not be subsisted in idleness, or in any way except as employees of the Government, or in cases of extreme destitution or sickness. … Idleness is sure to be productive of vice. … No person, white or black … able to labor, will be subsisted by the Government in idleness, and thus hang as a dead weight upon those who are disposed to bear their full share of the public burdens.

Cue the next century of struggles for blacks Americans, which conspicuously includes another major example of Southern states’ unwillingness to follow federal law on black equality. When the Supreme Court of the United States ruled in Brown v. Board of Education in 1954 that schools cannot be racially segregated, it took several years, another SCOTUS decision, and more federal troops to actually make school desegregation happen.

During Reconstruction, Texans began celebrating Juneteenth, with community events and festivals. In 1979, Texas freshman state-representative Al Edwards, proposed a bill to make Juneteenth an official state holiday; it passed, and Juneteenth was officially recognized as a holiday on January 1, 1980. Now, 45 other states and the District of Columbia have also recognized Juneteenth as an official holiday. However, the federal government has thus far declined to do the same. In the wake of the Black Lives Matter movement, however, momentum for recognizing Juneteenth on the federal level has grown.

But the slow-walking of black justice continues to this day. Look no further than the cases of Ahmaud Arbery and Breonna Taylor.

Arbery, a 25-year-old unarmed black man, was shot to death on the street in Feb. 2020 and no arrests were made until May—after video of the shooting went viral. Three white men have since been charged in Arbery’s murder, and one of those men—Gregory McMichael—used to be a police detective.

Taylor, a 26-year-old EMT, was gunned down in her home by police during a botched no-knock raid; police did not find any drugs. She was shot eight times on March 13. No charges have been filed. On Friday, it was reported that Brett Hankison, an officer involved, is being fired.

Then there’s George Floyd, whose death in late May at the hands of Minneapolis police sparked nationwide Black Lives Matter protests. Now-former officers Derek Chauvin, Thomas Lane, J. Alexander Kueng, and Tou Thao have all been charged in the murder case. The rally cries for swift black justice still reverberate across our country. In 2020, Juneteenth continues to be a simultaneous celebration of victories won and a dire warning for the consequences of America’s shameful history of justice delayed.