Barr Should Appoint a Special Counsel to Investigate How Trump’s Signature Ended Up on Pandemic Checks, Letter Says 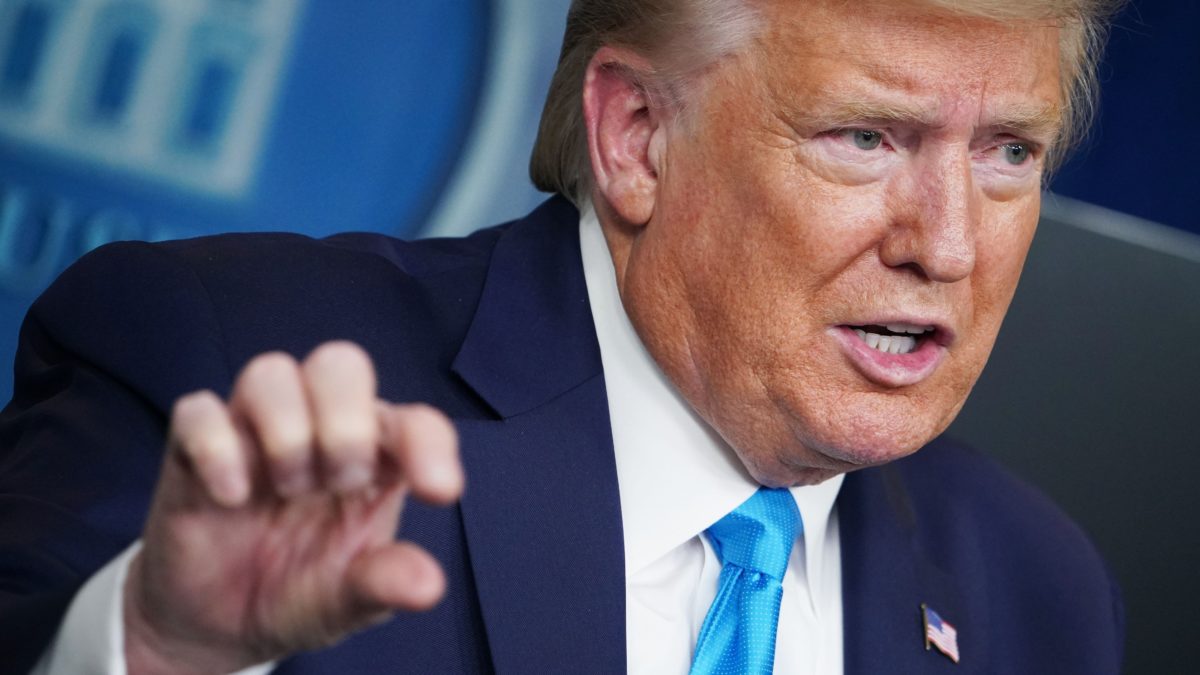 A former government attorney, a constitutional scholar, and a former presidential candidate formally asked Attorney General William Barr to appoint a special counsel to investigate the circumstances that led to President Donald Trump’s signature appearing on coronavirus stimulus checks being sent to millions of Americans.

Bruce Fein, Louis Fisher, and Ralph Nader penned a letter to the nation’s top law enforcement official Monday, calling on Barr to appoint a special counsel to investigate Trump for violating the criminal component of the Hatch Act.

According to the letter, Trump violated federal law by “allegedly commanding a federal employee to engage in political activity, i.e., the unprecedented, gratuitous placement of Mr. Trumps signature on the memo line of tens of millions of United States Treasury checks disbursed to eligible citizens under the Coronavirus Aid, Relief, and Economic Security Act (CARES) in violation of 18 U.S.C. §610.”

Letter to Barr from @RalphNader @BruceFeinEsq & Louis Fisher accuses Trump of violating the Hatch Act by gratuitously putting his name on pandemic relief checks, "making it appear that he has alleviated the financial plight of tens of millions of voters." pic.twitter.com/dDGua3Vces

Fein previously served as Associate Deputy Attorney General, Fisher spent four decades at the Library of Congress as Senior Specialist in Separation of Powers, and Nader became a household name after multiple independent presidential campaigns. Nader is also a lawyer.

As previously reported by Law&Crime, while the Hatch Act’s well-known civil prohibition on federal employees using their office to participate in political activity is not applicable to the president, the same is not true for criminal prohibitions in the aforementioned §610.

Under §610, it a crime for any person in office–including the president–to use their authority “to coerce any person to participate in political activity.” Such activity entails any actions aimed at affecting the success or failure of candidate for political office, and would include any activity directed toward the success of Trump’s reelection campaign.

“President Trump is actively seeking re-election. The signature of President Trump on United States Treasury checks is superfluous to their value, legality, or authenticity. The signature serves no official government purpose,” the letter stated. “It does serve Mr. Trump’s 2020 re-election campaign by making it appear that he is responsible for a monetary windfall to tens of millions of voters.”

Trump’s name reportedly made its way onto the checks after he told Treasury Secretary Steve Mnuchin that he wanted his to be the formal signature on the stimulus checks, but the president eventually settled for having his name appear on the “memo” line because he is not legally permitted to authorize such funds.

On Sunday, Mnuchin claimed it was actually his idea to have Trump’s name on stimulus checks.

Trump’s signature on the CARES checks represents the first time in U.S. history that the president’s name will appear on a disbursement from Internal Revenue Service (IRS).