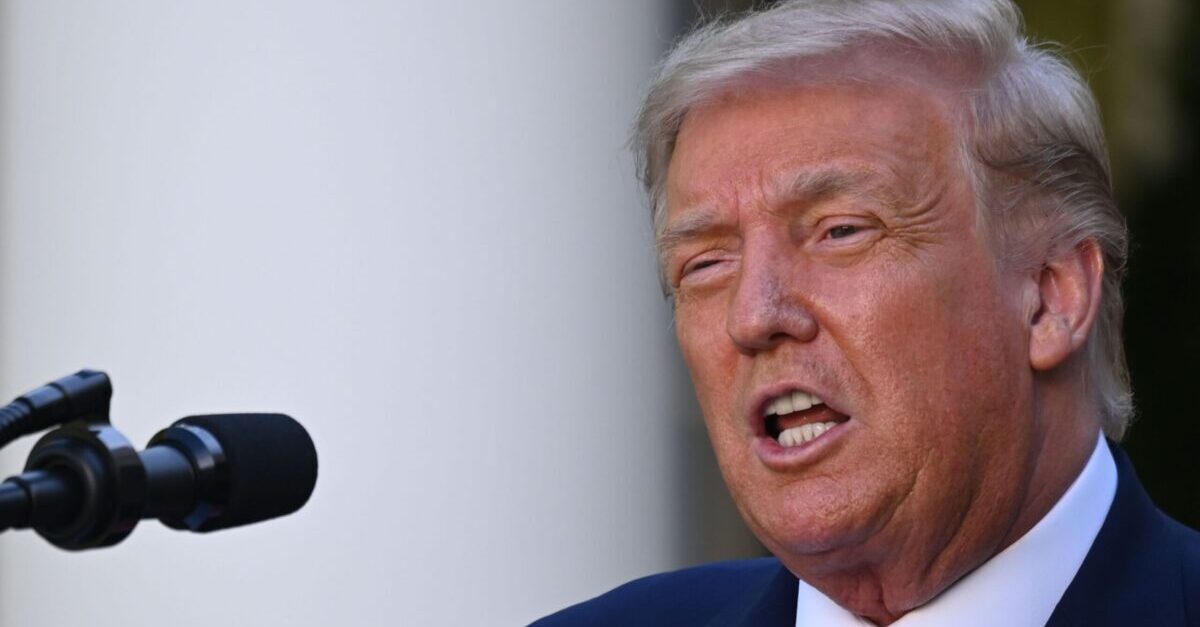 President Donald Trump garnered a great deal of attention from the press last week for addressing the national health pandemic with a more sober tenor during semi-daily briefings. Outlets such as CNN, The Washington Post, ABC News, and Bloomberg all praised the president’s newfound “tone” on engaging with the resurgent virus that has killed just under 150,000 Americans to date. But according to a Monday report from the Washington Post, after weeks of unsuccessfully trying to persuade Trump to take command of the crisis, the president changed his tone only after his senior advisors showed him evidence that cases of the disease were starting to proliferate in Republican states.  Per the report:

In the past couple of weeks, senior advisers began presenting Trump with maps and data showing spikes in coronavirus cases among ‘our people’ in Republican states, a senior administration official said.  They also shared projections predicting that virus surges could soon hit politically important states in the Midwest — including Michigan, Minnesota and Wisconsin.

“This new approach seemed to resonate, as he hewed closely to pre-scripted remarks in a trio of coronavirus briefings last week,” the report went on to say.

"This new approach seemed to resonate" with Trump.https://t.co/ghFp6Xbuj2

Not that we’ll ever have another president as pathologically narcissistic as @realDonaldTrump, but one powerful argument against the Electoral College is that it incentivizes any executive to maximize attention to some states but not others. https://t.co/kJA4cfjx70

Despite the president’s attempt to project a more serious disposition, the White House’s new pandemic task force does not include the nation’s preeminent infectious disease expert, Dr. Anthony Fauci. Fauci, who at times openly contradicted the president’s attempt to put a positive spin on the U.S. response to the virus, has seemingly been supplanted within the administration by Dr. Deborah Birx.

Others on the task force include Trump’s son-in-law Jared Kushner, Kushner advisers Adam Boehler and Brad Smith, Stephen Miller, and VP Mike Pence’s chief of staff Marc Short, who is being investigated for alleged conflicts of interest associated with the pandemic response.

Further adding to the pandemic’s direct effect on the future of the administration, it was reported by NBC News on Monday that Trump’s national security adviser Robert O’Brien tested positive for the coronavirus.