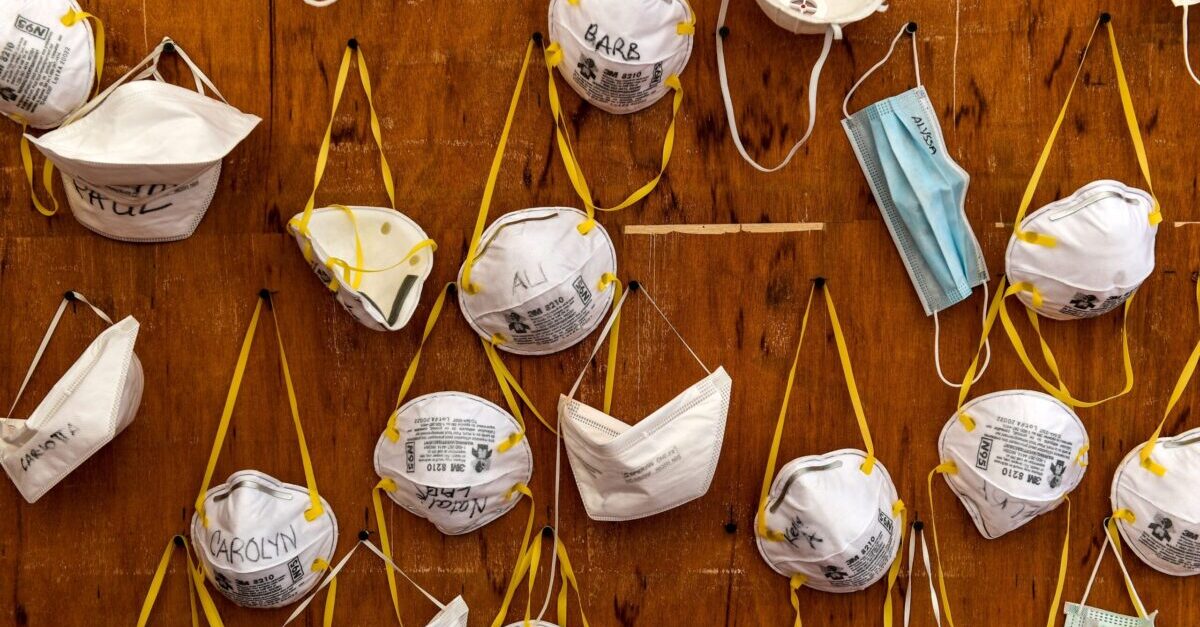 Listing Florida’s wealthiest county as the named defendant, the lawsuit alleges “infringement upon well-settled constitutionally protected freedoms of over a million Palm Beach County residents and visitors, including but not limited to our constitutional and fundamental human right to privacy and bodily autonomy.”

“Despite having no authority, actual or apparent, under Florida law to do so, Defendant has recklessly required countless American citizens and Florida residents, including the Plaintiffs, to submit to dangerous medical treatments with well-known risks and potential for serious injuries and death, including being forced to wear harmful medical devices like masks,” the 80-page filing continues.

The lawsuit, apparently not a parody or practical joke, was filed by Josie Machovec, Carl Holme, Rachel Eade and Robert Spreitzer.

Each of the plaintiffs, one identified as simply a resident, two as business owners and one as a retired public employee, respectively, claim they have “been severely impacted” by mandatory mask orders issued by Palm Beach County officials throughout the month of June.

Chief among the orders at issue are one which required face masks be worn by all persons entering government buildings and another which mandates the wearing of masks on all golf courses.

Citing several out-of-date sources and cherry-picked quotations from scientific journals, the lawsuit purports to make the case that there is “serious doubt” among relevant professionals about “the rationality and effectiveness of wearing masks in public places.”

There is, however, no real doubt among scientific authorities and public health officials on this issue. Masks are, rather, considered key to slowing down the spread of the novel Coronavirus (COVID-19) and saving thousands of lives amid the deadliest global pandemic in modern times.

While citing a bevy of constitutional complaints and references to civil liberties like freedom of speech and due process, the plaintiffs only offer them as legal conclusions. That is, the lawsuit does not attempt to provide an analysis as to why they cited provisions of the Florida and U.S. constitutions actually apply to their argument.

The filing, on page 22, also attempted a cursory explanation of breathing [emphasis added below]:

[H]umans necessarily use noses and mouths to breath (sic) by extrapolating oxygen from air inhaled and then releasing toxins and carbon dioxide when exhaling–which is common knowledge and basic human science that is taught in grade schools in Palm Beach County and throughout Florida.

The biology lesson in the lawsuit is made in service of the often-repeated myth that “masks lower oxygen levels when placed tightly on the nose and mouth.” That claim is, in a recurring theme for the plaintiffs and their theories, decidedly not true.

Depending on how one reads the lawsuit, the plaintiffs allege seven or eight various counts against Palm Beach County. (The final named “count” is actually a request for a permanent injunction.)

According to the lawsuit, county officials have: (1) exceeded their lack of authority; (2) violated the plaintiffs’ basic rights; (3) violated their due process rights; (4) as well as their bodily autonomy rights and right to privacy; (5) violated Florida’s Equal Protection Clause; (6) issued a vague mandate that cannot sustain judicial scrutiny ;and (7) violated their freedom of speech.

They are seeking several forms of declaratory relief, two injunctions against the mask mandate and violations of the Florida Constitutions, and “any and all further relief as is just and proper.”

Perhaps tellingly, the lawyers and the public interest law firm which filed the lawsuit didn’t bother asking for attorney’s fees.