GOP Official Who Shared ‘Racist’ Image of Banana Next to MLK Jr. Quote Is No Longer Resigning as Promised 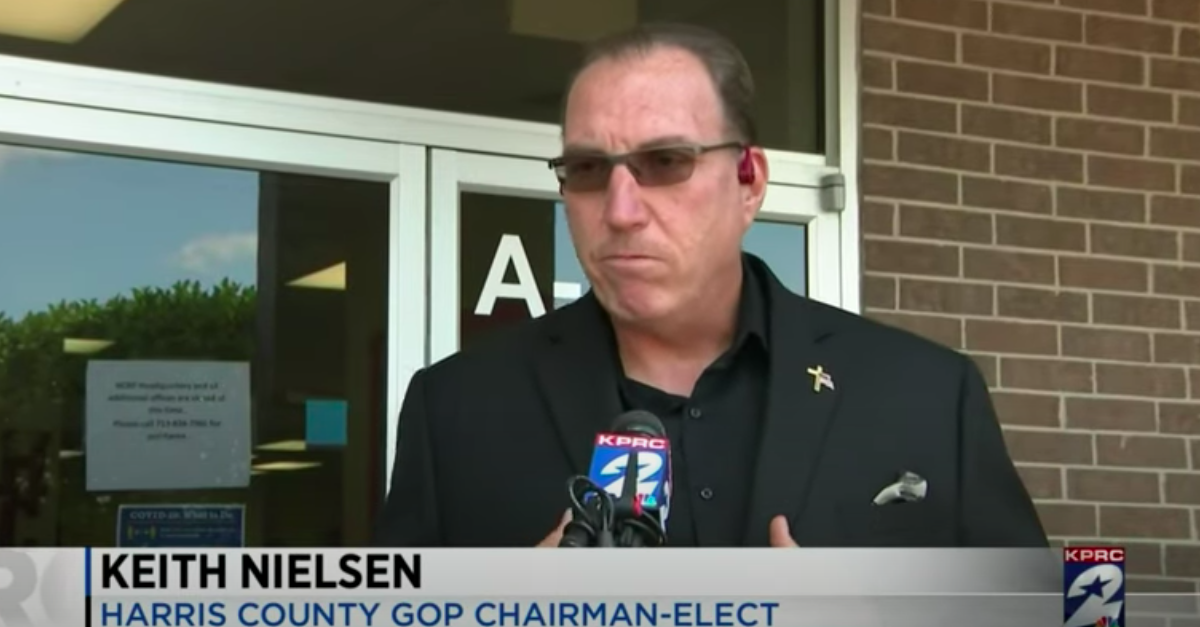 Top Republican officials in Texas are preparing for the fallout as Harris County GOP chairman-elect Keith Nielsen is poised to take office next month despite promising to resign after he was condemned for posting a “racist” image on social media a few weeks ago, the Texas Tribune reported Monday.

Nielsen sparked widespread outrage in June when he posted a since-deleted image to his Facebook page featuring a famous Martin Luther King Jr. quote—”injustice anywhere is a threat to justice everywhere”—and a picture of a banana.

Stepping aside.
Harris Co. GOP Chair elect Keith Nielsen following firestorm over his post depicting a single banana next to the words of #MLK. #Fox26 pic.twitter.com/cWV6EqB1VX

The post sparked immediate backlash from the public and within his own party. This included public rebukes from Texas Sen. Ted Cruz who called the post “stupid” and “racist,” and Lt. Gov. Dan Patrick who said Nielsen should “withdraw immediately from any further consideration as county chair.”

Nielsen then issued a public statement, again on his Facebook page, saying it was “unfortunate that the sentiment of the quote and my admiration for Dr. Martin Luther King Jr. has been overshadowed by people’s misinterpretation of an image”; he also promised he would not be taking office as scheduled.

“I regret that I must step aside as Chairman-elect of the Harris County Republican Party and will not be taking office on Aug. 3rd. I will continue to stand up for the values that have made our country great…’Faith, family and freedom.’ Dr. King’s quote is as relevant today as when it was delivered. ‘Injustice anywhere is a threat to justice everywhere,'” Nielsen wrote.

But according to the Texas Tribune, that post–which has also been deleted–is no longer true, as Nielsen made an “unexpected appearance” at the Harris County GOP’s organizational meeting on Saturday where he announced that he once again planned to take office on Aug. 3. Per the report:

Nielsen’s apparent reversal is alarming news to Harris County Republicans who had hoped to put the controversy behind them to fully focus on a challenging November election. The county is the state’s largest and while it was once a battleground, Republicans have quickly lost ground there over the past few election cycles.

The party had taken Nielsen’s word that he would not assume office as promised, and had even begun planning a special election next month to choose his replacement. But party spokesperson Genevieve Carter confirmed to the Texas Tribune that Nielsen had never formally notified the party’s secretary of his resignation, which is required for him to officially abdicate the role.

Bob Sumicek, a Senate district chair who attended the Saturday meeting, told the online news site that Nielsen said he’s “gonna be taking charge” of the next meeting and “that we need to go on and start running the party.”