Court Strikes Down Gov. Cuomo’s Order Limiting Capacity in Houses of Worship Because It ‘Discriminates Against Religion on Its Face’ 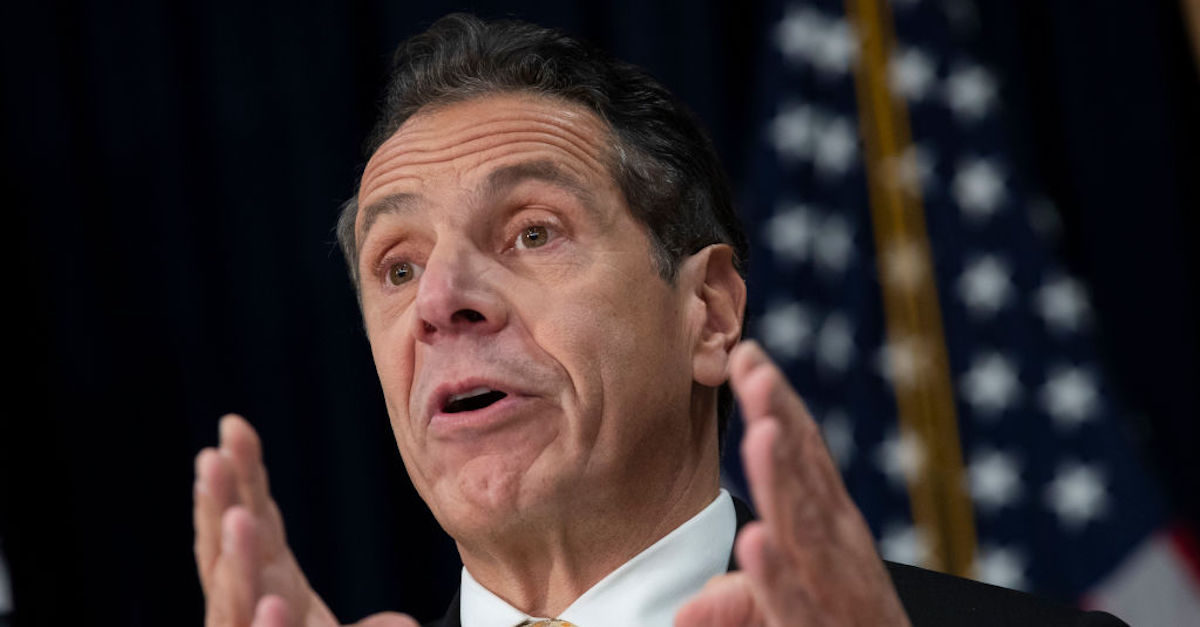 A federal appellate court in New York struck down Gov. Andrew Cuomo’s pandemic-related executive order capping the maximum number of people permitted in houses of worship, holding that it violated the Free Exercise Clause of the First Amendment.

A three-judge panel on the U.S. Court of Appeals for the Second Circuit unanimously sided with the Catholic Diocese of Brooklyn and two Orthodox Jewish synagogues, holding that the order was “not neutral” as it imposed greater restrictions on religious activities than on secular activities deemed “essential.” The ruling was handed down a month after the U.S. Supreme Court granted the religious institution’s request for a temporary injunction preventing the capacity limitation order from being enforced.

The 36-page opinion was penned by Circuit Judge Michael H. Park, an appointee of President Donald Trump, and joined by Judges Steven Menashi and Debra Ann Livingston, who were appointed by Trump and George W. Bush, respectively.

Citing to the high court’s 5-4 decision, the panel found that the case warranted “strict scrutiny,” the most stringent standard of judicial review. Under strict scrutiny, the government is required to demonstrate that the regulation in question is “narrowly tailored” to serve a “compelling state interest” by the “least restrictive means” available.

“In light of the Supreme Court’s decision, we hold that the Order’s regulation of ‘houses of worship’ is subject to strict scrutiny and that its fixed capacity limits are not narrowly tailored to stem the spread of COVID-19. Appellants have established irreparable harm caused by the fixed capacity limits, and the public interest favors granting injunctive relief,” the order stated. “Moreover, the Order does not impose generally applicable public-health guidelines, like requiring masks and distancing or limiting capacity by time. Instead, the Governor has selected some businesses (such as news media, financial services, certain retail stores, and construction) for favorable treatment, calling them ‘essential,’ while imposing greater restrictions on ‘non-essential’ activities and religious worship. That lack of general applicability is also subject to strict scrutiny.”

UCLA law professor and former U.S. Attorney Harry Litman said the ruling followed a “very significant trend that the courts’ review of Covid regulations will be remembered for.”

The order also took Cuomo to task, saying the limitations for houses of worship bore “little relation” to the pandemic transmission risks relied upon by Cuomo when he put them in place.

“As an initial matter, the Governor’s identification of those risks relied on broad generalizations made by public-health officials about inherent features of religious worship,” Park wrote. “Even taking these assertions at face value, however, the Governor must explain why the Order’s density restrictions targeted at houses of worship are more effective than generally applicable restrictions on the duration of gatherings or requirements regarding masks and distancing. The Governor may not, of course, presume that religious communities will not comply with such generally applicable regulations.”

Attorney Avi Schick, who represented one of the synagogues in the case, told BoroPark 24 that the implications of the court’s ruling will extend well beyond pandemic-related restrictions.

“It is a clear statement from the Second Circuit that government can’t disfavor religion merely because they see no value in it,” Schick said. “I expect that this decision will stop future governments from imposing rules that restrict religion, and it also sets a standard that we can rely on in court in those instances when government does not heed that lesson.”

After the Supreme Court ruling in late November, Cuomo responded by saying it was “irrelevant.”

“It’s irrelevant of any practical impact because of the zone they were talking about is moot. It expired last week,” he said. It doesn’t have any practical effect.”

On Monday, the Second Circuit found Cuomo’s executive order “discriminates against religion on its face.” Per footnote 17:

Agudath Israel also argues that the Order is subject to strict scrutiny for the independent reason that the Governor “gerrymandered” the initial zone boundaries to target Orthodox Jewish communities. We need not reach this argument because we conclude that the Order discriminates against religion on its face.