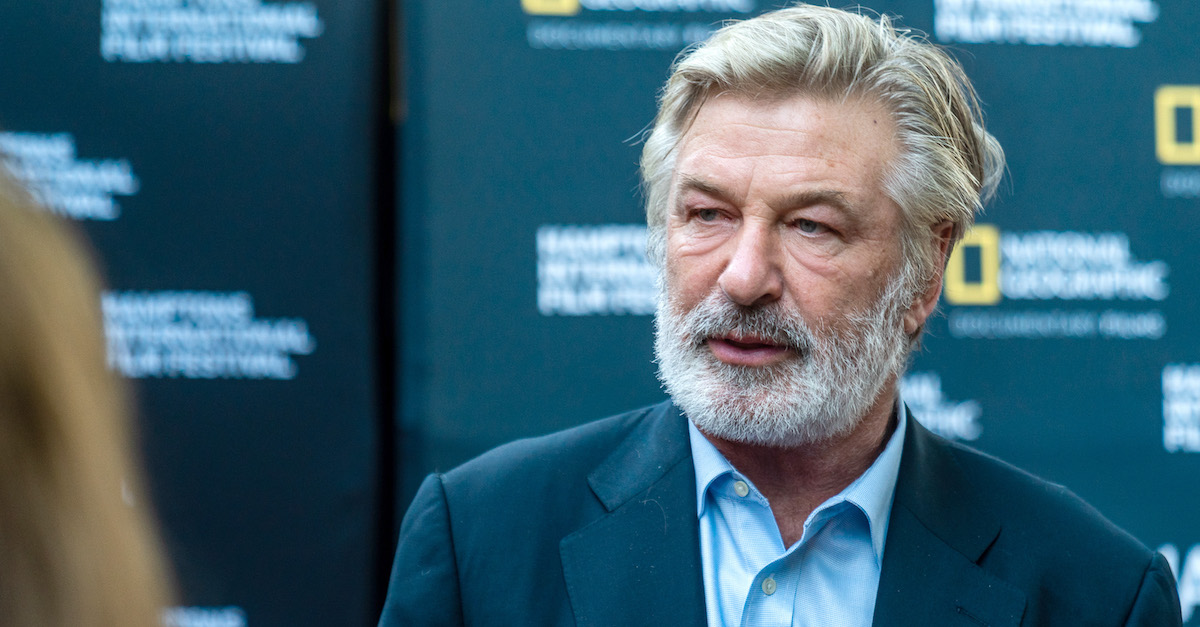 Alec Baldwin and other producers of the scuttled Western film “Rust” filed a motion in a Los Angeles court to dismiss a lawsuit previously filed by the film’s script supervisor Mamie Mitchell.

The 32-page demurrer asks the Los Angeles County Superior Court “to dismiss the Complaint in its entirety without leave to amend.”

Baldwin’s Monday motion intends to dismiss each allegation in turn.

Notably, Baldwin’s dismissal motion explicitly does not take issue with the facts as alleged in Mitchell’s lawsuit — the first in a series of “Rust”-related litigation to allege intentional and deliberate acts.

From the demurrer [emphasis in original]:

As this Court respectfully knows, the law governing demurrers requires this Court to accept the allegations in the Complaint as if they are true, and consequently for purposes of this Demurrer, Defendants cannot, and are not, challenging whether any of those factual allegations are in fact true. As Plaintiff alleges, a terrible tragedy occurred on October 21, 2021 during the production of the western-theme movie, “Rust,” when defendant Alexander R. Baldwin III was handed a prop gun during a rehearsal, was advised that it was a “cold gun” – meaning the prop gun was either unloaded or loaded only with inert/non-firing “dummy” rounds – and the gun discharged, resulting in the death of the Cinematographer and injury to the Director.

“What Defendants challenge is [Mitchell’s] claim that she has any legal right to any monetary recovery in this Court,” the motion to dismiss goes on. “The law is clear that she does not.”

The motion essentially argues that Mitchell’s claims are barred by New Mexico law because the shooting was a workplace accident.

“Plaintiff cannot bring a workplace injury claim before this Court based on alleged negligence because Defendants are generally immune from such claims under New Mexico’s worker’s compensation law,” the demurrer goes on. “Any such claim brought in civil court would be dismissed as a matter of law.”

To hear Baldwin and the other co-defendants tell it, the “exclusive remedy” underlying for Mitchell in terms of recompense must come by way of the Land of Enchantment’s worker compensation system.

The demurrer also goes after the rhetorical language used in the original lawsuit filed by celebrity attorney Gloria Allred on Mitchell’s behalf.

The original November filing put it this way:

The events that led to the shooting by Mr. Baldwin of a loaded gun constituted intentional acts and/or omissions, without any just cause or excuse, on Alec Baldwin’s part or the Producers of “Rust”. Mr. Baldwin chose to play Russian Roulette with a loaded gun without checking it and without having the Armorer do so. His behavior and that of the Producers on “Rust” were intentional acts and/or omissions, without any just cause or excuse and with utter disregard of the consequences of said acts and/or omissions. The fact that live ammunition was allowed on a movie set, that guns and ammunition were left unattended, that the gun in question was handed to Mr. Baldwin by the Assistant director who had no business doing so, the fact that safety bulletins were not promulgated or ignored, coupled with the fact that the scene in question did not call for a gun to be fired at all, makes this a case where injury or death was much more than just a possibility – it was a likely result.

The defendants — Baldwin and the other “Rust” producers — sought to rubbish those headline-generating claims by directly dissecting the chosen metaphor.  From the responsive demurrer at length:

Plaintiff’s faulty comparison of this accident to Russian Roulette is a perfect illustration of the distinction between Plaintiff’s allegations and intentional conduct. She claims, “Mr. Baldwin chose to play Russian Roulette with a loaded gun without checking it and without having the Armorer do so.” “Russian Roulette,” however, is intentionally firing a gun that is known to be loaded with a single live round – not failing to double-check a gun that has been announced to be “cold.”

Allred brushed off the motion to dismiss and said she was looking forward to availing her client’s interest in court.

“The defendants who filed the demurrer are trying to avoid explaining their conduct before a judge and a jury in a court of law,” the attorney told Law&Crime in a statement. “We intend to vigorously oppose their demurrer, and we believe that we should be allowed to proceed.”

Baldwin’s full motion is available below: