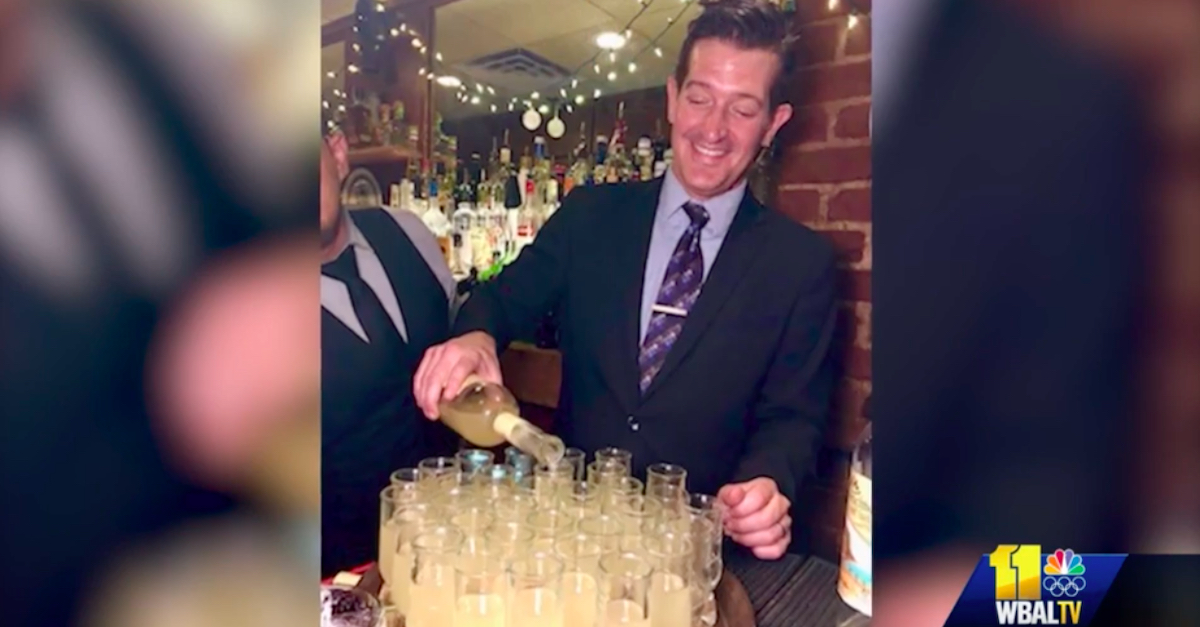 Law enforcement authorities in Maryland are investigating after the general manager of a popular Italian food restaurant in Baltimore was gunned down just after midnight Monday morning. Police said Chesley Patterson, 44, who ran the prominent La Scala Ristorante Italiano in Little Italy, was fatally shot in what appears to be a botched robbery recorded by a nearby surveillance camera.

According to a press release from the Baltimore Police Department, officers at approximately 12:06 a.m.  responded to a 911 call about a shooting on Eastern Avenue in the city’s Southeast District. Upon arriving at the scene, first responders found a 44-year-old male who appeared to be suffering from a single gunshot wound. Emergency Medical Services medics attempted life-saving procedures and transported the victim to Johns Hopkins Hospital. Despite the efforts of medical staff, the victim was pronounced dead shortly after arriving at the facility.

Homicide detectives investigating the murder said they had learned “this shooting stemmed from a robbery gone bad.”

While police did not release the name of the victim, La Scala mourned the loss of Patterson, referring to him as “a beloved friend and General Manager” in a Facebook post.

“Chesco as he was called by all of us was a warm, kind and familiar face to both staff and all who have dined with us over the last 17 years,” the restaurant said. “He was leader to all and an invaluable part of our family. As we try to navigate yet another horrendous and painful loss we respectfully ask for privacy and understanding.”

According to a report from Baltimore Fox affiliate WBFF, a surveillance camera located on the corner of Eastern Avenue captured Patterson’s murder on film. Journalist Keith Daniels posted a clip of the surveillance footage obtained by the station to Twitter showing the moments just before Patterson is shot.

According to the report, the footage shows Patterson park his sedan on the street then goes into a corner store. An employee at the store told the station Patterson purchased two items before leaving. Patterson can then reportedly be seen putting the items in the trunk and get inside his vehicle.

Brazen murder of restaurant GM Chesley Patterson, caught on surveillance video. How it may help police find the gunman. First on Fox coming up at 10. @FOXBaltimore pic.twitter.com/Dhsz22ks06

WBFF reported that the individual can be seen opening Patterson’s car door holding a gun and shoots him at least once.

Baltimore Police urged anyone with information on the shooting to contact authorities. Tipsters can remain anonymous and could be eligible for a monetary reward by calling Metro Crime Stoppers at 1-866-7LOCKUP(1-866-756-2587).

Patterson’s death is not the only tragedy to strike La Scala in recent months and years.

Nayely Paz, an 18-year-old restaurant employee was also gunned down in October 2020, shortly after she graduated from high school. She and her high school sweetheart, who was also shot, were reportedly going to get ice cream when a vehicle pulled up next to their car and opened fire.

Patterson himself also helped raise more than $28,000 after a friend and colleague was in a fatal motorcycle accident on his way to work in October 2021.

“With heavy hearts we announce the passing of our friend and family member, Marco Tulio Lemus Osorio. Friday afternoon, tragedy invaded our world. Marco was struck by a truck while riding his motorcycle on Holabird Avenue, on his way to work,” Patterson wrote.

“After substantial injuries, intensive surgeries, and a fight only he could attempt to endure, Marco’s life was cut short,” he added.