Alec Baldwin ‘Intentionally’ Fired the Shot that Killed Halyna Hutchins and ‘Chose to Play Russian Roulette with a Loaded Gun’ in Violation of the Script, New Lawsuit Claims 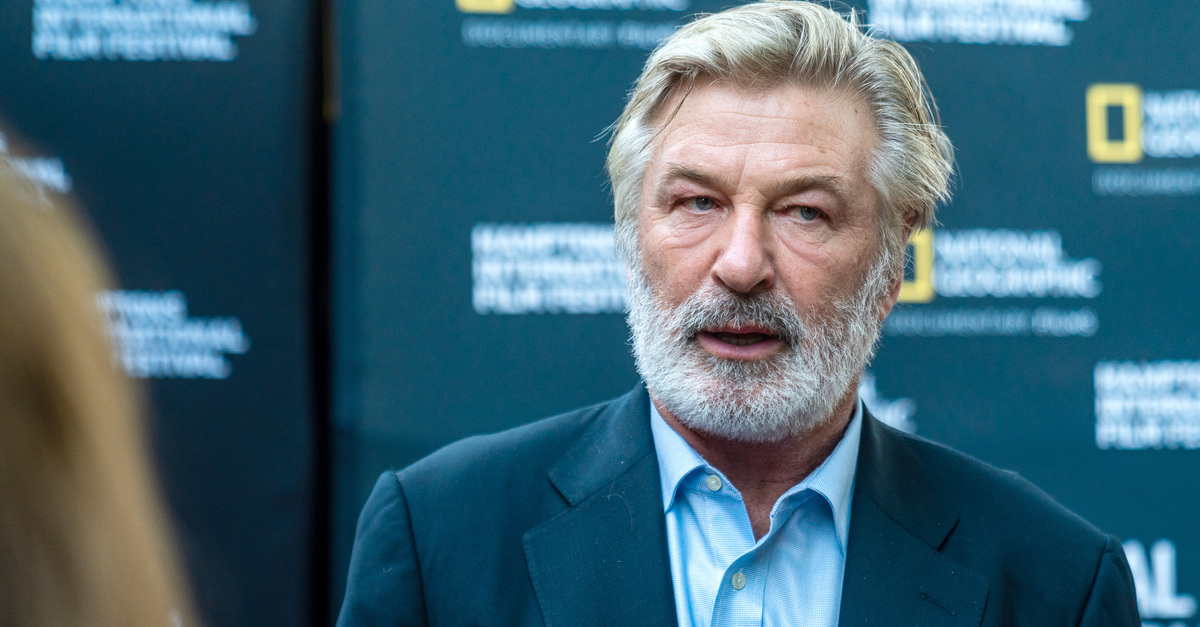 A new lawsuit was filed Wednesday over the fatal shooting incident on the set of the Alec Baldwin western “Rust” that names the star and producer as a defendant. In the lawsuit filed by script supervisor Mamie Mitchell, Baldwin is accused of failing to follow the script’s direction by firing a gun when it wasn’t actually called for.

The shocking on-set shooting took the life of cinematographer Halyna Hutchins while wounding director Joel Souza. Mitchell, who is being represented by powerhouse Hollywood attorney Gloria Allred, is suing because she was allegedly injured during the incident.

In contrast to an earlier lawsuit filed by the movie’s gaffer, Serge Svetnoy, Mitchell’s lawsuit alleges that Baldwin and others committed intentional and deliberate acts.

The events that led to the shooting by Mr. Baldwin of a loaded gun constituted intentional acts and/or omissions, without any just cause or excuse, on Alec Baldwin’s part or the Producers of “Rust”. Mr. Baldwin chose to play Russian Roulette with a loaded gun without checking it and without having the Armorer do so. His behavior and that of the Producers on “Rust” were intentional acts and/or omissions, without any just cause or excuse and with utter disregard of the consequences of said acts and/or omissions. The fact that live ammunition was allowed on a movie set, that guns and ammunition were left unattended, that the gun in question was handed to Mr. Baldwin by the Assistant director who had no business doing so, the fact that safety bulletins were not promulgated or ignored, coupled with the fact that the scene in question did not call for a gun to be fired at all, makes this a case where injury or death was much more than just a possibility – it was a likely result.

The 30-page original complaint also offers what Mitchell says should have happened during the tragic scene in question:

The lawsuit also says that safety protocols were violated in the immediate moments leading up to the shooting–and that such violations were also deliberate decisions made by Baldwin and assistant director Dave Halls.

“Live ammunition was allowed onto the set despite the fact that live ammunition is never to be used nor brought onto any studio lot or stage,” the complaint goes on. “Alec Baldwin intentionally, without just cause or excuse, cocked and fired the loaded gun even though the upcoming scene to be filmed did not call for the cocking and firing of a firearm. Alec Baldwin intentionally, without just cause or excuse, fired the gun towards individuals, including Plaintiff, Ms. Hutchins, and Mr. Souza, even though protocol was not to do so.”

The lawsuit says that Baldwin flouted well-known safety rules when firing the gun–rules he would have been well-apprised of after his decades in Hollywood.

“Alec Baldwin should have assumed that the gun in question was loaded unless and until it was demonstrated to him or checked by him that it was not loaded,” the filing says. “He had no right to rely upon some alleged statement by the Assistant Director that it was a ‘cold gun.’ Mr. Baldwin cannot hide behind the Assistant Director to attempt to excuse the fact that he did not check the gun himself.”

Additionally, the lawsuit says that Baldwin and other producers made intentional efforts to save costs and that those decisions intentionally endangered lives.

“Plaintiff is informed and believes, and thereon alleges, that defendant producers intended to cut through what was considered derisively as red tape common in Hollywood-based productions by running some of “Rust”’s filmmaking apparatus out of Georgia and New Mexico,” the complaint alleges. “[A]s part of the cost-cutting measures taken to produce “Rust” within the low-budget mold, defendant producers intentionally failed to hire experienced crew members to manage and handle the numerous weapons that were to be used in the film “Rust”, an outlaw western-themed film that was known to involve the use of numerous firearms, considered an ultrahazardous activity throughout its filming.”

The filing technically alleges three causes of action: (1) assault; (2) intentional infliction of emotional distress; and (3) deliberate infliction of harm. Mitchell says the incident has left her with severe physical and mental injuries.

“As a result of defendant Baldwin’s pointing and discharging the gun towards her, [Mitchell] has suffered compensable damages including, without limitation, extreme and severe emotional distress for which she has had to employ medical treaters, including, without limitation, mental health providers for her emotional and/or physical injuries,” the lawsuit alleges. “Plaintiff was severely injured in, without limitation, her health, strength and activity and sustained serious physical trauma and shock and injury to her nervous system and person, all of which injuries have caused, and continue to cause Plaintiff extreme mental, physical and nervous pain.”

Safety issues should have been on the producers’ minds, Mitchell says, because of “at least two instances of weapons misfiring during the filming of ‘Rust’ prior to defendant Baldwin’s firing at [Mitchell], Hutchins, and Souza.”

Allred echoed the language of the complaint in a lengthy statement obtained by Law&Crime.

“We allege in our lawsuit that the events that led to the shooting by Mr. Baldwin of a loaded gun do not constitute simple negligence on Alec Baldwin’s part or the Producers,” the attorney said. “Instead, in our opinion, Mr. Baldwin chose to play Russian Roulette when he fired a gun without checking it and without having the Armorer do so in his presence. His behavior and that of the Producers on ‘Rust’ was reckless. The fact that live ammunition was allowed on a movie set, that guns and ammunition were left unattended on a cart and allowed to be handled by those who had no business handling them, the fact that safety bulletins were not promulgated or ignored makes this a case where injury or death was much more than just a possibility; it was a likely result.”

Mitchell is suing for an unspecified amount of money, including compensatory, general, and special damages as well as past and future loss of earnings and earning capacity, civil penalties, punitive damages, costs, interest, and attorney’s fees.

Law&Crime reached out to an attorney for Halls but no response was immediately forthcoming at the time of publication. Representatives for Baldwin said they were unable to field inquiries when asked about the lawsuit.