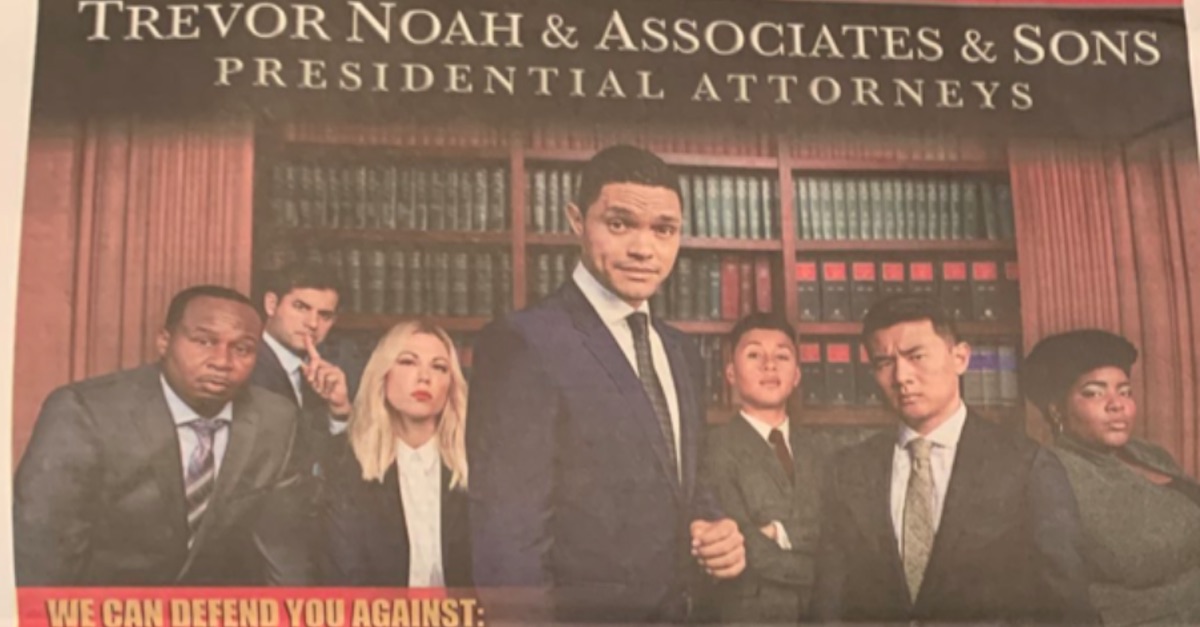 The Daily Show’s Trevor Noah took out full-page ads in the New York Times, Washington Post, and Los Angeles Times on Thursday, targeting President Donald Trump. The ad is for a fake law firm—Trevor Noah & Associates & Sons—that promises to use its army of “presidential attorneys” to defend the 45th president against allegations of “corruption,” “mega-corruption,” “mail murder,” and more.

“Are you a soon-to-be ex-president? About to lose legal immunity? Has your lawyer gone to jail? Call the very fine people on YOUR side,” the ad begins. The “legal immunity” line presumably refers to recent Supreme Court precedent and developments in Manhattan DA Cy Vance’s case for Trump’s tax returns. It could also refer to DOJ policy against indicting a sitting president—which would be lost if Trump is no longer president. Michael Cohen, a former personal attorney for the president, indeed went to prison. 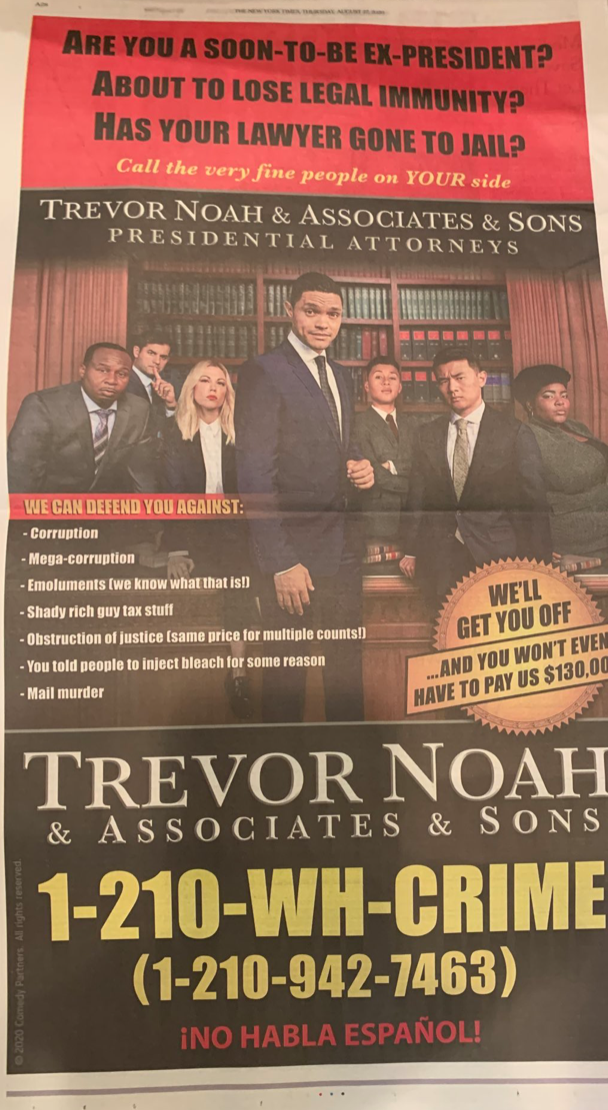 The fake attorneys say they specialize in defending one client in corruption, emoluments, obstruction and mail murder cases:

WE CAN DEFEND YOU AGAINST:

-Emoluments (we know what that is!)

-You told people to inject bleach for some reason

Then came the tagline: “We’ll get you off… and you won’t even have to pay us $130,000″—a clear reference to the Stormy Daniels hush payment. Finally, there was the phone number of the nonexistent firm: 1-210-WH-CRIME.

“Hey @realdonaldtrump! Take a break from Fox & Friends and give us a call!” Noah tweeted on Thursday morning.

Some thought this was good trolling and the best thing they’ve seen all day.

Others wondered why Democrats are not mocked by comedians in the same way:

Old enough to remember when "comedians" used to hit both sides. pic.twitter.com/1GUd8DYNlM