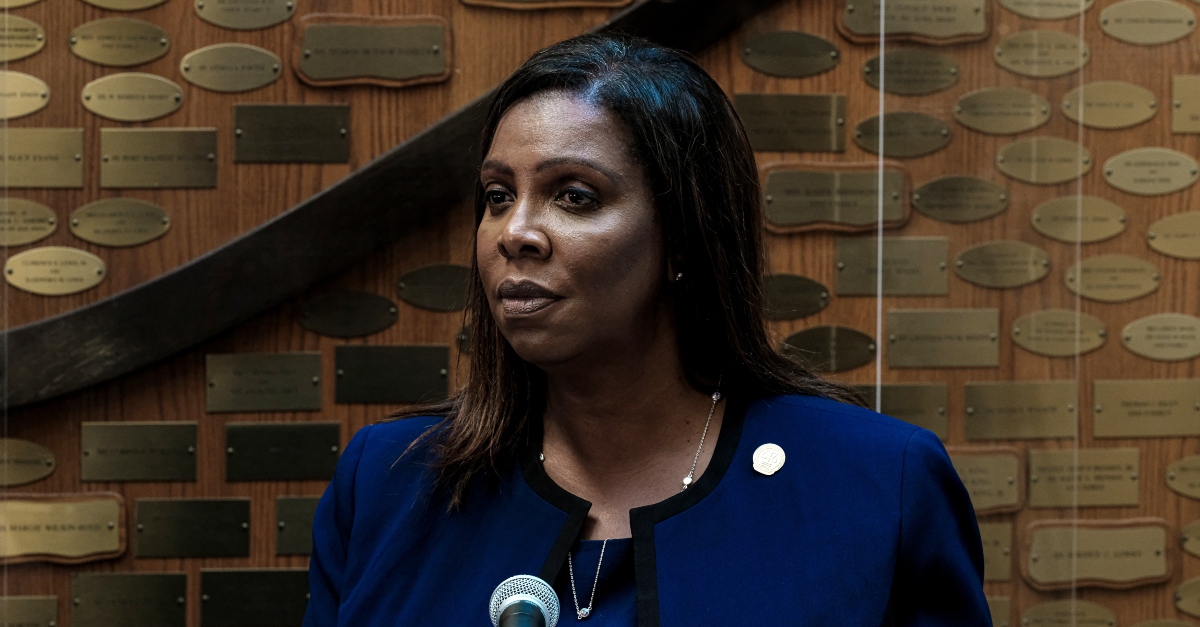 “In New Mexico, for example, an influx of patients from Texas has already strained provider resources and made it more difficult for New Mexico residents to receive timely care,” they wrote in a friend-of-the-court brief. “Similar impacts are being seen or expected to be seen in other Amici States, including California, Colorado, Illinois, and Nevada.”

The top prosecutors sprinkled footnotes throughout those sentences of newspaper headlines proclaiming just that, including articles by the Texas Tribune, New York Times, Colorado Sun, Nevada Independent, and Chicago Tribune.

“To be clear, under Texas’ draconian law, most women seeking an abortion will not even know they are pregnant by the time the clock runs out.,” James wrote in a statement. “The law further promotes vigilantism by enticing bounty hunting against those helping women access constitutionally protected health care. While Texas and other conservative-led states lead a war on women and their reproductive rights, we will continue our fight to protect women’s health care, women’s bodies, and women’s choices, and we will do everything in our power to stop this twisted version of the Handmaid’s Tale from harming another woman.”

The “bounty hunting” that James refers to is SB8’s novel enforcement mechanism that creates a private cause of action and monetary reward incentivizing private citizens to bring lawsuits against any person who “aids or abets the performance or inducement of an abortion.”

That phrase is defined broadly as “including paying for or reimbursing the costs of an abortion through insurance or otherwise [..] regardless of whether the person knew or should have known that the abortion would be performed.”

As previously reported by Law&Crime, the Texas law’s peculiar construction appears to be explicitly designed to thwart judicial oversight—a gambit that so far has succeeded before a 5-4 Supreme Court with a conservative majority and before a GOP-appointed panel of circuit judges on U.S. Court of Appeals for the Fifth Circuit.

In its efforts to frustrate judicial standing, Wisconsin Attorney General Josh Kaul, another amicus brief co-signer, says that the law treats the courts like a “game.”

“This unconstitutional law treats the rule of law like a game and, if left in effect, will not only violate the rights of women in Texas but also spur harmful copycat legislation that would further infringe upon reproductive freedom,” Kaul said. “This law must be struck down.”

They warn that if courts do not block the “evasive scheme” to sidestep Roe v. Wade, copycat laws will flourish in the model of Texas’s SB8 and create vast “abortion deserts” across the United States.

“While lower courts have generally, as they must, applied Supreme Court precedent to enjoin these bans, Texas’s success in avoiding such an injunction through S.B. 8’s procedural ploy would embolden like-minded states to enact ‘copycat’ laws, which could quickly lead to successful bans in many states,” the brief states. “If access to safe and legal abortion is severely restricted or banned in states across the country, vast ‘abortion deserts’ will arise. The inevitable result is that some patients will be forced to travel hundreds or thousands of miles to receive care, health care systems in states like ours that continue to provide abortion access will face untenable strain, and many patients without resources to travel will simply be unable to receive the care that they need, leading to negative health consequences.”

Judge Pitman, a Barack Obama appointee, scheduled a hearing for Oct. 1 at 9 a.m., shortly after the filing of the brief.