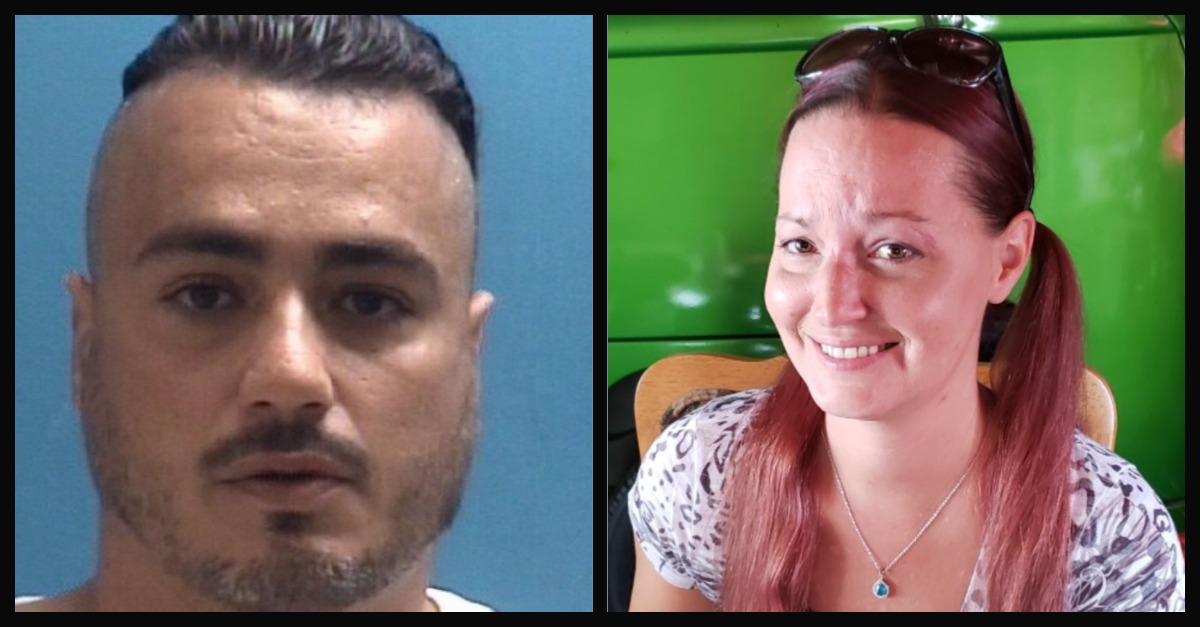 An Indiana man who was arrested last week after law enforcement officers began searching for his missing girlfriend was formally charged on Wednesday with killing the woman and burying her body where the man and the woman’s father both worked.  And authorities say the man’s phone contained child pornography.

Patrick Even David Doyle, 38, was charged with felony possession of child pornography and murder in Bartholomew Circuit Court, which serves Columbus, Ind. As previously reported by Law&Crime, Doyle is accused of killing his 37-year-old girlfriend Heather Ann Steuver, whose family told police they had not seen her for several days when they reported her missing on Aug. 26.

According to a probable cause affidavit filed Wednesday by Chief Deputy Attorney Kevin Abner, deputies with the Bartholomew County Sheriff’s Office (BCSO) responded to a missing person report filed by Steuver’s mother Teresa Lowe. Investigators on Aug. 26 went to the home of Steuver’s father, Jerry Lowe.  The father had been allowing his daughter and Doyle to reside with him.  There, they met with Doyle and with Steuver’s parents to take down preliminary information. Jerry Lowe and Doyle both worked at the Nugent Sand Company.

Later that same evening, Steuver’s mother called deputies again after she found what appeared to be blood in the bedroom shared by Doyle and her daughter.

Teresa Lowe told investigators that she suspected text messages sent from her daughter’s phone in recent days had actually been sent by Doyle.

During the interview, Doyle allegedly told investigators there was “an incident between himself and Heather on late August 21, 2021 into the early morning of August 22, 2021.”

“According to [Doyle], during this time he discovered blood on himself and observed injuries to Heather’s face,” the affidavit says. “He explained that on the morning of August 22, 2021 he awoke and discovered Heather deceased in the bed next to him. [Doyle] was adamant that he had physically caused Heather’s death but he was unsure how he did so because he was intoxicated at the time.”

Doyle also allegedly told detectives that he wrapped Steuver’s body in a bed sheet and disposed of it on property owned by Nugent Sand Company, where both he and Steuver’s father worked, by covering her remains with rocks. He allegedly also told investigators that he put some of Steuver’s possessions in a pillowcase, which he then threw in a lake that was also on the company’s property.

Investigators said Doyle also admitted that he took additional steps to try and convince Steuver’s family that she was alive and well.

“One thing [Doyle] explained he did was text individuals from Heather’s cellphone after her death,” the affidavit says. “According to [Doyle], this included texts to his cellphone, as well as texts to Teresa, in an attempt to make it appear Heather was using her cellphone. As for keeping the location of Heather’s body concealed, [Doyle] informed me following the disposal of Heather’s body he returned on two separate mornings and shoveled more soil on Heather.”

Doyle then told investigators where they could find Steuver’s remains. An autopsy performed by Forensic Pathologist Dr. Thomas Sozio at Columbus Regional Hospital determined that Steuver’s manner of death was a homicide caused by “blunt force trauma to the head.”

Doyle is currently being held without bond in the Bartholomew County Jail.