The Trump campaign promised that it would seek a recount in Wisconsin and they are delivering—at least partially—ahead of the required deadline to make that request. Reports say that the campaign will seek a partial recount in the Badger State.

Limiting the @realDonaldTrump recount to a handful of counties will obviously greatly reduce the $7.9 million price tag of a state-wide recount in WI

The two counties that the @realDonaldTrump campaign will file recounts in are Milwaukee and Dane Counties. Between the two there are nearly 800,000 votes that were cast

Joe Biden won Wisconsin by more than 20,000 votes. The results in Dane County and Milwaukee County were overwhelmingly in favor of Biden: 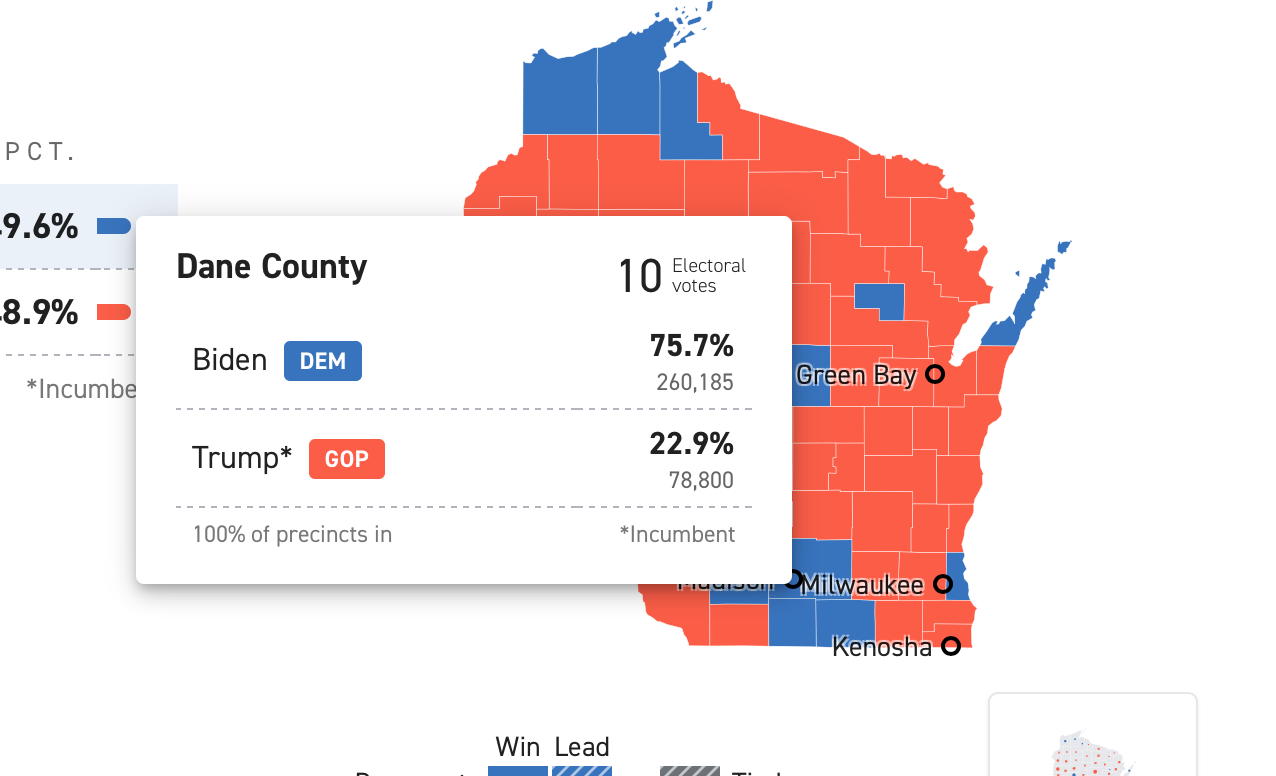 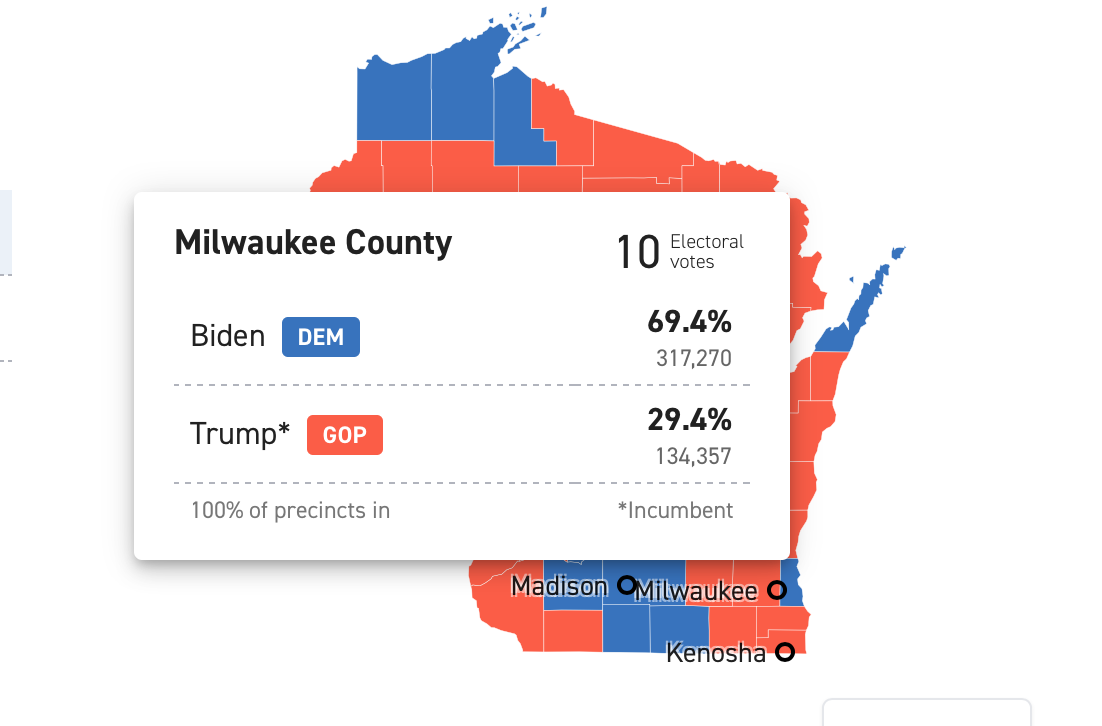 The president’s son Eric Trump tweeted a story in 2016 that said the money spent on the Stein-Hillary Clinton recount could have been used instead to save the lives of children.

The Sad Truth: The Cost Of Stein/Clinton's #Wisconsin Vote Recount Could Have Saved At Least 5,000 Children's Lives https://t.co/sMNQJDfppt

[Image via via Steve Pope/Getty Images]