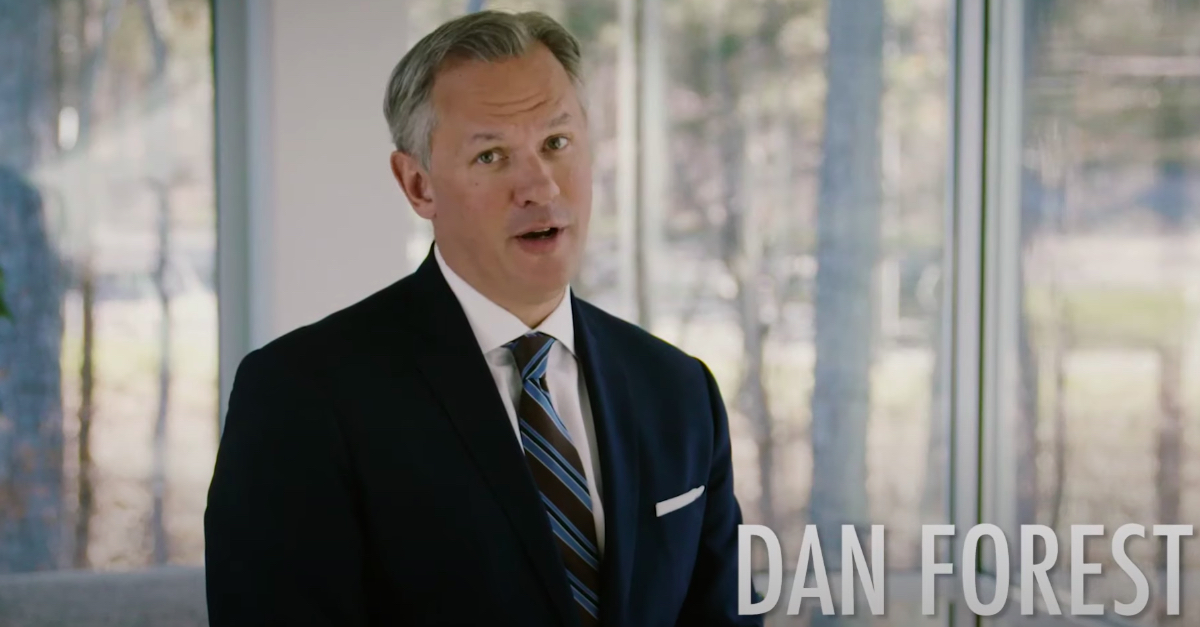 State Attorney General Josh Stein (D) and the Board on Tuesday settled a lawsuit demanding the state push back the deadline for receiving mail-in ballots to account for postal delays, agreeing to allow ballots postmarked by Election Day but received up to six days later to be counted (similar to a recent ruling in Wisconsin). The agreement also permits voters to rectify ballots that are deemed to be missing mandatory information.

In a letter addressed directly to Barr, Forest alleged that Stein and the Board of Elections “entered into a collusive agreement with the Democratic plaintiffs to enact, without the consent of the legislature, wholesale changes to the absentee ballot laws of North Carolina.”

Forest said that the agreement “effectively gutted provisions that ensure a quick resolution of the election,” and other measures he claimed were put in place “to prevent the disaster that happened in the 2018 election for North Carolina’s 9th U.S. House District, which was voided because of illegal ballot harvesting.” Notably, that illegal ballot harvesting scheme Forest referred to benefited the Republican Party.

The only two Republicans on the state’s election board, Ken Raymond and David Black, resigned in protest of the agreement Wednesday evening, alleging that they were misled about the deadline extension.

The resignation letters of Ken Raymond and David Black are attached. They outline points in which they say they were misled regarding the vote, which the NCSBE has touted as unanimous #ncpol pic.twitter.com/Orw1TyxZbl

Forest also attacked North Carolina’s Democratic Governor Roy Cooper, saying Cooper aided in the “attack on the integrity” of the election by “fighting tooth-and-nail” to ensure the Board remained under his control instead of becoming an independent oversight body.

“The fact that an executive agency would dare enter into an agreement that attempts to make substantial changes to our election law less than six weeks before the election raises serious concerns about the motives of all involved. It also raises serious legal concerns,” Forest wrote. “I am requesting that the Department of Justice review these actions to determine whether any federal laws may have been violated, as these actions will no doubt impact the Presidential, Senatorial, and Congressional elections in North Carolina. Further, I am requesting that the Department of Justice review whether this election interference necessitates federal intervention under the Guarantee Clause of Article IV, Section IV of the United States Constitution.”

Read the Forest’s full letter below: